The Murray family is notoriously quiet about sharing their persona lives but are still fairly active on social media. (Instagram)

He’s not big on sharing his thoughts on games or his on-the-field performance and he’s also not all that inclined to discuss his life off the field. Still, Murray’s family has found its way into the spotlight and the interest in Murray’s life grows every single team the Philadelphia Eagles running back takes a handoff.

Here’s what you need to know about the Las Vegas native, his family and how his childhood has continued to affect his approach to football over the years:

Murray and Mueller tied the knot early this year, during the NFL, offseason in a ceremony that was held at the Four Seasons hotel in Dallas, Texas.

Mueller grew up in Cincinnati and played Kay Bennett for five seasons on the soap opera Passions. She appeared in 659 total episodes before the show ended in 2008. Mueller’s most recent acting role came in the film Vile in 2011.

The couple faced some off-the-field drama in November 2014 when Murray’s former Oklahoma teammate Brendan Clay accused Murray of sleeping with his wife. Clay went on to post several screenshots of Murray’s alleged texts with his wife with some very not safe for work messages. 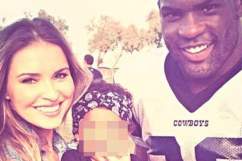 2. The Couple Welcomed Their First Daughter in 2013 & Are Expecting a Son

Murray and his now-wife welcomed their first child, Savanna, in 2013. She served as the flower girl in her parents’ wedding. (Twitter)

Murray and Mueller became first-time parents to their daughter Savanna June in 2013. Their daughter has become a bit of a social media sensation over the past two years and she’s also a big-time fan of her dad’s on-the-field dominance.

The Murray family is about to grow a bit more this year as well. The pair announced that they were expecting a second child on the same day they were got married. Earlier this summer, Mueller posted on Twitter that “DeMarco’s prayers had been answered” and they were expecting their first son.

Get ready for a brand-new future football player.

3. Murray’s Parents Separated When He Was a Child

When Murray parent’s split up, the Murray siblings also split up, heading to different households. (Twitter)

Murray’s parents, Kevin and Loraine, separated when he was growing up in Las Vegas, Nevada. But while the divorce was certainly difficult, it was the decisions afterwards that affected the entire Murray family for years afterwards.

Neither Kevin nor Loraine could take care of all of their children single-handedly and the logistics of moving the siblings back and forth between households every other weekend were impossible. So, the Murray’s decided to split their family down the middle. The boys went to live with their father while the three girls went to live with Loraine. 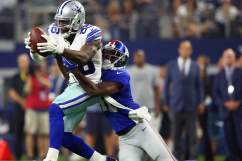 Dez Bryant Breaks Bone in His Foot in Cowboys Victory

4. His Father, Kevin, Worked as a Valet on the Las Vegas Strip

Happy Father's Day to my dad Appreciate everything you've done for me and showing me how to become a man! To all the others Fathers too!..

In order to take care of his sons, Kevin worked as a valet at the Las Vegas’ Hard Rock Hotel on The Strip and the family lived in a small home in a low-income neighborhood. Over the next ten years, Kevin made sure that his sons would find their way out of that same neighborhood.

Kevin made sure his sons, including DeMarco, were focused on their education first. In fact, he once pulled DeMarco off the field for low grades. It only took one time to make sure it never happened again. “He didn’t want me to embarrass him again,” Kevin told NewsOK.

5. All of Murray’s Brothers Have Played Football at Some Level 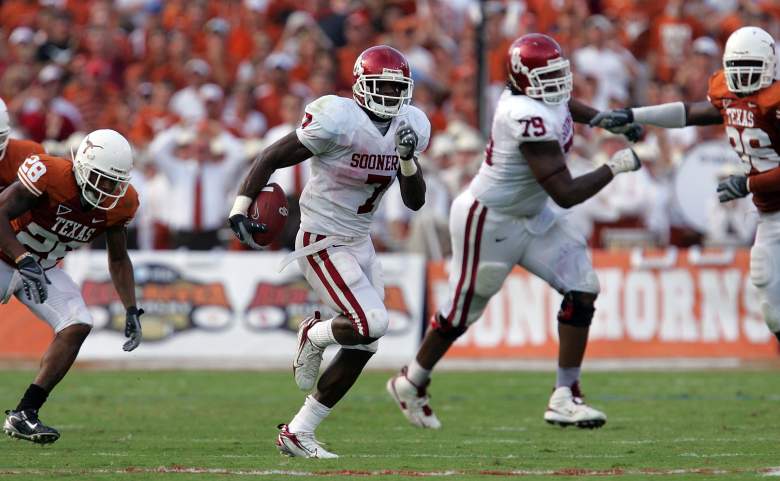 All of Murray’s siblings have played football at some level, although none of them achieved his gridiron success. (Getty)

All five of Murray’s brothers played football in some capacity, either in junior college or college. Although none of the other Murray boys found their way to the NFL, like DeMarco did, they all graduated with degrees.

They’re also still just as competitive as they were when they were growing up.

Kevin Murray coached all of his sons in youth league and DeMarco was always lined up at linebacker. When he went to high school at Bishop Gorman, DeMarco decided he was going to play running back. So, he did, beating out Quinton Carter, his future Oklahama teammate and Denver Broncos defensive back. Murray was constantly driven to compete, both of his own accord and as the fifth of six boys in one household.

It didn’t take long for Murray, competing against his brothers, to learn that no one wanted to hear him hype up his own game. They wanted to see him play. It’s a mindset he’s taken with him throughout his career and even into the NFL.