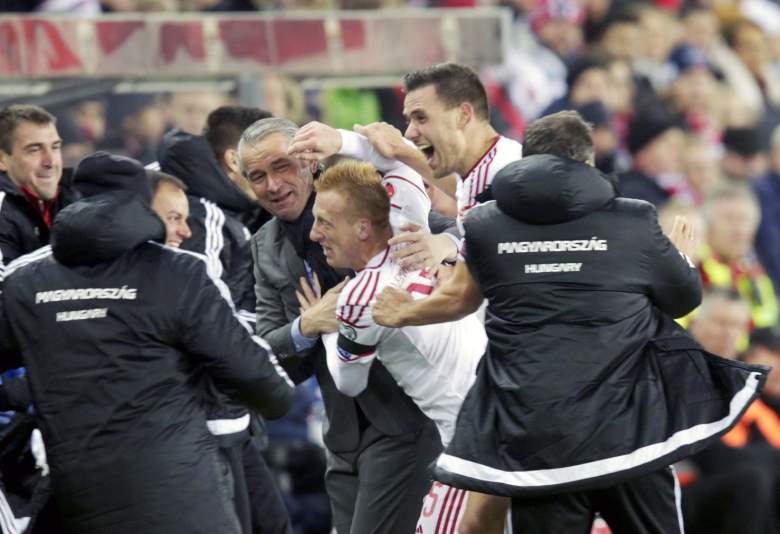 Hungary’s players celebrate during the first-leg play off qualifier football match for the UEFA 2016 European Championship, as they won 1-0 in Oslo, Norway on November 12, 2015. (Getty)

Norway look to regain home field advantage in the second leg of their European Championship Playoff match with Hungary. The home standing Hungarians took home field advantage from Norway with a 1-0 win on November 12, 2015. Laszlo Kleinheisler scored for Hungary in his first senior match, striking for the visitors in the 26th minute, while the Hungarians hung on for the vital win. Hungary looks for their first major tournament berth in 30 years, while Norway has not made a major tournament since the 2000 European Championship. 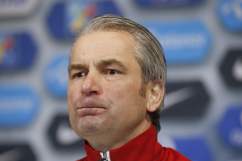 How to Watch Hungary vs. Norway Live Stream Online