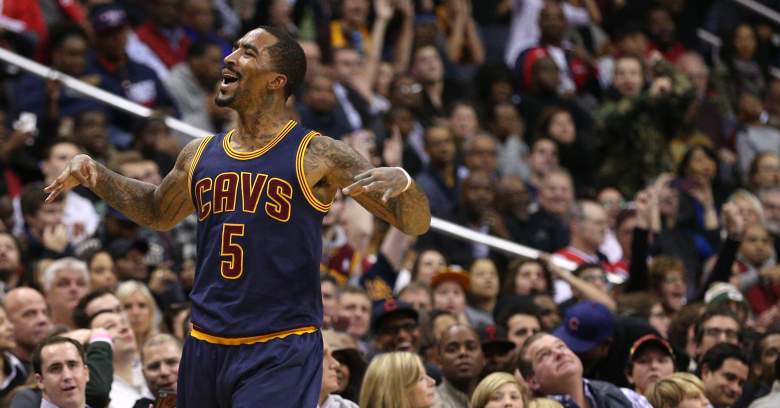 JR Smith was ejected from the game on Monday night. (Getty)

In what was already a contentious game on Monday night, Cavaliers guard JR Smith recorded a flagrant two foul and was ejected from Cleveland’s game against the Warriors. Smith got the foul by running into Golden State’s Harrison Barnes in the second half. You can watch the play below:

Earlier in the game, LeBron James had been whistled for an offensive foul for shoving Warriors superstar Stephen Curry to the ground.

The two incidents came on the heels of a comment that came to light earlier in the day, in which Warriors guard and reigning MVP Stephen Curry declared he hoped the Cleveland arena “smelled like champagne,” a reference to last season’s NBA Finals victory by the Warriors over the Cavaliers. 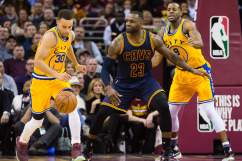