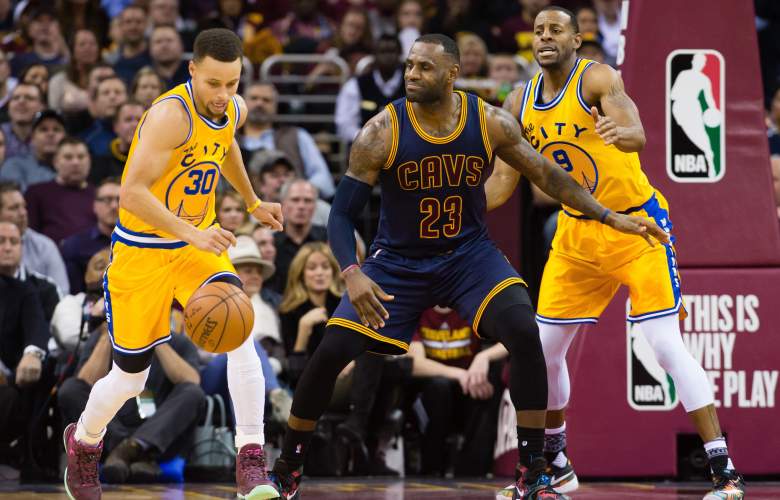 LeBron James got tangled up with Stephen Curry on Monday night. (Getty)

Things got a little big chippy on Monday night in the Cleveland Cavaliers game against the Golden State Warriors at Quicken Loans Arena in Cleveland, in a rematch of last season’s NBA Finals.

Towards the end of the first quarter, with Golden State leading 31-19, LeBron and Stephen Curry got a bit tangled near the top of the key. James appeared to push Curry to the ground, and was called for an offensive foul on the play.

For some added context, earlier in the day, the Cavaliers were reportedly incensed by a reported comment by Stephen Curry that he hoped Clevelend “smelled like champagne,” an obvious reference to the Warriors’ win over the Cavs last June in the championship round.

Watch the play below:

What do you think? Did James push Curry, or was it a bit of a flop from last season’s NBA Most Valuable Player?

Later in the game, the contentiousness continued, as Cavs guard JR Smith was ejected after getting a flagrant two foul for running into the Warriors’ Harrison Barnes. 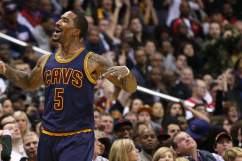 WATCH: JR Smith Gets a Ejected for Running Into Harrison Barnes