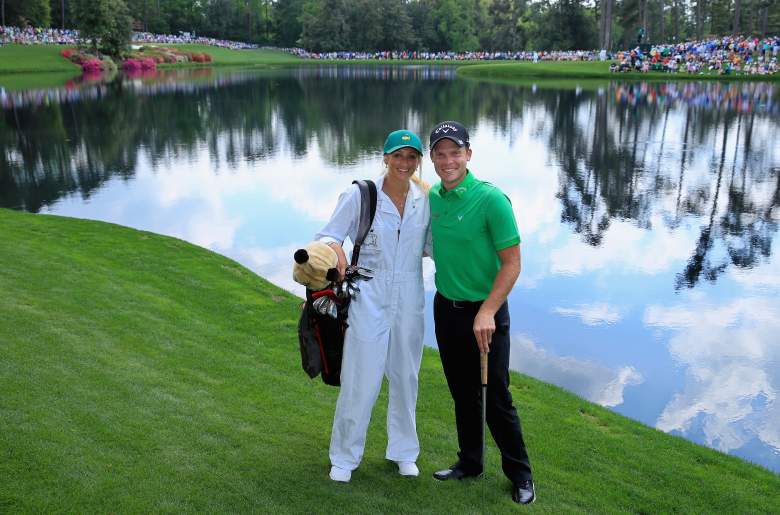 A photo of Danny and Nicole Willett at the 2015 Masters. (Getty)

It was no guarantee that Danny Willet was going to participate in the 2016 Masters let alone wear the green jacket. His wife, Nicole Willett, was expecting a baby boy. Danny said before the start of the tournament he would not play if his wife did not give birth prior to the Masters.

Her due date was April 10, 2016. It was the same date as the final day of the Masters. It turns out Danny did not have to make the tough decision as she gave birth on March 30, 2016 just a few days before the start of the tournament.

The baby came, and Danny was able to head to Augusta. On Masters Sunday, he had a phenomenal rise up the leaderboard to win the Masters. Nicole was watching proudly from England.

It was a script fit for a Hollywood movie as Danny made an improbable run to win the Masters. After finishing the final round, he watched from the clubhouse as Jordan Spieth tried unsuccessfully to overtake his lead. He called Nicole through FaceTime at 11:45 p.m. local time to share the moment together.

Here’s what you need to know about Nicole Willett.

1. She Gave Birth to a Baby Boy Days Before the 2016 Masters

Nicole’s due date was on Masters Sunday. According to NBC, she had a C-section a few days before the start of the Masters.

The baby boy’s name is Zachariah James Willett. It was their first child.

The birth prevented her from traveling to Augusta, but the world watched as Danny spoke with her through FaceTime on live television. She tweeted her support throughout the tournament.

2. Danny Was Going to Skip the Masters if Their Baby Was Not Born 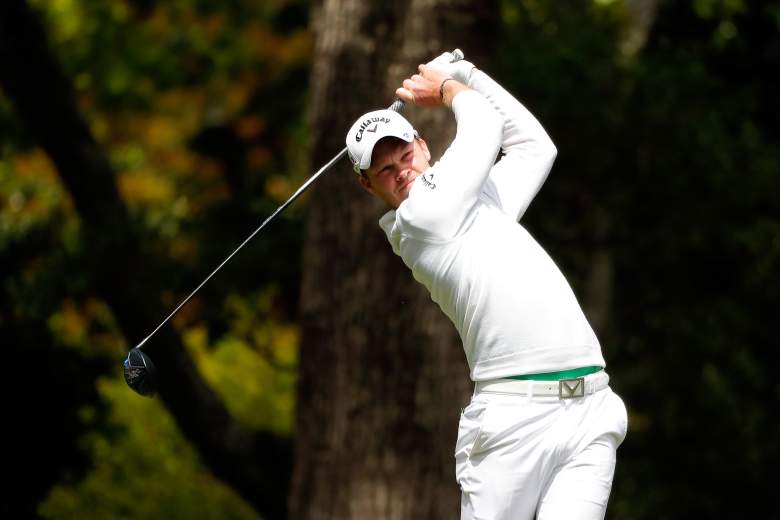 Danny was committed to being with his wife for the birth of their child even if it meant he would miss the biggest golf tournament of the year. He spoke with Sky Sports about the critics of his potential decision:

“People are very small-minded to think that a golf tournament is bigger than the birth of your first child,” he told Sky Sports.

Danny did not have to make that decision as the baby was born just days before the start of the Masters. Everything worked out in the best possible way for the Willetts.

Just weeks after giving birth, Nicole had to watch the Masters from home. She was no less invested as she often took to Twitter to post support of her husband. Here’s a sampling of her tweets during Masters week:

As Danny finished the final round of the Masters, he called her from the clubhouse as he waited to see if Spieth would be able to top his score. It was just before midnight in England as the two spoke and shared the unforgettable moment together.

Been saving the bottle for something special…. Happy bday @Nicolewillett88….. Oh and well done @Danny_Willett pic.twitter.com/r9MS2twKDU 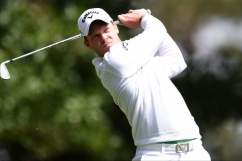 4. They Are Passionate Pug Owners

Danny’s Twitter bio includes “married to Nicole Willett and father to Zachariah and Spike Willett”. That would be their newborn son along with their pug, Spike. Nicole often posts photos of Spike on Twitter:

Lovely day for a spot of sunbathing eh Spike…??? pic.twitter.com/mn9RCOLlVV 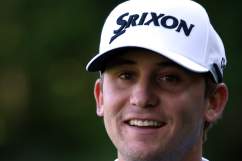 What Is Smylie Kaufman’s Real Name?

5. She Caddied for Danny at the 2015 Masters Par 3 Tournament 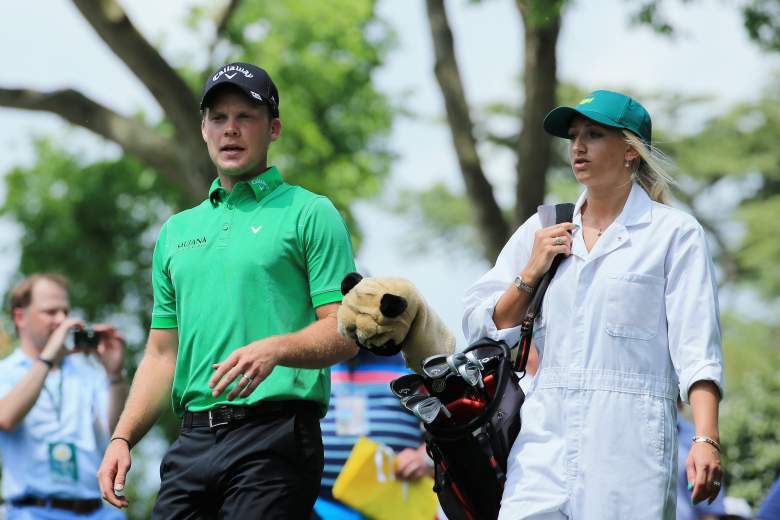 Every year the Masters does a par 3 tournament prior to the main event. It is an opportunity for golfers to have close family and friends as their caddie for the day.

Danny enlisted the services of his wife in 2015. While he did not win the tournament, he finished a respectable -1.

He returned to Augusta in 2016 on his own while his wife watched intently from England. His green shirt fit the results of the final Masters Sunday.

Read More
Golf, Masters 2016
The Masters winner's wife was scheduled to give birth on the day he won the tournament.