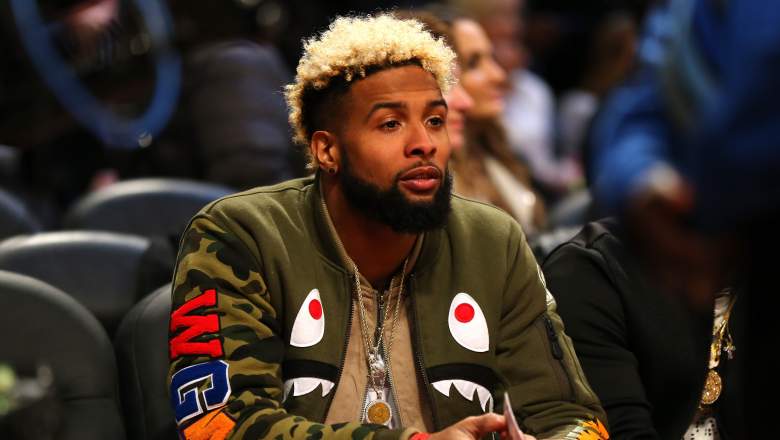 Maybe you’ve heard of her. Does the name Khloe Kardashian sound familiar?

Now these reports are just speculation at this time as nothing has been confirmed, but the two were apparently spotted together the other night in Las Vegas at a party hosted by Drake.

The pair have been the talk of Twitter all Memorial Day weekend.

Here are a few of the tweets:

Rumor Hast It: Khloé Kardashian and Odell Beckham Were Spotted Making Out at Drake's Party https://t.co/eTqFLXIAuQ via @lovebscott

Kardashian is no stranger to dating professional athletes as she was married to Lamar Odom, formerly of the Los Angeles Lakers, and dated Houston Rockets star earlier this year.

Khloe’s sister, Kim Kardashian, has also been bitten by the athlete bug in the past. Kim married NBA player Kris Humphries back in August 2011, though that lasted just 72 days. She dated NFL running back Reggie Bush, as well.

Beckham, one of the brightest stars in the NFL, has been linked to other high-profile celebrities, including model Amber Rose. And apparently, ODB has turned down Rihanna.