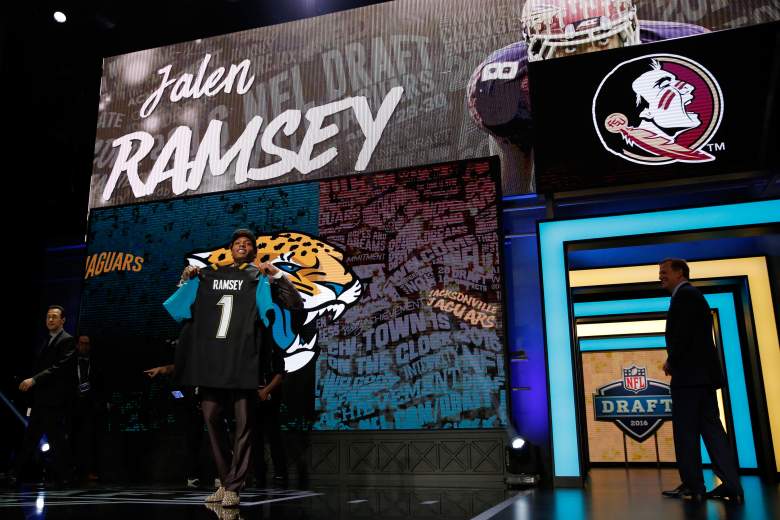 The Jaguars’ 1st round pick Jalen Ramsey could be out for an extended period of time after a knee injury. (Getty Images)

The Jaguars had high hopes after Jalen Ramsey fell to them at number 5 in the latest NFL draft. However, Ramsey has suffered a knee injury in a rookie mini-camp, which NFL Network’s Ian Rapoport says is a “small meniscus tear.” Ramsey is a key to the Jaguars newly revamped defense, which can help them become a contender in the AFC South for the first time in years.

This is the second year in a row the Jaguars’ first round pick has suffered a worrisome injury – last year’s pick Dante Fowler, Jr. missed the whole season after tearing his ACL. Ramsey’s recovery time, however, is still in the air. Dan Graziano of ESPN says his source believes there are two possible recovery times.

This site will be updated as Ramsey’s condition is made clearer. Ramsey himself, however, remains upbeat, tweeting out a positive Bible verse to his followers.