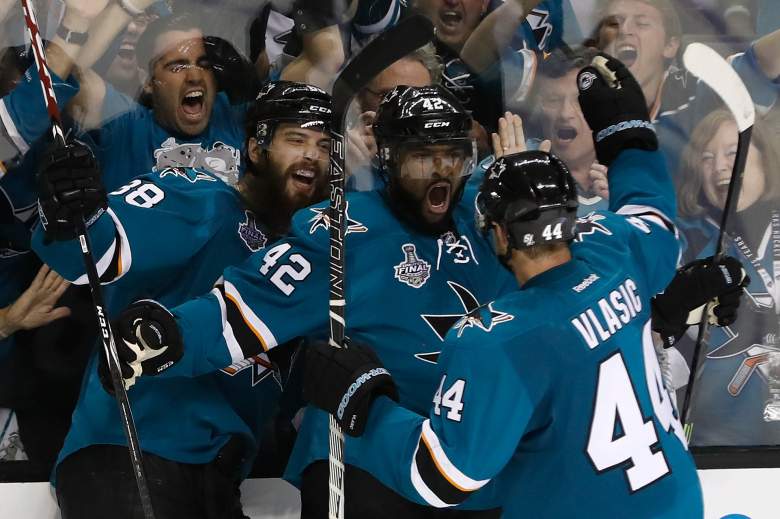 Sharks Joel Ward celebrates his goal with Brent Burns and Marc-Edouard Vlasic during the third period in Game 3 of the Stanley Cup Final. (Getty)

Sharks forward Joel Ward matched a playoff career-high with his seventh goal of the postseason, tying Game 3 of the Stanley Cup Final at 2-2.

Just as San Jose’s power play expired, Ward shot one past Matt Murray in front of a raucous crowd at SAP Center.

Ward has been in the right place at the right time in the 2016 playoffs, scoring goals at crucial moments for the Sharks. Four of Ward’s seven goals have come in the third period. Three of seven have either tied the game or given the Sharks the lead. 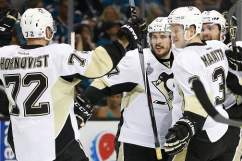