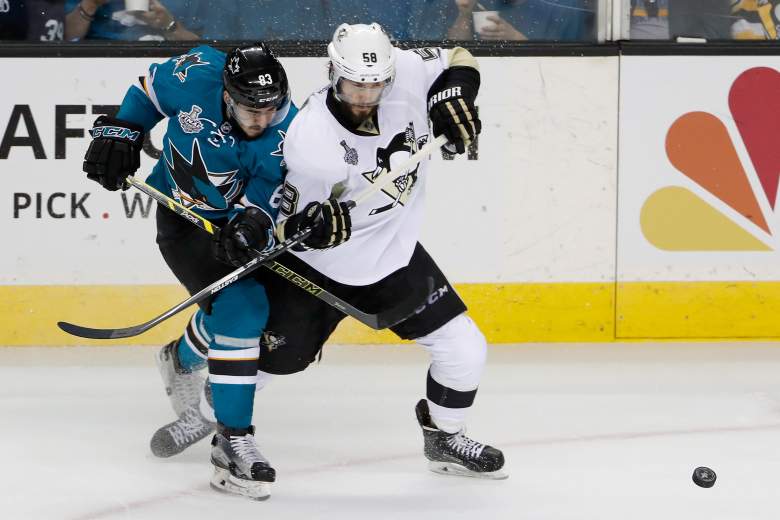 The San Jose Sharks and Pittsburgh Penguins will face off in a crucial Game 6 on Sunday night. (Getty)

Looking for a live stream of Game 6 of the Stanley Cup Final? The options depend on where you live and whether you have access to a cable or satellite subscription.

Unfortunately, there’s no live stream for viewers in the United States who don’t have access to a cable or satellite subscription that includes NBC Sports Network, which is broadcasting the game. If you’re unable to access a live stream, your best bet — aside from going to a sports bar to watch the game — is the radio feed, which you can access via TuneIn Radio.

If you have access to an American cable subscription or you’re in Canada, here’s how you can watch:

If You’re in the U.S. & Have Access to a Cable or Satellite Subscription That Includes NBSCN

If you have access to a cable or satellite log-in and you’re looking to stream the game on a tablet or connected TV, you can do so via the NBC Sports Live Extra App. As is the case with desktop, you will need a username and password for a cable subscription to authenticate the stream.

If You’re in Canada

There is no desktop live stream available to viewers in Canada. However, Canadian viewers can watch the game for free — no log-in required — via the CBC Sports app.

How to Listen to the Game Live Online

If you’re unable to access a live stream but are interested in listening to the game online, you can do so via TuneIn Radio, which offers feeds for the Sharks broadcast and the Penguins broadcast.

You can listen to both teams’ broadcast feeds via the TuneIn app.

The San Jose Sharks have a chance to even the best-of-seven series at 3-3 on Sunday, while the Pittsburgh Penguins look to close out the final, and head home with the Cup.

The Sharks defeated the Pittsburgh Penguins, 4-2 in Game 5 and forced a return to San Jose.

As the series shifts back to SAP Center for Game 6, the Penguins hold a 3-2 series lead over the Sharks.

Sharks defenseman Brent Burns is coming off an excellent performance in Game 5. He scored the first goal to give San Jose its first lead of the series.

However, it has been goaltender Martin Jones who has kept the Sharks in this series. He made history in Game 5, finishing with 44 saves, which is the most by a netminder in a Stanley Cup Final regulation game.

It will be crucial for the Sharks to find a way to start fast and score first in Game 6.

Pittsburgh outshot San Jose 46-22, and dominated puck possession. However, it wasn’t enough to pull through with a win.

Evgeni Malkin and Carl Hagelin contributed with two goals in the first period to tie the game 2-2. 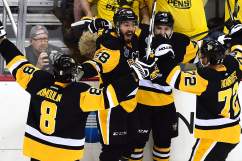