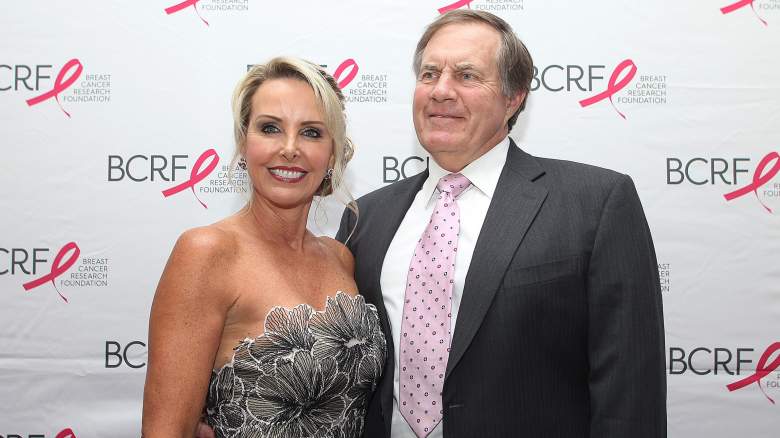 New England Patriots head coach Bill Belichick is a six-time Super Bowl champion, a three-time AP NFL Coach of the Year and a member of the 2000’s All-Decade Team.

From his girlfriend, Linda Holliday, to his three children who are all involved in sports, to his new grandson, Belichick has waves of support around him as he attempts to become the first man in NFL history to win five Super Bowls as a head coach.

Here’s everything you need to know about his family:

1. Both of His Sons Work on the Patriots Staff 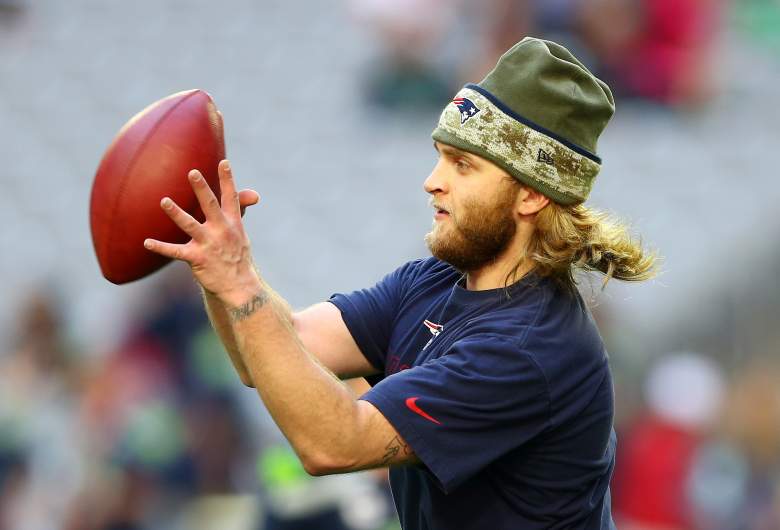 Steve Belichick warms up with the players before Super Bowl XLIX. (Getty)

When the Patriots take on the Atlanta Falcons Sunday, there will be three Belichicks vying for a Super Bowl ring.

Belichick’s middle child and oldest son, Steve, who played four years of lacrosse at Rutgers University and walked onto the football team as a long snapper, spent four years as a coaching assistant for the Patriots before being promoted to safeties coach prior to the 2016 season.

“He’s not just Bill Belichick’s son,” said Pats safety Devin McCourty. “He’s a guy who’s put in a ton of work to get where he is.”

Youngest child Brian, who attended Trinity College where he also played lacrosse, was hired as a scouting assistant this year.

Amanda Belichick didn’t plan to get into her dad’s profession. But some things are fate. (by @jacobfeldman4) https://t.co/iFdTWi5UXj pic.twitter.com/NZForqW4VW

Belichick isn’t the only head coach in the family.

His oldest child and only daughter, Amanda, was a four-year star lacrosse player at Wesleyan University before entering the coaching ranks. She was an assistant for a year with UMass, spent three seasons with Ohio State, served as head coach of Wesleyan for two years and is now set to enter her second season as Holy Cross’ head coach.

Though she has certainly learned plenty of trade secrets from her dad, Amanda is making sure she isn’t just known as Bill’s daughter.

“I’ve been really impressed by how she’s her own person,” Holy Cross athletic director Nathan Pine told Sports Illustrated‘s Jacob Feldman. “She has her own vision about what she wants to do. And she grew up in that environment. She’s comfortable with it.”

3. His Father Was a Renowned Football Scout

For those counting at home, that’s Belichick and all three of his children involved in coaching in some aspect. And it doesn’t take long to see where the coaching DNA comes from.

In 1956, Belichick joined the US Naval Academy, where he spent over 30 years as a scout and wrote “Football Scouting Methods,” which is regarded as one of the best of its kind of all-time.

Not only did Steve cement his legacy during his days at Navy, but it was during that time he began to pass on his knowledge to his son. During the week leading up to the Super Bowl, Bill recalled his early football moments with his dad:

I grew up going to Navy practices and meetings he would have with the team. He scouted Navy’s upcoming opponent, so on Tuesday nights, he would go over to the field house, the team would come over and he would watch the film with them. Back in those days players would go both ways, so you would watch continuous game film — offense, defense, special teams — but the same guys were out there playing. I’d go over there with him and sit with him, listen to him talk to the team about ‘here’s what they’re going to do,’ ‘here are the keys.’ Talk to them from a scouting standpoint.

As it goes back to my dad, I’d say hard work and preparation. To go to a game and watch him scout the game, it was an unforgettable experience.

4. His Girlfriend Has Twin Daughters

About a year after Belichick and his first wife, Debby, divorced in the summer of 2006, he began a relationship with Linda Holliday, and the two have been dating ever since.

“I think he’s enjoying himself. I think he’s got a lady in his life, so that could definitely be the case,” said former Patriots wide receiver Wes Welker back in 2012.

Holliday, a former Mrs. Arkansas runner-up, is the Executive Director of the Bill Belichick Foundation and is almost always spotted in attendance at Patriots games. She has twin daughters, Ashley and Katie Hess, who run the fashion blog The Party of Two. 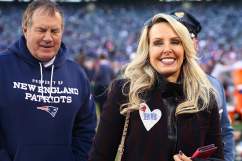 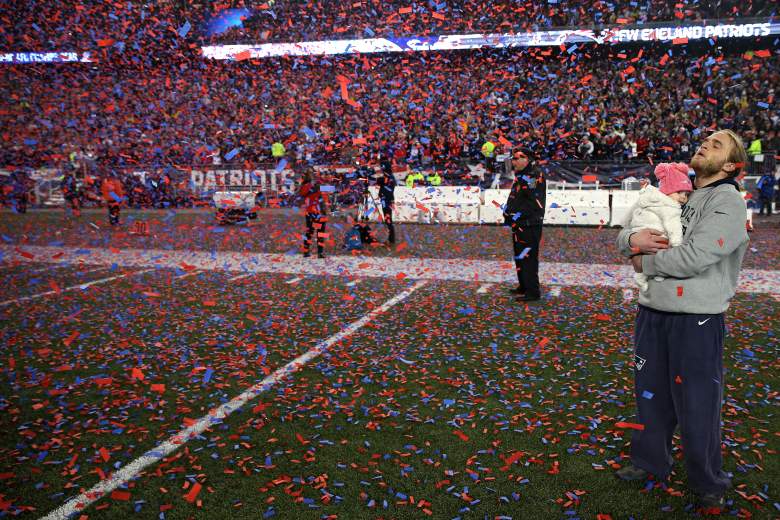 Steve Belichick with his daughter. (Getty)

In October 2016, Steve Belichick and his wife welcomed their first daughter, Blakely Rose, to the world.

“We have a roster addition to announce this morning, which is a little different than the usual one. The emphasis would be on little,” Belichick announced during a conference call. “We can add newborn Blakely Rose to the depth chart. She was born this morning to my son Steve and the real MVP, Jen. So this is a happy and exciting day for all of us.”

Read More
Bill Belichick, New England Patriots
Bill Belichick has waves of support from his family, from his girlfriend Linda Holliday to his three children who are all involved in sports and coaching.