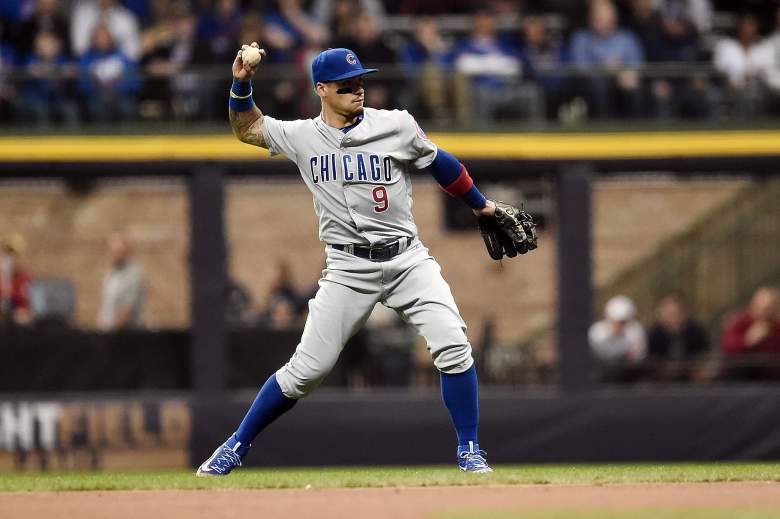 Chicago Cubs infielder Javier Baez suffered a left eye contusion after a scary collision in the outfield during a game Friday against the Milwaukee Brewers.

With game tied 1-1 in the sixth inning, Baez pursued a short flyball to center field and collided with outfielder Jason Heyward. His face struck the inner thigh of Heyward and he laid on the ground after hitting him.

Watch a video of the collision below.

Baez got up slowly and was helped to the locker room and he didn’t return to the game.

The Cubs drafted Baez with the ninth overall selection in the 2011 MLB Draft and first appeared in the majors late in the 2014 season.

In the National League Championship Series, Baez was selected as a co-MVP after he hit .318 five five RBIs for the series win against the Los Angeles Dodgers. 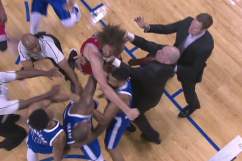