The Falcons put on a dominant performance against the Packers.

The Atlanta Falcons had quite the house warming party for Mercedes-Benz Stadum. Atlanta not only used Sunday Night Football to showcase their new stadium, but also proved there are no signs of a Super Bowl hangover after blowing a 28-3 lead in last year’s big game.

The Denver Broncos forced the Dallas Cowboys into playing one the worst games Dallas fans have seen in years. Denver’s defense stifled the Cowboys offense until it was too little, too late. The Cowboys offense looked out of sync as even Ezekiel Elliott could not get going.

Just seven teams sit at 2-0. Three of these teams reside in the AFC West as the Raiders, Broncos and Chiefs are all tied for the division lead. There was no letdown in Kansas City, as the Chiefs followed up their big win against the Patriots with another victory against the Eagles.

The Carolina Panthers are also one of the 2-0 teams, but had a difficult Sunday. Cam Newton is banged up, and tight end Greg Olsen broke his foot.

The AFC North is also off to a strong start with the Pittsburgh Steelers and Baltimore Ravens both sitting at 2-0. It is still early in the season, but there has been plenty of parity across the NFL to start the season.

We will continue to update these rankings after the Monday Night Football game featuring the Lions and Giants has been completed. Here’s a look at Heavy’s latest NFL power rankings. 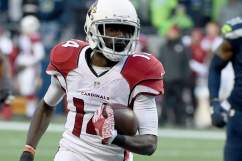