6. Hulk is One of the Strongest Characters in the Game

• As far as the Bruiser class goes, Hulk (Modern) is one the best characters to keep on your team. You get him at the start of your time with the game, but you’ll wanna make sure you level him up and keep his around for future skirmishes. His special ability (Gamma Smash) does a ton of damage and upgrading it should be a priority. This big, green brute should be at the top of your list when it comes to strengthening your roster.

• Here’s the full suite of super heroes you can use in battle (note that each character comes with a star rating that ranges from one to five):

• Check out our listing below to get notified off all the famous Marvel villains you’ll come across:

LevelWinner.com made sure players know that pulling off more damage against the game’s baddies entails switching out your character in the middle of a fight:

This will require some thinking on the fly and it may take some practice for newer players, but one great way to get a leg up on the enemy is by quickly swapping your characters. For example, you can counter a scrapper enemy by swapping your existing character with a Blaster.

10. Here’s the Types of Rewards You Can Garner from Participating in Events

Playholic.com let players know what they can acquire in rewards after competing in the game’s Events:

Each Event has separate categories of rewards. The first set of rewards is by Tiers rank. You will earn them only after an event ends. It usually takes a few days or a week for an event to end. Keep winning missions to rank high on the leaderboard. The higher the rank, the more rewards you will get. Make sure you stay within the 1-10 rank range until an event finishes to earn maximum rewards. The second category is by Event Points (EP). This grants rewards instantly after you reach an EP total. EP’s are earned when a mission gets completed. They are calculated based on the damage dealt per player. Beat up more enemies, collect EP and earn rewards once you reach a points total of 250 and above. 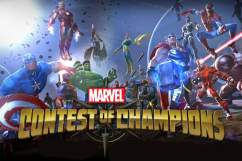