Here are the top 10 tips/tricks/cheats you need to know for AlphaCat.

1. Get a Fresh Loot Wheel

• Sometimes when you go to the Loot Lab wheels, they’ll appear to have nothing you really want on them. For example, what if you have crew members that like Vegetables and Sweets, but the Snack Wheel is only showing Meat and Fruits? If you want to change these results, all you have to do is spin the wheel one time, back out of the loot wheel, and then re-enter. Voila! There is a new random loot lab wheel with hopefully more of the snacks that you’re looking for.

• Many enemies in AlphaCat can simply bypass your shields and attack straight at your health bar. When in combat, you can press and hold on an enemy to inspect them. This brings up their stats and information. Press and hold on their attack type, and you’ll see what kind of damage they do. Try to take out those opponents that do physical damage first.

3. Do Your Daily Quests – Multiple Times in a Day

• Don’t forget to check your Daily Missions. Simple tasks you complete while playing can also mean big rewards. A Daily Quest is made up of three separate mission objectives. You win gems for completing each of these mission objectives. After completing all three objectives, you get three awesome treats to help level your crew members, and another new set of three Daily Missions immediately reappears. Keep those bonuses rolling.

4. Anticipate the Next Big Fight

• When you’re about to wrap up a smaller fight and know you have a bigger fight ahead of you on a map, try clearing out small sets of matches to set yourself up for really big chains of matching tiles in anticipation of that next fight. That’s right; your tile formation from one fight will carry into the next. Match wisely.

• AlphaCat isn’t just a matching game or a rogue-like dungeon crawler, but it also has an RPG aspect to it where you level your Crew Members through participating in battles with them or by feeding them snacks. Don’t ignore this aspect of the game and forget to level up not only your crew members, but also upgrade their basic, active, and fury attacks. A strong crew member is a great asset to the team.

• This may seem counter-intuitive at first, but sometimes a shorter chain of matching tile connections can do more damage than a longer chain. How? If a chain matches the color of one of your crew members, they’ll attack alongside you.

7. Use Your Fury Abilities Wisely

8. Lock Down Your Legendaries

• Have a crew member you can’t live without? Make sure to click the lock icon in the top right corner when viewing their character sheet. This will help make sure you don’t accidentally turn them into stardust and make it easy for you to safely turn “the fodder” into stardust without thinking twice.

9. Use Your Cloaked Stations During Downtimes

• Playing through a world of AlphaCat will take some fuel and eventually you’ll run out and either have to wait for your fuel to regenerate or watch an advertisement for some free fuel. However, the Cloaked Station levels in AlphaCat don’t use your fuel; instead they use Deactivated Beacons, which you will naturally find during your regular game play. By the time you’ve finished playing through a Cloaked Station, you will have naturally regained some of that precious fuel and kept the action going at the same time.

• Don’t forget to Log in every day to get a daily bonus. Seven days of logging in will get you a free Golden Crew Pod, which contains a chance at winning an elusive legendary crew member. You’ll also have a chance to earn treats, gems and more…even if it is just a quick stop off in your daily routine. 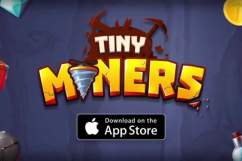