During Gamescom 2017 the team at Digital Foundry had a chance to sit down and play The Elder Scrolls V: Skyrim on the Nintendo Switch. Digital Foundry is known for their videos breaking down game performances across various platforms and that’s just what they did with Skyrim on the Switch.

The secret has been out for a while that the Switch is by no means the most powerful console in the world but it has shown that it is capable of running some rather big games. The Legend of Zelda: Breath of the Wild ran at 720p/30 FPS handheld and 900p/30 FPS while docked so it shouldn’t be much of a difference to run Skyrim with a similar performance. The team spent time with Skyrim in its handheld form but did not get a chance to test it out while docked.

Digital Foundry found that the game is running at native 720p with a smooth 30 FPS. It’s worth nothing that the screen on Switch can only output in resolutions up to 720p so it’s possible the docked performance will result in a higher resolution such as 900p or even 1080p. Although the game is six years old, it’s still impressive to see such smooth performance in the handheld mode.

Skyrim on Switch Hands-On: Nintendo's Gamescom Surprise!John and Rich deliver the first videocast from Gamescom 2017 – and it's a surprise hands-on of the Switch version of Skyrim. It's looking impressive! Subscribe for more Digital Foundry: http://bit.ly/DFSubscribe2017-08-23T10:18:23.000Z

It’s still unclear whether the Switch is receiving the vanilla port, the Special Edition or something in between the two. Just a quick glance at the graphics shows it looks better than the vanilla version but it’s tough to say for certain without playing it yourself.

What we do know is the Nintendo Switch version will feature amiibo support, as seen in the E3 2017 trailer. The trailer only shows one amiibo being used so it’s possible there could be support for even more in future or at launch. According to the webpage for Skyrim, we know all of the DLC released for the game is being bundled in with the game so players are getting the complete experience right out of the box.

We’re not sure how many people are out there that haven’t played Skyrim yet but if this is your first time, it is looking like this will be an excellent port. On top of the amiibo support and packed in DLC, this version also features optional motion controls which is a first for the game. This will be the first version of the game that is fully portable if you don’t count running on a laptop which is very impressive – even for such an old game. 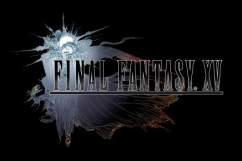 Read More
Nintendo Switch, Skyrim
A surprise to be sure.