Here are the top 10 tips/tricks/cheats you need to know for Dissidia Final Fantasy: Opera Omnia.

1. Cut a Foe’s Bravery Down to 0, Then Lay on the HP Attacks

• When a battle begins, focus on bringing an enemy down to their Bravery Break status. That means you need to badger them with Bravery Attacks until their Bravery Points deplete to 0. That way, you’ll be able to gain more Bravery Points for your party members and dish out stronger HP Attacks. This method will make your battles against a sole boss or multiple baddies a lot easier to deal with. Cutting down one enemy at a time with Bravery Attacks near the start of your journey is a smart move. But further down the line, it’s best to spread out your Bravery Attacks amongst the enemy party (especially when an enemy’s preparing to launch a strong attack). Focusing your attacks on a single enemy also makes it more likely that you’ll finish them off with a Knock Back leading into a Chain Attack.

• You can get all the info you need about an enemy’s weaknesses before and during a battle. Make sure you pick the right party to deal with the upcoming battle. For instance, add a spell caster to your current roster to deal with enemies who have a strong defense against physical attacks. And more specifically, pick a spell caster who has the ability to throw out a specific elemental attack against the enemy that’s weak against it.

3. Make a Play For Hard Mode and Event Quests When You’re Strong Enough to do so

• Once you complete a chapter, you have the option of heading back in and tackling all of its battles again in Hard Mode. It’s best to make an attempt at attempting these tougher battles when your party is properly leveled up. Completing Hard Mode battles is a great way to farm as much EXP as possible and level up your characters even more. Leveling up your characters increases your total rank, which nets you extra rewards. Event Quests tend to be tough as well, so apply the same train of thought to them as you would with attempting Hard Mode.

4. Try to Enhance Your Weapons and Armor With Gear From the Same Item Class

• Enhancing your weapons and armor is a pretty simple process. You can level them up using Power Orbs and other item enhancers, plus you can sacrifice gear to accomplish the same task. When you obtain a good number of weapons and armor for a specific character or from a particular gear class, use the weaker ones towards strengthening the stronger weapon you currently have equipped. Enhancing your gear with the same equipment makes it stronger through the process of limit breaking. Maxing out a weapon/armor’s levels after three limit breaks turns affinity abilities into passive ones, plus it increases that gear’s rarity level.

5. Focus on Using the Relic of All Knowledge and Book of Training Support Items

• During your adventure, you’ll gain access to the following Support Items – Relic of All Knowledge, Book of Treasure, Book of Fortune, and Book of Training. Before you use one, make sure you’ve completed all your menu tasks (putting together your party, enhancing characters/gear, going to the shop etc.). Activating any of those items starts the 30-minute time limit, which means it keeps on running no matter what you’re doing. The Support Items you should rely on more than anything are the Relic of All Knowledge and Book of Training. The first item provides you with twice the amount of EXP, gil, and items from completed quests. The second item helps you obtain twice the amount of EXP from completed quests. Your journey should be all about leveling up your character’s as much as possible first, so those two Support Items are the right way to go.

• So of course, this Final Fantasy experience lets you call Summons into battle. During the tutorial period, you’ll automatically acquire Chocobo. After that, you’ll get the chance to select your second Summon for use in battle. The one we recommend picking during this early portion of your journey is Sylph, who restores 300 HP/Bravery to your party when activated. Once you unlock the rest of the Summons, link any of them up with different party combinations. For instance, a strong party can become even more formidable when aligned with Ifrit thanks to its Blessing (it raises ATK by 5-percent at MAX HP).

7. Always Utilize the “Auto” Option to Equip Your Characters

• Over time, you’ll unlock a whole bunch of extra weaponry and armor. When you spend some time equipping your characters with more powerful equipment, it’s always bets to let the game outfit them. Tapping on the “Auto” tab will command the game to give a character their most recommended gear out of the equipment you currently have in your collection. This option saves you time and quickly equips each member of your roster with the best gear in their possession. Plus it automatically equips them with their best passive abilities.

8. Make Sure You Pick Your Strongest Party Member as a Support Fighter (and Pick the Strongest Support Character to Employ in Battle and Follow)

• At a certain point, you’ll be able to call on other human players’ chosen character in battle. Choose a new one every time before a battle by scrolling through the whole list of them, finding the strongest one, and selecting them. Following the player attached to the character you’ve just chosen gives them more turns to participate in battle. Make sure you repay the favor to the game’s community by also making your strongest fighter available as a Support fighter. You can do that by going to the “Settings Menu”, clicking on “User Data”, then choosing your Support fighter through the “Change Support” option.

9. Always Check in on Missions to See What Dailies, Player & Events are Active

• Judging by how addictive Opera Omnia is, it’s easy to see that logging in every day will be an easy task to accomplish. Dailies will always be available for you to complete, so make sure you log in every day and knock them out to get your rewards. Completing Player missions and Events will also net you even more goodies, so make sure you complete them as well if you can. Always check in on the “Missions” tab to see what you’ve completed so you can never miss out on any goodies. There’s also Daily Login bonuses to acquire by playing everyday, so make sure you get those too.

10. Make Sure You Log-In Throughout the Month of February 2018 for Special Bonuses

• To commemorate the launch of Opera Omina, Square Enix is throwing a whole bunch of bonuses at everyone playing the game through the month of February 2018. A lot of gems will come your way if do just that and by backing up your data with Facebook (the game will give you directions on how to make that happen). It looks like this game will present a reward event on a monthly basis. Read up on what’s in store for February 2018 straight from Square Enix below:

– Pre-Registration Reward: Following the large number of fans who took part in the pre-registration campaign, all players who log into the game before February 28 will receive 5,000 in-game gems, a valuable in-game currency.

– Login Bonus: Throughout the month of February, players can collect 300 gems each day for up to 20 days (6,000 gems total) just by logging in.

– All-Stars Draw: The “All-Stars Draw” features gear for the 25 playable characters available at launch. The first summon is half-priced through February 28, and players are guaranteed one five-star rarity weapon. 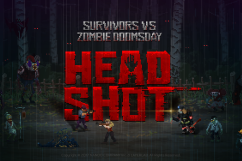