We’ve now entered yet another week of Fortnite Season 4 and that means there are plenty of new challenges to complete as we move towards the end of the season.

Now that we’re at the midway point of October, all eyes on Fortnitemares, but before we get there, we likely have both Week 8 and 9 to get through.

Not to worry, we know many players out there are trying to unlock all the different Fortnite Marvel skin variants, which means they have to level up well past 100, and that can only be done by collecting as much XP as possible.

Doing the weekly challenges is a good thing to do for leveling up, but those can only take you so far, so you’ll have to also do the daily challenges each time you log in.

Something else that can help get you over the hump are the weekly XP coins. New coins pop up each week and can actually be a good source of experience. Here’s where to find the new slate of them. 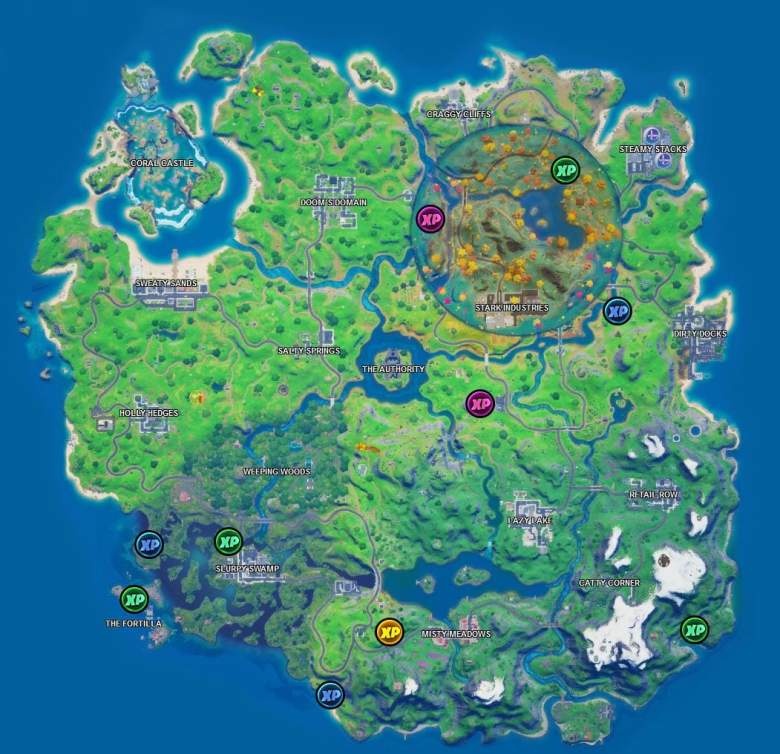 According to the map from Fortnite.gg, this week’s set of coins will be largely absent from the northwest portion of the map.

After having practically nothing in Slurpy Swamp the entire season, there’s finally a few around that area, perhaps putting an end to the rumors that the area could transform into a new POI for Fortnitemares.

All in all, collecting all of these coins shouldn’t take too long since you can just land in the general area of them in a match and scoop several up at the same time. You don’t have to get them all in one game, so you also have that going for you.

There Are Many Skins to Grab

Getting special silver and gold variants for Battle Pass skins is nothing new, but many players might feel the need to get as many of them as they can.

This means you’ll need to essentially complete two whole Battle Passes, which is no small feat. There’s still plenty of time to get this done, so just stay patient and do as many challenges as you can!