The 19-year-old student Asher Vongtau was found by the New York Fire Department on November 3 wedged between two Manhattan buildings. He now lies in serious condition in Bellevue Hospital after being trapped in an 18-inch-gap for two days, reports CBS New York. In order to free him, firefighters had to cut through a concrete wall.

Here’s what you need to know about Vongtau and the mystery about how he wound up in such a precarious position:

1. He Was Last Seen Running Upstairs During a Fire Alarm

Vongtau went missing on the morning of Saturday November 2 when a fire alarm went off in his dorm building at 80 Lafayette Street in downtown Manhattan (below). Friends told investigators they last saw Vongtau running upstairs in the 17-story building while everyone else was running down to the exit.

When friends couldn’t find Vongtau after the fire alarm was canceled, they became worried. Speaking to CBS New York, friends said that dealing with campus security and the NYPD was frustrating. Eventually they had to tell Vongtau’s mother that her son was missing and have her file a missing persons report. 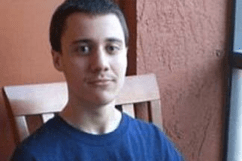 Paul Anthony Ciancia Pictures: All of the Photos of the Suspected Gunman

3. A Security Guard Found Vongtau When He Was Asked to Search the Roof

He was found when a security guard located his phone on the roof of the dorm building on the evening of November 3. Soon after he could hear Vongtau moaning in the space between the dorm building and the parking garage. The missing teen’s friends told reporters that they had to force campus security to search the roof for Vongtau.

4. His Father Has Tweeted His Gratitude After His Son Was Found

How the the 19-year-old got stuck between the buildings is a mystery. His father in Nigeria has been tweeting about his son’s rescue:

Mother of NYU student trapped for 2 days concerned about son's condition and how he got into tight squeeze. pic.twitter.com/Sw5sa94ww5

His mother, Habiba, told The Daily News, “My son is the most responsible kid in the world. So many thoughts went through my head: Did he get hit by a car? Did he get attacked? Was he lying somewhere hurt? It was just crazy.”

As of November 3 she was en route from Pittsburgh to New York City to be with her son. She added to The Daily News that she had spoken to him briefly on the phone just before he was taken to hospital, “He was pretty weak, but he was able to say ‘hi,’ I asked ‘Are you in pain?’ He said he is, but it’s nothing he can’t handle.” 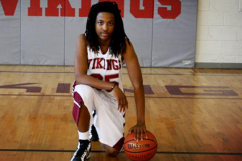 The Daily News reports that Vongtau has suffered a broken skull, pelvis and arm in addition to contusions on his lungs and spleen.

He is a sophomore at NYU. According to his Facebook page he’s a fan of the LA Lakers and soccer team FC Barcelona.

Read More
5 Fast Facts, Breaking News, New York
Asher Vongatau was found trapped between two buildings in New York City. He was stuck in a gap of 18 inches and is in serious condition in Bellevue Hospital.