On her Instagram acount, she posted the photo below, which is one of the three incriminating ones that led to the split.

Here’s what we know about the young woman who’s causing some drama.

1. She Was a Russian Gymnast

The video above, taken in 2003, shows a much younger Sevastyanova perfecting a very complicated routine.
At just 10 years old, you can see her already excelling in her field.

After she completed the London Olympics, she retired from the sport.

3. She Participated in the London Olympics & Won Most Beautiful

Sevastyanova was voted the most beautiful female athlete from the CIS countries participating at the 2012 Olympics.

With her teammates Uliana Donskova, Anastasia Bliznyuk, Alina Makarenko, Anastasia Nazarenko, and Ksenia Dudkina, she won gold at the 2012 Summer Olympics group all around.

Here is her profile on the Olympics‘ official page.

According to the event’s Facebook page, “Miss Valentine is the biggest international gymnastics tournament in Estonia.”

5. She Plans on Going to College

According to Wikipedia, she wants to attend Moscow State University and become a broadcaster. 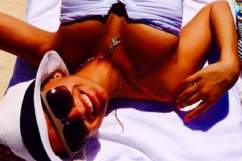 Karolina Sevastyanova Photos: The Pictures You Need to See 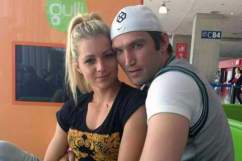