Alicia Louise Cipicchio has been identified as the woman killed this week at Burning Man, the annual festival of freewheeling expression that forms a popup city in Nevada’s Black Rock Desert.

Here’s what you should know about Cipicchio and the freak accident that cast a pall over this year’s reveling.

1. She Was Killed by a Fur-Covered Bus Called ‘Shagadelica’

A staple of burning man is the ubiquitous art cars — elaborately modified and decorated vehicles that epitomize the artistic ambition and creative spirit of Burning Man.

Sometime after midnight on Thursday morning, Cipicchio was run over by one of the art cars, a double-decker fur-covered bus dubbed “Shagadelica,” according to this Burning Man blog. It’s believed she may have fallen from the bus before landing under the wheels.

Burning Man co-founder described the incident to the San Francisco Chronicle as “a terrible accident. … Our thoughts and prayers are with her family, friends and campmates.”

You can see the bus in the video above. The Shagadelica website describe’s the vehicle’s “vision”:

Shagadelica is the ultimate night club on wheels. Featuring a fully equipped DJ booth, an array of multi-beam laser sky projectors and lights, 32,000W of high quality sound, and a full bar, Shagadelica cannot be missed.

Its Kickstarter page describes it as a “glow fur desert ship.”

2. She Worked as an Art Gallery Manager

Inside the RARE Gallery, where Cipicchio worked. (Google Maps)

Cipicchio, 29, worked as a gallery manager at the Rare Gallery of Fine Art in Jackson, Wyoming, according to her Facebook page. The gallery is regarded as one of the best in the country.

She studied art at The University of North Carolina at Greensboro.

3. A Landslide Forced Her to Abandon Her Home in April

During the Budge Drive landslide that occurred in April 2014 in Jackson, Wyoming, Cipicchio was forced to urgently evacuate her home. The power of the April 2014 Jackson landslides was detailed in the above CBS News clip.

According to a community newsletter about the incident:

A Jackson News article showed Cipicchio looking anxious at a town hall meeting about the landslides.

4. Her Philosophy Was ‘Love Your Neighbor’

Her profile on Couchsurfing.org gives more insight into Cipicchio’s interests and character:

5. The Last Death at Burning Man Was 7 Years Ago

Though the festival is known for rampant drug use, giant burning sculptures and bizarre makeshift vehicles, its track record for safety isn’t so bad. NBC Bay Area reports the last Burning Man death was seven years ago “when a woman died when she fell under a trailer being pulled by a bus, promoter Jim Graham said.”

The San Francisco Chronicle reports that another death occurred 11 years ago:

In 2003, Katherine Lampman of Belmont died at the event when she fell from an “art car” and was run over by its wheels. Lampman, 21, was a student at the Academy of Art College in San Francisco and an aspiring photographer. 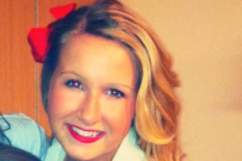