A beloved teacher at a California high school hanged herself to death in her classroom and was discovered by horrified students this morning as they arrived for class. Jillian Jacobson, 31, had worked for eight years as a photography instructor at El Dorado High School in the Orange County town of Placentia. Her students and colleagues described her in glowing, inspirational terms.

Here’s what you should know about this devastating school tragedy:

1. She Was Found Hanging From the Ceiling

Students arriving for Jacobson’s first class of the day found the classroom locked and summoned another teacher to open it. When they were let into the room, students witnessed their teacher hanging from the ceiling, authorities told the LA Times. She was lowered to the floor before emergency services arrived. Jacobson left no note.

The OC Register reports the Placentia police Lieutenant Eric Pointe told the media, “When police and fire arrived, the teacher was in cardiac arrest. After several minutes, she was declared deceased at the scene.”

The OC Register quoted students who said Jacobson’s father had committed suicide, and she often discussed suicide awareness with her students. One of her students, Leo Amayas, told the Register that Jacobson “gave no signs of being depressed or sad.”

3. She Said Her Students ‘Always Keep Me on My Toes’

Jacobson was featured in the Association of Placentia-Linda Educators Spring 2010 newsletter.

A Spring 2010 school newsletter that “Ms. Jacobson had 100% of her AP kids pass!” The same page also has a quote from Jacobson that reads, “Today is a great day to take pictures! I really enjoy working high school students, they always keep me on my toes. This year I had 25 students take the AP photo portfolio, more than ever before.”

A profile from her work as a camp counselor for summer programs at Cal State Fullerton details her undergraduate and graduate degrees in fine arts and education:

As part of the Art Camp teaching staff, Jillian has taught ceramics, black and white photography, and digital photography. Currently, she teaches photography at El Dorado High School. This summer she will be teaching print making as well as unique painting techniques. She holds a BFA in Ceramics and Glass, a BA in Art Education, and an MS in Educational Leadership. She also has a Single Subject Teaching Credential in Art and a Tier 1 Administrative Credential. “I look forward to teaching in CSUF’s Art Camp every year,” Jillian says. “My goal every summer is to give campers an experience they will always remember, and to send them home with art work they will be proud of for years to come.”

One student wrote, “love love love love LOVE Jacobson. She knows her stuff and is SO much fun to talk to you!! AP Photo is that much more fun because of her.” Another wrote simply, “The best :).”

The most recent review came in November 2013: “She isn’t very good at explaining everything. She is very nice though.”

Online records show that Jacobson made $62,000 in 2014. She had taught at the school for eight years.

You will forever be in my heart Jillian. I love you always? pic.twitter.com/vy1mWBBck7

As news of her suicide spread, there was an outpouring of emotion from Jacobson’s students on Twitter.

R.I.P. Mrs. Jacobson, its horrible to see such a happy person decide to end everything? wishing somebody could have helped, stay strong??

Mrs. Jacobson has taught me so much about photography, much love sent out to her, rest in peace

Didn't have Mrs.Jacobson for very long, but the time that I did have her she made my life a lot better.

5. She Lived in Anaheim With Her Husband

Online records show that Jacobson lived in Anaheim with her 34-year-old husband. Her married name is Jacobson, she was born Jillian Rose Prisbrey. She was originally from Glendora, California, according to her Facebook page, which has been deleted. You can view a cached version here. The profile photo on the page shows a tape cassette with the magnetic tape pulled out in the shape of a heart. The cover image is that of a cat. She was a fan of numerous photography businesses in southern California. 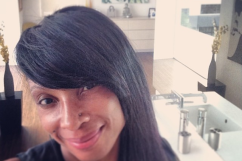