A Michigan judge sent three kids to juvenile hall and compared them to members of the Manson Family because they refused to talk to their dad. The judge is Lisa Gorcyca of Oakland County, Michigan. According to court documents, the incident occurred on June 24 with the three kids – ages 9, 10 and 15 – still languishing in a juvenile facility named Children’s Village.

1. Judge Gorcyca Ordered the Kids to Have Lunch With Their Dad in the Courthouse Cafeteria

Judge Gorcyca held the children in contempt of court, according to documents. She says that they defied a direct court order to have “healthy relationship” with their father, including having lunch with him on June 24. In the transcript, Gorcyca says “I’ll tell you this, you two don’t have a nice lunch with your dad and make this up to your dad you’re going to come back here at 1:30 and I’m going to have the deputies take you to Children’s Village.” She added:

I’ve never seen anything like this. Your dad is a good man who loves you. You have been brainwashed. You are brainwashed. This is not normal behavior.

Gorcyca’s office aren’t making any comments to the media about the sentencing.

2. One of the Kids Said He Didn’t Want to Talk to His Dad Because He’s Abusive

In the documents, which you can read above, one of the children tells the judge that he didn’t want to have a relationship with his father, named as Omer Tsimhoni, because he’s been violent in the past with the children’s mother, Maya Eibschitz-Tsimhoni. According to her LinkedIn page, Maya is a pediatric doctor. The records state that the Tishmhoni have been embroiled in a custody dispute since December 2009. In response to the sentencing, a petition has been set up online to try and get Judge Gorcyca to resign.

Judge Gorcyca’s husband, David, was a prosecutor in Oakland County, Michigan, for over ten years. During his time as a prosecutor, he helped to jail euthanasia doctor Jack Kevorkian. It emerged in Kevorkian’s trial that the mad doctor had performed around 130 assisted suicides. In a 2008 interview, David Gorcyca talked about the case:

For me, there was a lot of investment made on behalf of the office, and myself personally and politically. I felt like I did the right thing but it was probably the most difficult and emotionally draining case that I’ve confronted, just because of the nature of the issues. Much like abortion, everyone had an opinion either for or against (assisted suicide). People either firmly believe in the right to end their lives or that it was a right to life issue. So, it was high-profile and … a lot of lost sleep.

It was in 2008 that David Gorcyca retired from the Oakland County prosecutor’s office. He now works in private law.

In a September 2014 interview, Judge Gorcyca talked about her breast cancer battle saying:

I am not going to lie, when I was first diagnosed I was terrified. I didn’t want to think about not being there to see my son grow up, but I knew that I had two options: shrivel up and lose faith, or fight and stay strong. I put on a brave face and focused on the end game.

She also added some advice for people who get diagnosed with the illness saying “Please take care of yourself because if you don’t, you can’t take care of anyone else. Attempt to stay positive.”

5. Her Son Is the Same Age as One of the Kids She Sent to Juvenile Hall

During the same interview where she talked about how happy her 8-year-old son makes her. When asked what makes her laugh most she says “Watching my 8-year-old son laugh and play. It never gets old.” She also said that the best advice she ever received was from her mother who told her “Treat people the way you want to be treated,” she adds “Whether it is an abuse and neglect case, a custody case or a juvenile matter, I know a child’s welfare rests in the decisions I make. I do not take this responsibility lightly.” 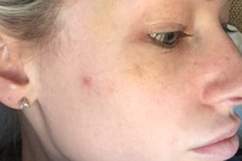 Read More
5 Fast Facts, Breaking News, Weird News
A Michigan judge sent three kids to juvenile hall and compared them to members of the Manson Family because they refused to talk to their dad.