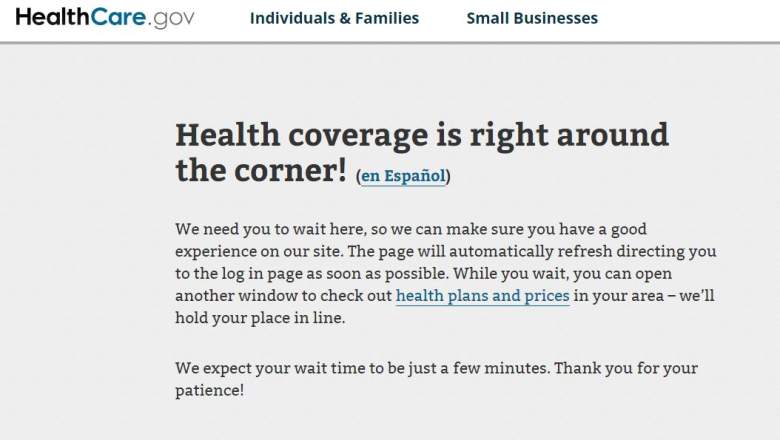 Is HealthCare.gov down on the last day of open enrollment for January 1? (Healthcare.gov)

The last day to enroll in healthcare without getting a fine has been extended because HealthCare.gov was experiencing pretty big problems. Thousands of people were trying to sign up for healthcare plans on HealthCare.gov, but the site was lagging and, at other times, simply not working at all. What’s going on? Is there anything you can do to get around the problem if it happens again?

After Numerous Technical Problems, the Open Enrollment Deadline Was Extended to December 17

Due to unprecedented demand, we have extended the Dec 15 deadline 48 hours: Dec 17th at 12 AM PST.

The federal government decided to extend the deadline for signing up for healthcare until December 17, rather than the original deadline of December 15. The CEO of Healthcare.gov said the decision was made due to “unprecedented demand,” Fox 6 reported. The deadline is the last day you can sign up and have your coverage start on January 1.

HealthCare.gov Hasn’t Been Working for Many People

Many people trying to get health insurance on the federally run exchange have experienced huge problems with the HealthCare.gov website. They’re being greeted with the screen posted at the top of the article, saying that the page will automatically refresh when they are able to log in. These digital queues took a lot longer than expected. Unfortunately, even when the page did refresh, the login didn’t always work. If you took too long to notice the page refreshed and tried to log in, you might be directed right back to the queued page. And the wait time has definitely been longer than the “few minutes” proposed on the screen. For this reporter, the wait time was about 30 minutes. It did eventually work, but not everyone is experiencing that.

According to The Tennessean, federal officials said they were surprised by the “unprecedented demand.” Andy Slavitt, acting administrator for the Centers for Medicine and Medicaid Services (CMS), posted on Twitter that at 1 pm Eastern on Tuesday, Healthcare.gov had 160,000 simultaneous users — their biggest day by far. However, people who saw the tweet weren’t very impressed. One person quipped: “Instead of bragging, why don’t you fix your site and stop making mistakes.”

On HealthCare.gov’s Facebook page, some people shared their frustrations with the website. One person was unable to submit a payment and many people reported being unable to reset their password or login at all.

18 hours later and still trying to sign up for health insurance AGAIN. Kill me. All the way, because I can't visit a doctor at this point.

@ASlavitt – on the phone -3rd time today. Website is a joke. Pathetic excuse after pathetic excuse from @Aslavitt pic.twitter.com/tErP7sZnTZ

Others have tried to call instead and still experienced problems. The waits are long and some have reported that after waiting for an hour, there were hung up on for technical difficulties. This is happening not just for the federal exchange, but for state exchanges too:

Been trying to renew health insurance for days to make deadline. NY Dept of Health keeps hanging up. In UK now where healthcare is free. Ugh

Some people were pretty upset, saying on Facebook that they had received many automated emails and robocalls about the deadline, but couldn’t reach a representative to sign up. Several people said they called the contact number listed on HealthCare.gov’s website but couldn’t get through  due to “heavy call volume.” They had left messages for representatives to call them back, but hadn’t heard back from anyone yet.

What Can You Do If You Still Can’t Get Through?

If you can't wait, leave us your email and we'll make sure you still get coverage starting January 1#GetCovered

If you are still having trouble getting through, despite the extended deadline, there are a few things you might be able to try. On Tuesday, Slavitt wrote on Twitter via an unverified account that if you can’t wait or can’t sign up, you can leave your email and still get coverage by January 1. The problem is that he was a bit unclear on where to leave your email. People responded on Twitter asking Slavitt to elaborate, and he finally responded five hours later, but his response left even more questions:

So, according to this tweet, you can call 1-800-318-2596, leave your email, and still get covered. However, it’s not that easy. I tried the number on Tuesday and got a message that said: “Due to high volume we’re unable to assist you at this time.” The message requested that you leave your phone number for a callback, but there wasn’t an option for leaving your email. He also said that the site would ask for your email, but it’s not clear at what point that would happen.

Keep in mind, this Twitter account for Slavitt is not verified. He’s had it since 2013, but with only 518 followers, it’s unclear if this is a good account to rely upon.

One trick that you can try, if you’re able to read Spanish and still can’t get into the website, is logging in through the Spanish language website here. Some people are reporting shorter or no wait times if you use that site.

Some States Have a Later Deadline

Not every state has a deadline of today to sign up. Some states that have their own exchanges have a slightly later deadline. Rep. Keith Ellison tweeted that in Minnesota, you’ll have until December 18. Syracuse.com reported that in New York, you have four extra days to sign up. Before relying on this, though, double check with a health insurance representative. 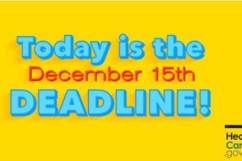 Are There Any Workarounds for Logging Into HealthCare.gov?

Read More
Breaking News
Healthcare.gov hasn't been working right, so the deadline has been extended to Dec. 17. Find out what happened and how you can work around the issues.