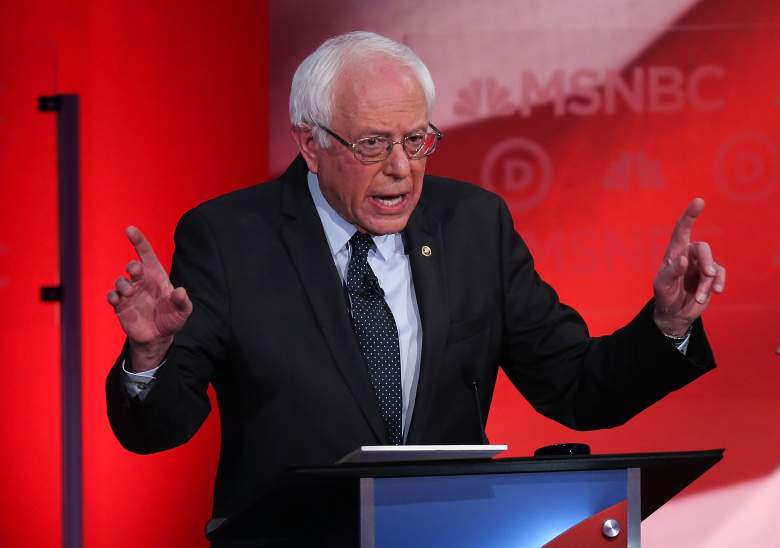 With just five days until the New Hampshire primary, the Democratic candidates took to the stage in one last debate. Hillary Clinton managed to hold off Bernie Sanders in Iowa, but Sanders has maintained a substantial lead in New Hampshire, leaving Hillary with a dire need to impress Granite State voters.

Read our recap, then vote in our poll to determine who won.

Hillary rejected the premise of a question of the order of priority on the issues:

Sanders, in contrast, cited campaign finance reform, then racial and economic inequality as his priorities.

Sanders lamented the difference between justice for the rich and poor:

.@SenSanders on how Wall Street exercises its power #DemDebate pic.twitter.com/LuWRbsGKsZ

Hillary called herself “the person that prevents them from ever wrecking the economy again:”

.@HillaryClinton on Wall Street: “I will be the person that prevents them from ever wrecking the economy again” #DemDebate #Decision2016

Bernie also brought up a heated confrontation with then-Federal Reserve chairman Alan Greenspan in 2003, which can be seen below:

Sanders reiterated his support for a reinstatement of the Glass-Steagall Act, which limited the size of banks. Glass-Steagall was repealed by the Gramm-Leach-Bliley Act, signed by former President and Hillary’s husband Bill.

If billionaires wanted to beat HRC, they wouldn't donate millions to her #DemDebate #DebateWithBernie

After calling the tactic an “artful smear,” Clinton claimed that she’d never let a donation influence her vote:

Hillary: I never changed a view or a vote because of a donation I received. #DemDebate https://t.co/qfDlELnMGX

She also promised to “look into” more transparency regarding her speeches to Goldman Sachs, and pointed out her calling for regulations on the financial industry before the 2008 crisis, on which Politifact backed her up:

Hillary committed to the “Obama Doctrine” of using logistical support and special operations forces instead of more direct intervention. Sanders agreed, but called for Muslim countries to bear the brunt of the fight against ISIS, calling US troops on the ground a recruiting point for the terrorist organization. While he “fully concede[d]” the question of foreign policy experience to Clinton, he also reiterated his opposition to the second invasion of Iraq:

Sanders: What is important is to learn lesson from war in Iraq–can't be policeman of world, have to form coalitions. #DemDebate

Hillary fired back, questioning the relevance of his Iraq vote:

Sanders and Clinton traded blows on American policy regarding Iran:

Both candidates, however, committed to opposing a Republican plan to privatize the VA, with Sanders attacking the Republican record on veterans issues:

.@BernieSanders on the VA Department: “We’ve got to strengthen the VA, we do not privatize the VA.” #DemDebate #Decision2016

"Republicans talk a good game about veterans…but frankly they were not there." Sanders on VA healthcare #DemDebate pic.twitter.com/bbwKEDCjEg

Sanders supported the Iowa caucus audit proposed by the Des Moines Register but downplayed the relevance of the issues. Clinton agreed to support the party’s decision.

Hillary Clinton on possibility of an Iowa caucus audit: "Whatever they decide to do, that's fine" #DemDebate https://t.co/NU9Pf7YIAw

Sanders addressed questions about his electability by pointing out his success in getting young voters:

"Our campaign is the one that creates the large voter turnout and helps us win." Sanders on his presidential electability #DemDebate

Hillary pointed out the long record of fruitless investigations into her conduct, saying she’s not vulnerable to scandal exposure.

Clinton expressed “absolutely no concerns” about the investigation into her email issue:

.@HillaryClinton: "I never sent or received any classified material…I have absolutely no concerns about it whatsoever." #DemDebate

Sanders said he would “refuse to politicize the issue” as the process worked itself out.

In the wake of a contentious New Hampshire death row case, Clinton reiterated her support for the death penalty in “limited” cases:

Clinton: for very limited, heinous crimes, believes it is an appropriate punishment. #DemDebate

Sanders, meanwhile, voiced his opposition to the death penalty:

Sanders: And in a violent world, government shouldn't be a part of the killing. #DemDebate

Children in Flint will be plagued with brain damage and other health problems. There are no excuses. Gov. Snyder should resign. #DemDebate 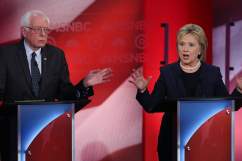 Wall Street Has Finally Begun to Downsize, but How Did We Ever Let it Get so Big in the First Place?

Loading more stories
wpDiscuz
16
0
Would love your thoughts, please comment.x
()
x
| Reply
The Democratic Presidential candidates had one last chance to convince New Hampshire voters in a debate moderated by Chuck Todd and Rachel Maddow for MSNBC. Read our recap and vote in our poll.