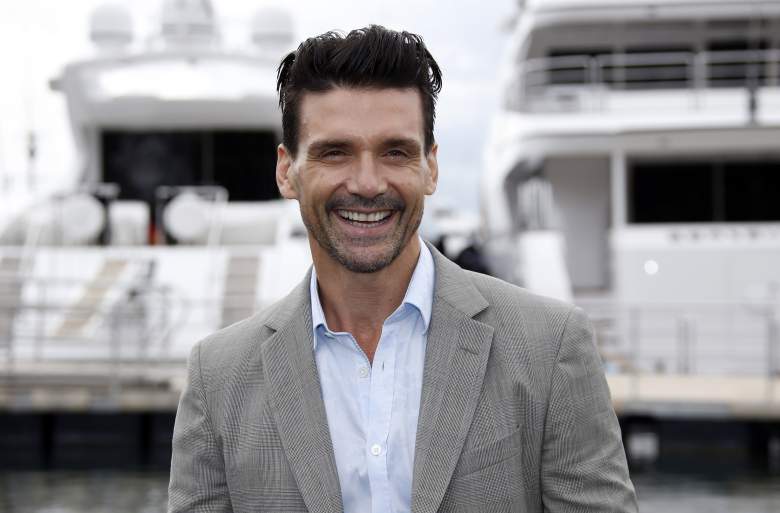 Frank Grillo stars in The Purge: Election Year, which is being released July 1. (Getty)

Frank Grillo is back on the big screen with the third installment of The Purge film series.

The Purge: Election Year hit theaters July 1, and Grillo stars as Leo Barnes, the head of security for Senator Charlie Roan. Grillo, 51, played Barnes two years ago in The Purge: Anarchy. In that film, Barnes stopped himself from getting revenge for his son’s death during Purge Night, an annual ritual in which all crime, including murder, is legal for 12 hours. In the new movie, his mission is to protect Roan after a betrayal forces them onto the streets of Washington, D.C., during the purge.

In addition to this role on the silver screen, Grillo plays an MMA trainer and gym owner in Kingdom, a drama on DirecTV’s Audience Network. The character isn’t a far stretch for Grillo, who started boxing when he was a teenager, according to Grantland. When he’s not acting or in the gym, you’ll find Grillo spending time with his family.

Grillo has a muscular physique, and he works hard to stay in shape. He told GQ Magazine that he’s at Fortune Gym in Los Angeles at 5:30 a.m. six days a week where he focuses on boxing.

“We spar, we do mitt work, we do conditioning as if we were training for a fight,” he said in the video. Sometimes we’ll go to UCLA, and we’ll train where Manny Pacquiao trains.”

Grillo lives in Santa Monica but grew up in New York and considers Mendez Boxing his second home, according to Men’s Journal. He still works out at Mendez when he’s in the city.

Grillo told GQ that he’s a firm believer in the paleo diet, only eating foods that would have been available to cavemen.

“Nothing post-agricultural revolution, so no grains, no oats, no rices,” he said.

A glass of vino every day is also part of his regimen. He told Good Morning America that, in addition to boxing, his secrets to staying fit are drinking red wine, getting plenty of sleep, and running.

2. He Learned How to Fight in Order to Beat Up His 2nd Grade Bully 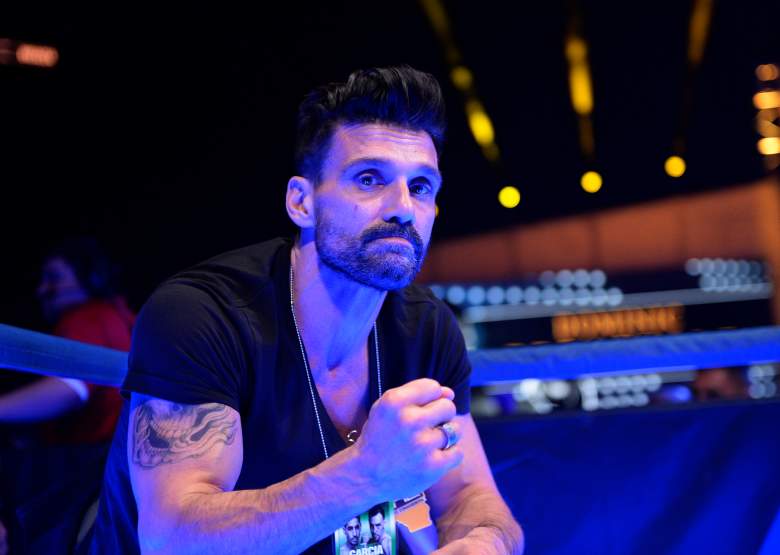 Frank Grillo attends a heavyweight bout in Los Angeles. Grillo learned how to fight when he was a kid so he could defend himself against a bully. (Getty)

Grillo’s dad taught him how to throw a punch after a bully tormented Grillo in the second grade, according to Muscle & Fitness.

Grillo told Muscle & Fitness that he punched the bully square in the face.

“Early on, Chris realized that, ‘I’m really gonna hit you,'” Grillo said on Conan. “So, he said, ‘Ya know, Grillo, I’m getting black and blue. I said, ‘Yeah, keep your hands up, just keep your hands up.’ By the end of the fight, we were packed in ice, we had to get massages, I mean it was bad.” 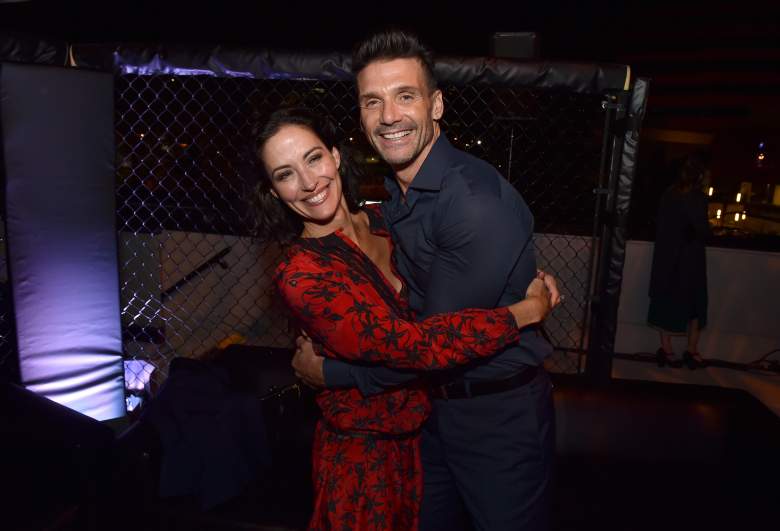 Frank Grillo and his wife, Wendy Moniz, attend an after party for the premiere of the second season of Kingdom on DirecTV’s Audience Network. The couple work together on on the show. (Getty)

Grillo is married to Wendy Moniz, whom he met when they both starred on the soap opera Guiding Light, according to Backstage. They’re now working together again. Soaps.com reported that Moniz is playing Grillo’s love interest on Kingdom.

People reported that Grillo and Moniz have two sons together, Liam and Rio. Grillo was married once before to Kathy Grillo, and the couple divorced in 1998, according to imdb.com. They have one son, Remy.

Grillo told Entertainment Weekly that his goal in life is to keep all three of his children safe, secure and happy, and to make them successful. He also said that he reads to his kids every night, and that they’ll be poets before they’ll be fighters.

That doesn’t mean they won’t learn how to fight though. According to Muscle & Fitness, Grillo’s sons go to the gym with him, and Grillo shared an anecdote about his youngest son’s experience in a boxing class:

About halfway through, he was being a pain in the ass. So I pulled him aside and I said, ‘Listen, I don’t care if you don’t like doing this. You don’t have to. But it’s an hour once a week. You can make this fun, or you can sit over there and watch the other kids, but you are never going to quit.’ He went back in reinvigorated. Does he love it? No. But did he understand what I was saying? Yes. And that’s the important thing. Whether you’re in the ring or you’re auditioning over and over again, don’t f—ing quit. I know that sounds clichéd, but when you think about it, only good things can happen. 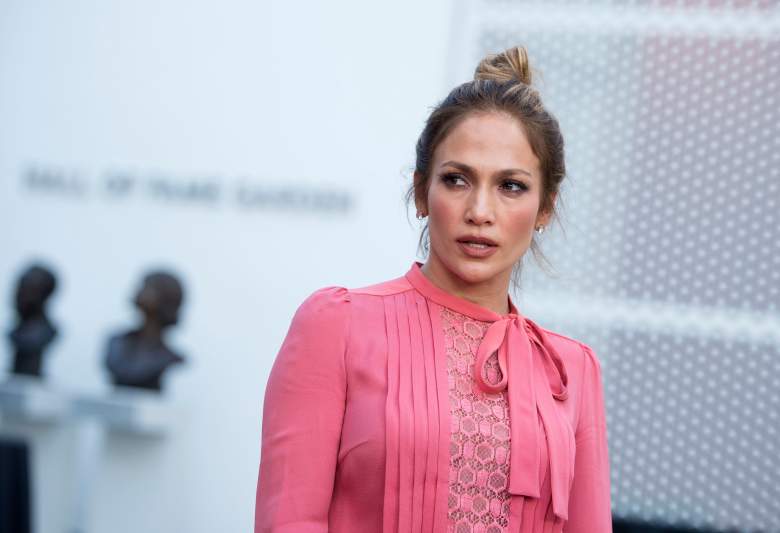 Jennifer Lopez listed Frank Grillo as one of her celebrity crushes while promoting The Boy Next Door last year. (Getty)

When Jennifer Lopez was promoting her movie The Boy Next Door in 2015, People asked her in a video interview which Hollywood hottie she would choose as a neighbor.

“If I had a man next door, then I would have, like Charlie Hunnam or Tom Hardy … or Frank Grillo,” she said in the video. “Those are my kind of men next door.”

Grillo later joked to People that his wife banned from him talking to Lopez after the video came out. He said prior to the video, he had only met Lopez once through mutual friend and film director Brett Ratner.

“I hadn’t seen her after, and I’m not allowed to now,” he explained.

His buddies, on the other hand, didn’t have a problem with Lopez’s comments.

“She lives next door to my boxing gym here in New York, and I walked into the gym the next day and all the dudes were like, ‘Bro, Jennifer Lopez,'” Grillo told People. “I’m like, ‘Well, ya know, what do you want me to tell ya?'”

In the same interview, Grillo said his celebrity crush is Robin Wright, who stars in the Netflix series House of Cards.

“I’m just a huge Robin Wright fan,” he said. “She’s never been anything but amazing and beautiful, and she’s survived her life and is now thriving. I just think she’s a terrific actress and a beautiful woman.”

5. He’s Worth an Estimated $3 Million 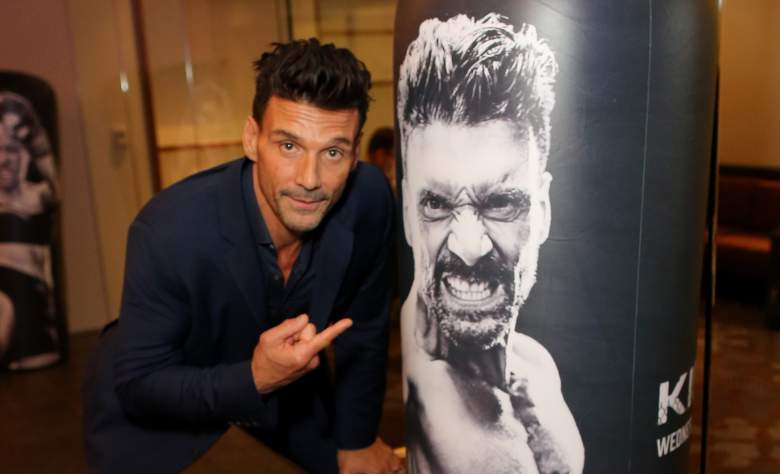 Frank Grillo celebrates the season premiere of Kingdom in which he plays an MMA trainer and gym owner. The show on DirecTV’s Audience Network has contributed to Grillo’s estimated net worth of $3 million. (Getty)

Celebrity Net Worth estimates Grillo to be worth a total of $3 million.

According to Forbes, The Purge: Election Year cost $10 million to make, so “it doesn’t have to break out to break even.” The Purge: Anarchy, the second film in the series and the first of which Grillo was a part, had a budget of $9 million. It opened with $29 million and grossed a total of $182 million.

In May, Variety reported that Grillo will be making his producing debut with Wheelman, in which he will also play the lead role. Netflix has worldwide rights to the action thriller, which follows a getaway driver who has to figure out who double-crossed him after a bank robbery goes wrong.

Although many actors choose roles based on the artistic challenges they present, Grillo told Entertainment Weekly that his first priority is earning for his family. 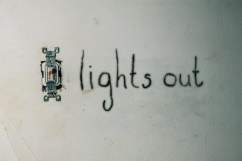