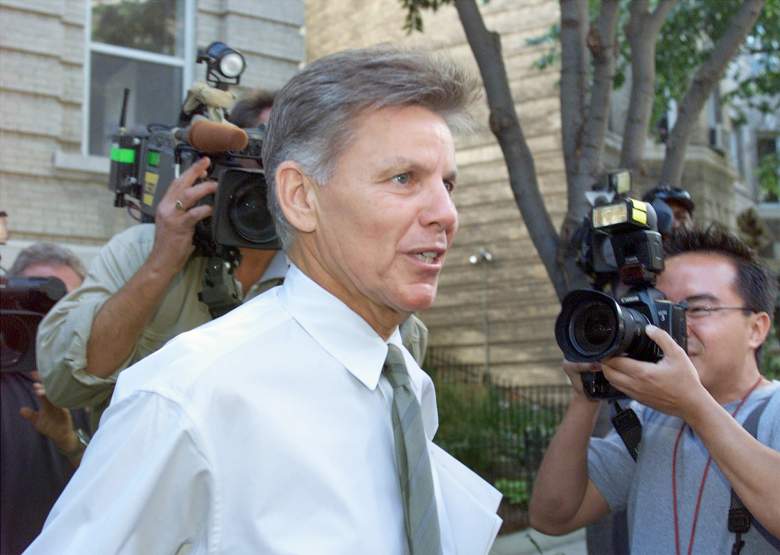 Gary Condit is a former California Congressman who lost his seat after allegations that he had an extra-marital affair with former federal intern, Chandra Levy. He is back in the spotlight now that prosecutors have suddenly dropped murder charges against the illegal immigrant once convicted in the death of Levy, 24, and after reports that defense attorneys were planning to name Condit as their main suspect.

The case remains one of the United States’ “most notorious unsolved crimes,” said The New York Times.

Levy’s skeletal remains were found in a Washington D.C. park in 2001 after she’d been missing for a year, sparking a media sensation; an illegal immigrant named Ingmar Guandique was convicted of Levy’s death. However, his conviction was overturned, and federal prosecutors announced on July 28, 2016 that they will not retry him in Levy’s death. The judge then dismissed the charges against Guandique, says USA Today.

The prosecutors’ specific reasons are murky. According to NBC News, they said that they were dropping murder charges against Guandique “based on recent unforeseen developments” that they did not elaborate upon, other than to say that they no longer believed they could prove the charges against Guandique beyond a reasonable doubt. The statement also indicated that the developments “were investigated over the past week,” said Fox News. Condit has denied murdering Levy. However, problems with a key witness may be behind the dismissal, The Washington post says.

1. Guandique’s Attorneys Were Preparing to Introduce Evidence Against Condit at Guandique’s Retrial in Levy’s Death & Pinpoint Him as The Main Suspect, Reports Say 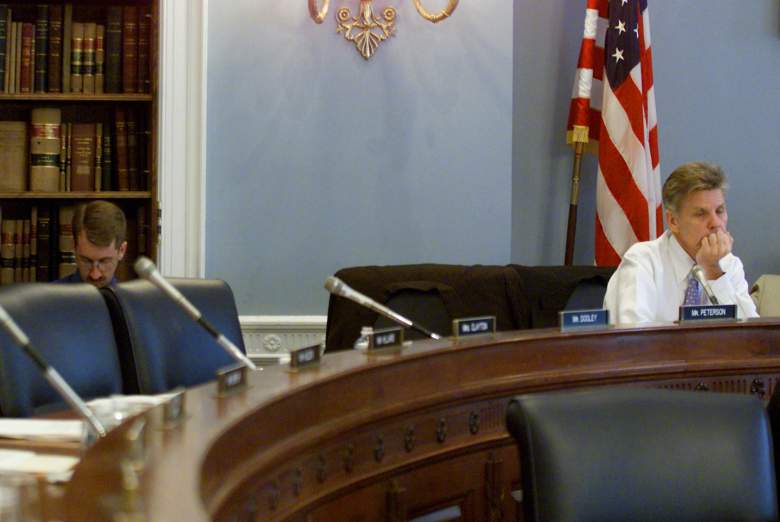 According to Fox News, Condit, “a suspect in Levy’s murder for a period of time” was going to be prominently featured in the Guandique retrial because “Guandique’s defense team reportedly planned to introduce evidence at the retrial implicating him in Levy’s death.”

The Washington Post said Guandique’s attorneys told the judge in the case last November that they wanted “evidence from prosecutors about Condit, including his phone records, photographs and other information regarding his relationship with Levy.”

CNN said that Condit was questioned extensively by investigators after Levy’s murder. He was a Congressman in the California congressional district where Levy was from. However, USA Today reports that Condit had been ruled out as a suspect in Levy’s death as investigators turned their focus to Guandique.

The Washington Post says authorities had “cleared” Condit in the death and that Condit’s attorney has released a statement saying, “Mr. Condit was long ago completely exonerated by authorities in connection with Ms. Levy’s death.”

The attorneys argued in court filings that Condit had a “powerful” and “obvious” motive to kill Levy, said CBS, quoting the defense attorneys as saying, “Mr. Condit was fully aware of the cost he could pay if his affair with Ms. Levy became public.”

2. Guandique’s Attorneys Planned to Argue That Condit Had a Penchant for Bondage & Rough Sex, Reports Say 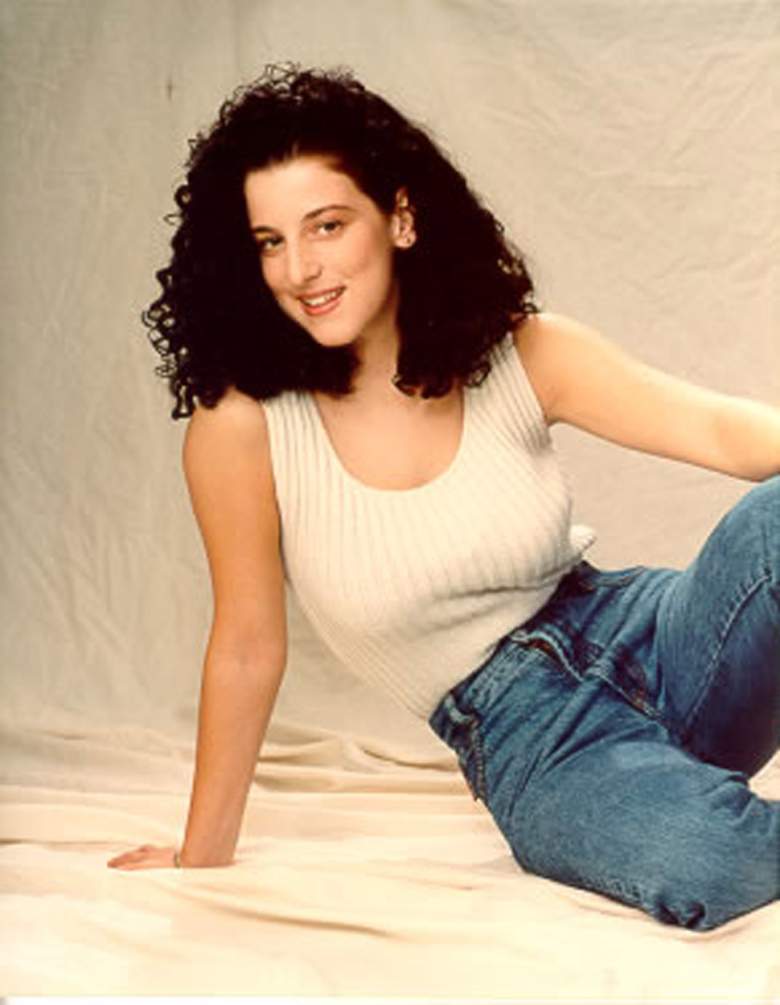 According to a May 2016 article in The Washington Post, Guandique’s attorneys wanted to depose two women described as “purported ex-lovers of former California congressman” Condit. The Post, citing court filings, said the women had told the FBI that Condit “had a penchant for bondage during sex” and one women described him as being “aggressive” during a sexual encounter.

The women’s accounts date to 2001, but Guandique’s lawyers wanted to use them to point at Condit as the “main suspect” in the intern’s death, said The Post. The Post said one of the two women told an FBI agent she was scared of Condit and that they had a sexual relationship for “about five years prior to Condit’s involvement with Levy.” The Post said that court filings show the woman claimed Condit liked to tie her up during sex by using an “iron bed with posts for bondage purposes.” According to CBS, Guandique’s attorneys also sought to “depose a friend of Condit’s who served as his bodyguard and driver.”

Levy’s mother told The New York Daily News that she wanted the bondage accusations pursued by the Guandique defense to learn the truth but added, “Talk about knots — I have a knot in my stomach and in my throat. Even if they do find the truth, I won’t ever have my daughter back.” Jogging tights “tied in knots” were found in Rock Creek Park near Levy’s body, said The New York Daily News. According to ABC, “Defense attorneys claim Condit may have used the tights to restrain Levy during a rough sex act gone wrong.”

3. Condit Lost His Seat in Congress After He Was ‘Romantically Linked’ to Levy & Moved to Arizona 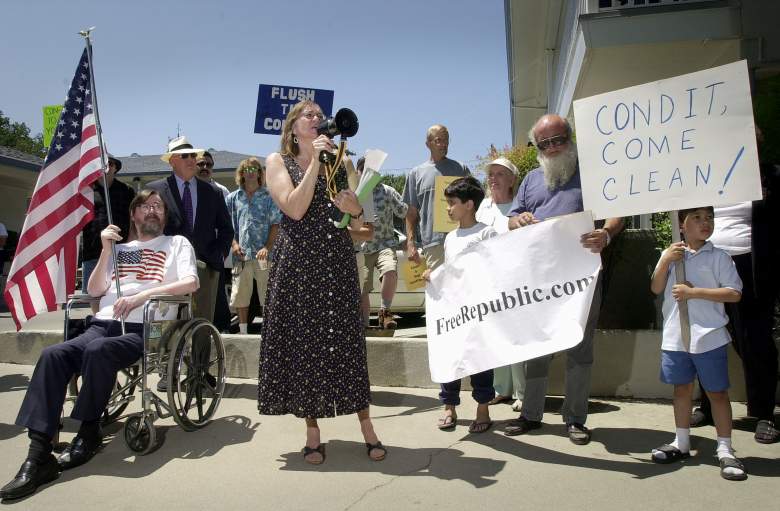 Saundra Duffy uses a megaphone July 17, 2001 outside Congressman Gary Condit”s office in Modesto, California were the FreeRepublic.com organization held a protest rally. The protest was in response to the then ongoing investigation of missing person Chandra Levy and Condit’s possible involvement in the case. (Getty)

According to CNN, it emerged that Condit was “romantically linked” to the young intern, who was interning at the federal Bureau of Prisons. He was defeated in a 2002 Democratic primary after the scandal broke and has returned to private life, said ABC. Protests erupted outside his Congressional office as the media fixated in 2001 on questions about his relationship with Levy, who was missing before her body was found in a park.

The Levy death ended Condit’s career, ABC News says. ABC says that Condit’s DNA was found in Levy’s home, “providing proof of the affair,” but authorities shifted their focus to Guandique because he had “been attacking female joggers in the park.”

In 2007, a judge ordered Condit, then back in private life, to pay $42,680 in attorney fees for “filing a frivolous libel lawsuit” against a small newspaper in California that had written on the Levy case. When covering that case, The Fresno Bee reported, “Condit does not deny multiple news accounts that he told law enforcement investigators that he was having an affair with the much-younger woman. Condit’s reported concession came in his third police interview, about two months after Levy’s disappearance.” The Frenso Bee says that Condit and his wife, Carolyn, whom he married in 1967, moved to the Phoenix area after the scandal. Condit was raised in Tulsa, Oklahoma, the son of a Baptist preacher, said The Washington Post.

People Magazine said in 2009 that Condit was managing real estate properties in Arizona, and spending time with his grandchildren. He operated Baskin-Robbins franchises with his son, but “Baskin-Robbins accused the Condits of mismanagement, saying they had defaulted on their payment obligations,” said People. Condit and his wife filed multiple lawsuits against the media, settling some, said People. 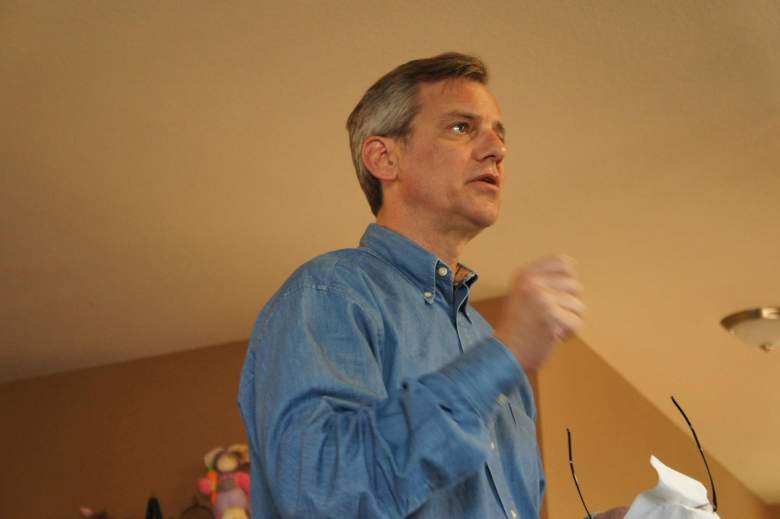 In 2012, The Washington Post said Condit’s son, Chad, ran for office in Condit’s redrawn old seat, and Condit was working for a non-profit called the Phoenix Institute of Desert Agriculture. Condit’s daughter, Cadee, is married to a California state Assemblyman, Adam Gray (Gary Condit was a state Assemblyman before he was elected to Congress and served on a county board of supervisors, said The Washington Post).

4. Guandique’s Conviction Was Thrown Out After It Emerged That a Key Witness Had Lied During His Trial, Reports Say

According to NBC News, Guandique was convicted after a trial in 2010 of murdering the Modesto, California intern, Levy, and received 60 years in prison. However, he was granted a new trial in 2015 “after his lawyers said a key witness lied to the jury. Guandique has been in prison for attacks on other women,” said NBC. The New York Times says that prosecutors admitted withholding evidence questioning the witness’ credibility, leading to a new trial for Guandique.

The Washington Post says the witness’ neighbor, Babs Proller, said she captured him on tape admitting he had lied. Proller is an actress who has appeared on House of Cards. She told the Post she gave the tapes to Levy’s mother, who gave them to prosecutors.

CNN said a felon and gang member who was a star prosecution witness named Armando Morales had testified that Guandique confessed to killing Levy. It was his testimony that Guandique’s defense team challenged, said CNN. According to The New York Daily News, Morales once shared a cell with Guandique and had testified in Guandique’s 2010 trial. It turned out he had helped authorities on previous occasions, said The New York Times.

After the charges were dropped altogether, with prosecutors now forgoing a retrial, Guandique’s lawyer, Lauren Hankins, told USA Today: “Mr. Guandique has maintained since the beginning, when he passed an FBI administered lie detector test, that he did not kill Ms. Levy. This dismissal vindicates Mr. Guandique. Finally, the government has had to concede the flaws in its ill-gotten conviction.”

Although no forensics tie Guandique to the crime scene, jurors in his trial learned that forensic analysts did find “trace DNA” from a male they were not able to identify on Levy’s black tights. It did not match Guandique or Condit. CBS said DNA from Condit was found in Levy’s underwear in her apartment. The remains were so decomposed as to make it impossible to determine cause of death, said CBS.

5. Guandique Was an Illegal Immigrant From El Salvador Who Will Now Be Deported 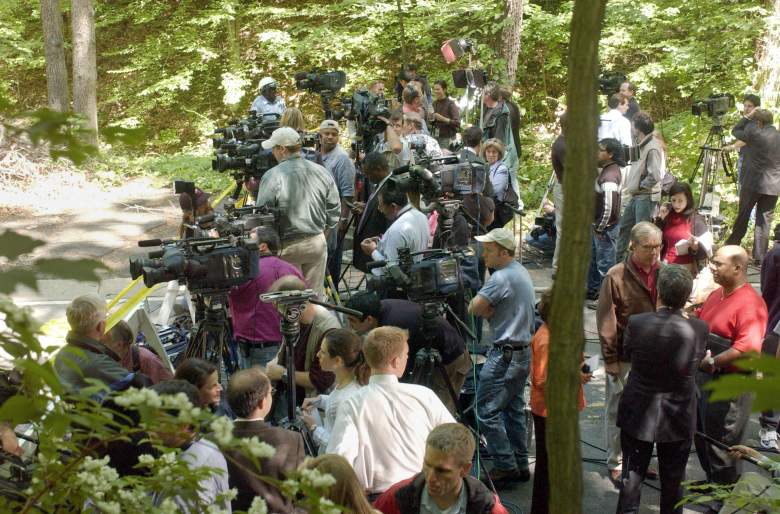 Members of the media wait for a press conference after the skeletal remains of intern Chandra Levy were found in a Washington D.C. area park in 2002. (Getty)

When he was arrested in 2009 in the Levy case, Guandique was already serving 10 years in prison for “attacking two other women in the park,” CNN says. One of the women, attorney Christy Wiegand, then 35, testified during Guandique’s trial in the Levy case that Guandique “jumped her in Washington’s Rock Creek Park” two months after Levy disappeared there, according to The Modesto Bee.

The Modesto Bee quoted Wiegand as testifying: “He grabbed me from behind and he held a knife to my face. He brutally attacked me, and he dragged me to an isolated place.” Guandique received 10 years in prison for that assault and another in the park, said The Bee.

Loading more stories
wpDiscuz
6
0
Would love your thoughts, please comment.x
()
x
| Reply
Gary Condit, the former Congressman tied to intern Chandra Levy, is in the news now that prosecutors dropped charges against a man convicted in her murder.