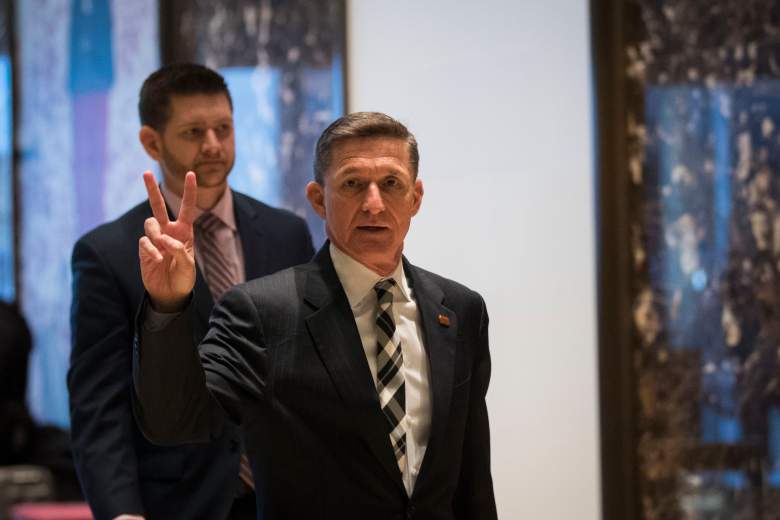 Retired Lt. Gen. Michael T. Flynn has officially been named Donald Trump‘s National Security Adviser. The choice will not go over well with some who have accused Flynn of being Islamophobic, making comments about how the U.S. is at war with Islam.

Flynn played a key role during the presidential campaign, serving as Trump’s national security adviser and even considered a potential running mate. Before his time on the campaign trail though, he was Director of the Defense Intelligence Agency, a position President Barack Obama appointed him to. Flynn resigned from that job and retired in April 2014, a year before his term was over.

He also served in the Afghanistan and Iraq wars as director of intelligence for the Joint Special Operations Command from 2004 to 2007 and also held the same role for the International Security Assistance Force in Afghanistan from 2009 to 2010.

Here is a look at Flynn’s comments on Islam.

1. Flynn Is a Board Member of ACT For America, Which the Southern Poverty Law Center Considers the Largest Anti-Muslim Group in America 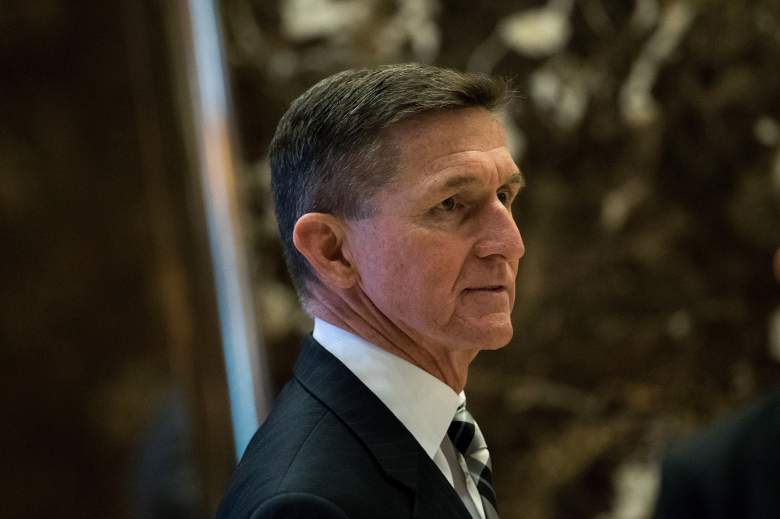 Flynn is a member of ACT For America and on the board of advisers. The Southern Poverty Law Center considers the group the “largest grassroots anti-Muslim group in America” with 280,000 members across the country.

In a June 2016 post for ACT For America’s website, Flynn wrote that “Radical Islam has declared war on America.” He criticized the Obama Administration for not using the term “radical Islam,” which Trump did repeatedly on the campaign trail.

“We don’t need him to preach to us, we needed him to lift us out of the shock that America was feeling after yet another horrific attack perpetrated by a Muslim man who has been radicalized in the faith of Islam,” Flynn wrote after the Orlando Pulse nightclub shooting. “Instead, the President demonstrated zero leadership tonight, lacked inspiration and you could tell all he wanted to do was make the statement and get out of the press room…a sad day for America indeed.”

ACT For America was founded by author Brigitte Gabriel, who is described as “one of the leading national security experts in the world -providing information and analysis on the rise of Islamic terrorism” on the group’s site. Her books include Because They Hate and They Must Be Stopped.

2. Flynn Said in August That Islam is a ‘Political Ideology’ Hiding Behind a Religion & a ‘Vicious Cancer’

In August 2016, Flynn gave a speech at an ACT For America Dallas event. In his speech, he covered topics from his book, The Field of Fight: How We Can Win the Global War Against Radical Islam and Its Allies. He told the audience that he doesn’t see Islam as a religion and even called it a “cancer.”

“Islam is a political ideology. It definitely hides behind being a religion,” Flynn said, reports the Dallas Morning News.

He also praised Irving, Texas Mayor Beth Van Duyne, who gained national attention last year for her comments on Muslims by suggesting that a secret Shariah law court was being set up at an Irving mosque.

“Beth is incredibly brave. Vote for her for anything,” Flynn said.

He also said that he’s studied the ways the Founding Fathers were influenced by religion when they set up the American government. “This Islamic ideology was something they wanted nothing to do with,” he said.

In the above speech to the Ahavath Torah Congregation in Stoughton, Massachusetts, Flynn tells the audience that Islam is a “vicious caner inside the body of 1.7 billion people” that needs to be “excised.” The video was found by CNN and has been readily available on YouTube since August 26. Flynn delivered the speech on August 23.

3. Flyyn Wrote in His Book That Islamist Militants Will ‘Drink the Blood of Their Dying Enemies’ 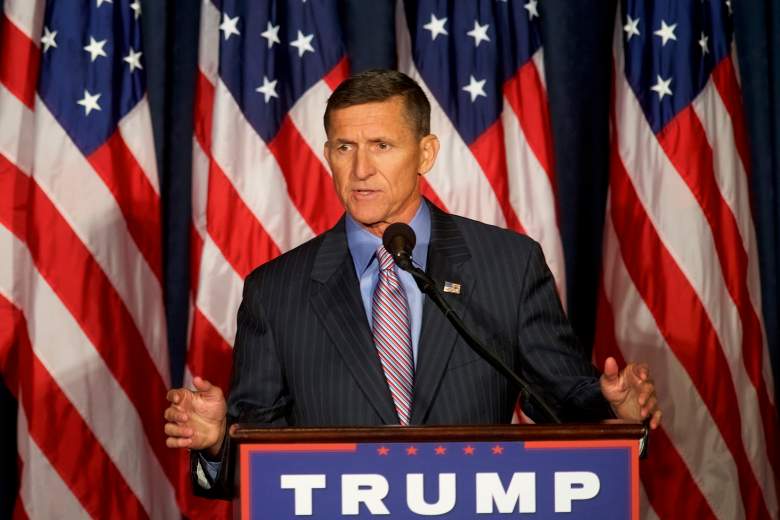 In July 2016, the Intercept conduced an interview with Flynn, which included a quote from his book, in which he warned of the consequences of Islamic militants winning the war against radical Islam. Flynn writes:

There is no escape from this war. Do you want to be ruled by men who eagerly drink the blood of their dying enemies? Such questions are almost never asked. Yet if you read the publicly available ISIS documents on their intentions, there’s no doubt that they are dead set on taking us over and drinking our blood.

“We’re in a world war against a messianic mass movement of evil people, most of them inspired by a totalitarian ideology: Radical Islam,” Flynn also wrote in the book. “But we are not permitted to speak or write those two words, which is potentially fatal to our culture.”

“I watched our own government lie to us about a number of things,” Flynn told The Intercept. “I just see us going in the wrong direction, and that’s really why I sort of jumped into the middle of the fray.”

In his book, Flynn also described Islam as a “political ideology” instead of a religion. He also often refers to the U.S.’ enemy simply as “Islam” in general, even though he does try to include a distinction between radical Islam and Muslims who aren’t extremists.

4. Flynn Said He’s Been at ‘War With Islam’ for the Past Decade

In the past, Flynn has said that he’s been “at war with Islam, or a, or a component of Islam, for the last decade.” When Flynn was on Al-Jazeera in January 2016, Flynn was asked if he thought that kind of rhetoric only served to inflame ISIS’ fight against the west.

In his response, Flynn said that there is an element inside the religion that will change it, “one way or the other, in my believe, change it for the bad.”

Let’s not kid ourselves about what it is that we are facing and we are facing and the Islamic world is facing an element within the religion of Islam that is going to change it one way or the other, in my belief, change it for the bad, for the negative, if something is not done. But they have grabbed hold of this religion and they are using it in a very, very dangerous way and if the, if the religious component, the somewhat pro-moderate component of Islam actually stands up to it, I believe that it can be defeated.

“We are at war with a radical component of Islam and the way I believe it is that Islam is a, is a political ideology based on a religion,” he added.

5. Flynn Wrote That the Muslim World is an ‘Epic Failure’ Compared the Western World

Fear of Muslims is RATIONAL: please forward this to others: the truth fears no questions… https://t.co/NLIfKFD9lU

In July 2016, Flynn wrote an op-ed for the New York Post, in which he said he was fired by the military because of “the stand I took on radical Islamism and the expansion of al Qaeda and its associated movements.”

Flynn also wrote that “everybody,” including “most living Muslims,” know that the “Islamic world is an epic failure.” He wrote:

We have failed to challenge their jihadist doctrines, even though their true believers only number a small fraction of the Muslim world, and even though everybody, above all most living Muslims, knows that the Islamic world is an epic failure, desperately needing economic, cultural and educational reform of the sort that has led to the superiority of the West.

Just as the Muslim world has failed, so the secular tyrants have wrecked their own countries. They hate us in part because they know their own peoples would prefer to live as we do. They hope to destroy us before they have to face the consequences of their many failures.

When it comes to Trump’s proposed Muslim ban, Flynn supports vetting immigrants from war zones. He told Al-Jazeera in May that he supports “vetting of individuals and the proper screening of individuals who are coming from certain parts of the world like Syria.”

In a Politico interview in October, he said he agreed with stopping immigration from some war zones, adding, “And while Islam writ large may not be the problem, the Obama administration refuses to state that this extremist ideology is even a problem. It’s a cancer within Islam.”

Loading more stories
wpDiscuz
39
0
Would love your thoughts, please comment.x
()
x
| Reply
Ret. Lt. Gen. Michael Flynn, Donald Trump's National Security Adviser, has extreme views on Muslims and Islam. Here's a look at what Flynn has said in the past.