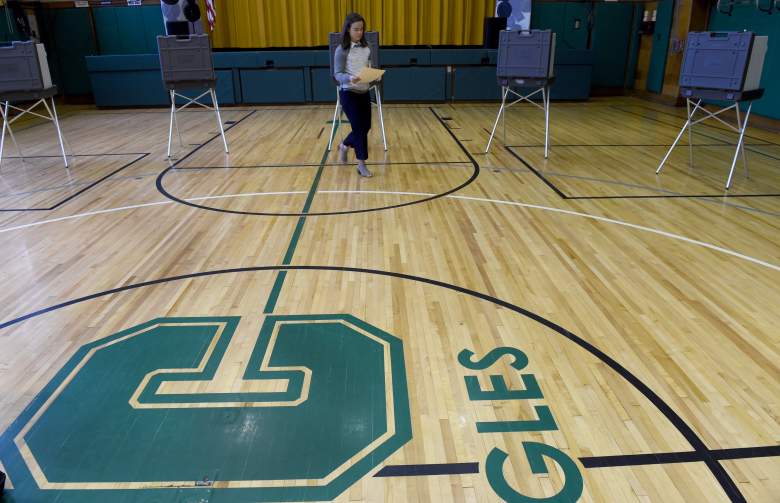 Connecticut residents cast their votes in the Democratic and Republican primaries in the gym at the Julian Curtiss School in Greenwich on April 26. Polls open in the general election at 6 a.m. on November 8. (Getty)

Connecticut voters will head to the polls Tuesday to cast votes for a handful of federal and state offices. Though the presidential race is the headliner, the ballot also features a U.S. Senate race, a Congressional race in each of the state’s five districts, and state legislative races.

POLLING HOURS & LOCATIONS: Polls in Connecticut open at 6 a.m. Eastern time and close at 8 p.m. Eastern time. If you’re in line before 8 p.m. Eastern and haven’t yet voted, you’ll be able to vote after 8 p.m. If you’re unsure at which precinct you’ll be voting, you can find out through the voter registration lookup tool on the Secretary of the State’s website.

REGISTRATION GUIDELINES: Connecticut offers same-day registration, so if you’re not already registered to vote, you can do so on Election Day if you’re eligible to vote. You won’t be able to register at your polling precinct, but you can do so at a designated location in your town. Click here for a list of locations by town. If you’re unsure whether you’re already registered, you can check your status via the state’s registration lookup tool.

WHAT’S AT STAKE IN FEDERAL RACES: Hillary Clinton is favored to carry the state’s seven electoral votes. If Clinton wins the state, it would mark the seventh consecutive time the Democratic nominee has done so. The last time a Republican won Connecticut was 1988, when George H.W. Bush beat Michael Dukakis by 5 percentage points. U.S. Senator Richard Blumenthal, a Democrat, is seeking a second term, with state Representative Dan Carter of Bethel serving as the Republican nominee. All five of the state’s U.S. representatives, all Democrats, are also up for re-election. (Click here for a map of the state’s congressional districts and click here for a list of towns in each district.)

WHAT’S AT STAKE IN STATE RACES: The next Connecticut governor’s race isn’t until 2018, but each state senator and state representative is up for re-election. The Democrats, who have controlled the governor’s mansion since Dannel Malloy took office in 2011, hold majorities in both houses of the legislature: 21 out of 36 seats in the Senate, and 86 out of 151 seats in the House. Click here for a list of state House and Senate districts by town.

Click here for more information about the Connecticut ballot. 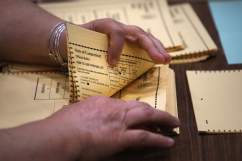