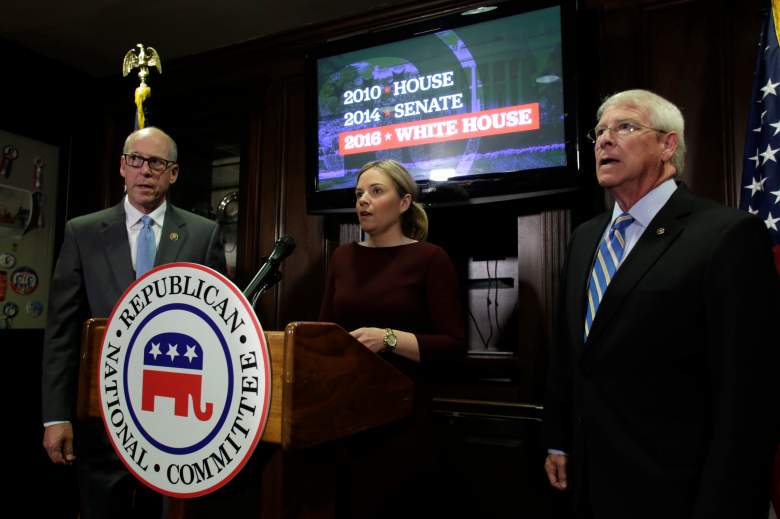 Katie Walsh, deputy chief of staff in the Trump administration, is leaving the White House.

Walsh is a young GOP operative who worked behind-the-scenes during the 2016 election, and back in January, she took on a key White House job almost 20 years after coming to Washington as a high school intern. Now, three months later, she’s leaving to take on a new position with a pro-Trump political group.

Here’s everything you need to know about Katie Walsh, Donald Trump’s former deputy chief of staff.

1. She Is the Former Chief of Staff of the Republican National Committee 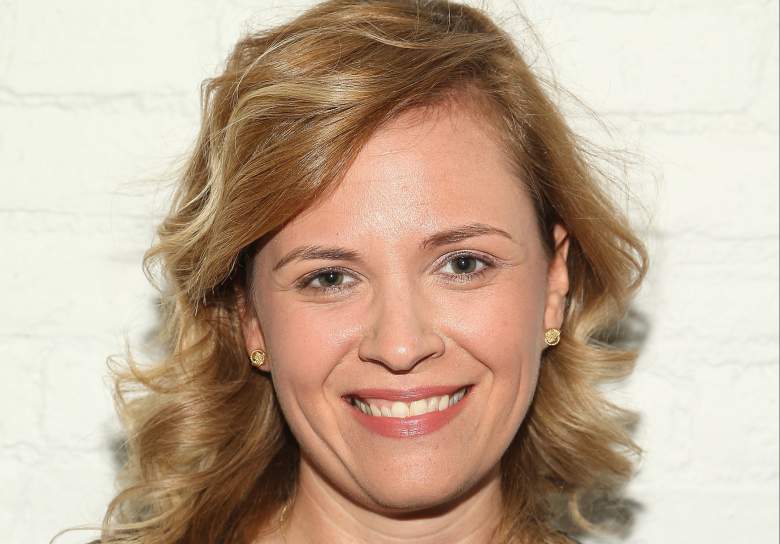 Throughout the 2016 election, Katie Walsh worked as the chief of staff of the Republican National Committee, functioning as Reince Preibus’ second-in-command. She helped secure financing for Republican candidates up and down the ticket.

Walsh originally started at the Republican National Committee in 2013, and later that year, she became the RNC’s Finance Director. According to a statement released by the Trump transition team in January, Walsh helped the RNC break several financing records.

“From major investors to small donors, Republicans stepped up and provided the resources for us to deploy an unprecedented ground game,” Walsh wrote on the day of the 2014 election. “We are very grateful to everyone who has donated, and we were careful each and every day to make sure we spent those dollars carefully.”

During a RNC briefing the Friday before the 2016 election, Katie Walsh presented internal data showing that Donald Trump would lose to Hillary Clinton by 30 Electoral College votes, according to Politico. However, Walsh said at that meaning that Trump still had a pathway to victory even though he was down in the polls and in their model.

“We have 10 states within 2 points, so I wouldn’t say that just because Florida is down 2.2 today, that we say yeah, he’s going to lose Florida,” Walsh said. “We could be 2 percentage points off in our prediction in Florida, but we’ve also said that a big piece of this program and why we invested in it was so that we could do this over the course of the election, to get him within 2.2 points — this close.”

2. She Was a High School Intern For John Ashcroft in 2000

With 3 of the best @GOP Chiefs of Staff. It's because of their commitment & leadership we're able to #MakeAmericaGreatAgain pic.twitter.com/2YqRn7AZhy

Katie Walsh’s first exposure to the world of politics came in 2000, when she was a high school intern for the re-election campaign of Senator John Ashcroft, Republican from Missouri.

That was certainly an interesting election to start with, as it’s one of the only major elections in recent memory where one of the candidates died prior to Election Day. Ashcroft was running against Democrat Mel Carnahan, who was killed in an airplane crash on October 16th, two weeks before the election.

Because of the way Missouri’s election laws work, Carnahan’s name remained on the ballot after his death. But even more surprisingly, he actually won the election. This was the first time in U.S. history someone had posthumously won a Senate seat. Carnahan’s widow was appointed to serve in her husband’s place; she served for one year but was defeated in a special election in November 2002.

In an interview with The Hill, Walsh said that Ashcroft told her that she would learn more from a smaller campaign than from a larger one, especially at her young age.

“He was exactly right,” Walsh said.

3. She’s From St. Louis & Graduated From George Washington University in 2007 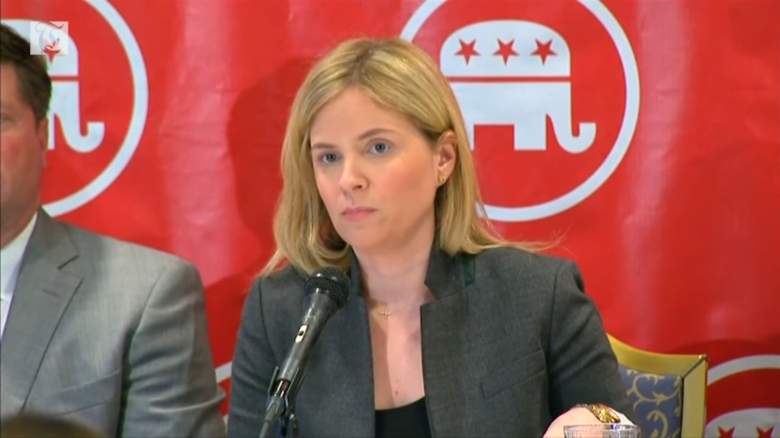 Walsh is an only child from St. Louis, Missouri, and she graduated from George Washington University in 2007 with degrees in finance and marketing.

Outside of political campaigns, Walsh has previously worked for Ashcroft Group, a Washington, D.C. lobbying firm founded by John Ashcroft, the former attorney general she interned for in high school, according to The Atlantic.

A co-worker of Walsh’s told The Atlantic that she “has a very calming voice and demeanor, which is welcome in the hothouse of politics.”

4. She Worked on the 2008 Presidential Campaign of Fred Thompson & Later John McCain 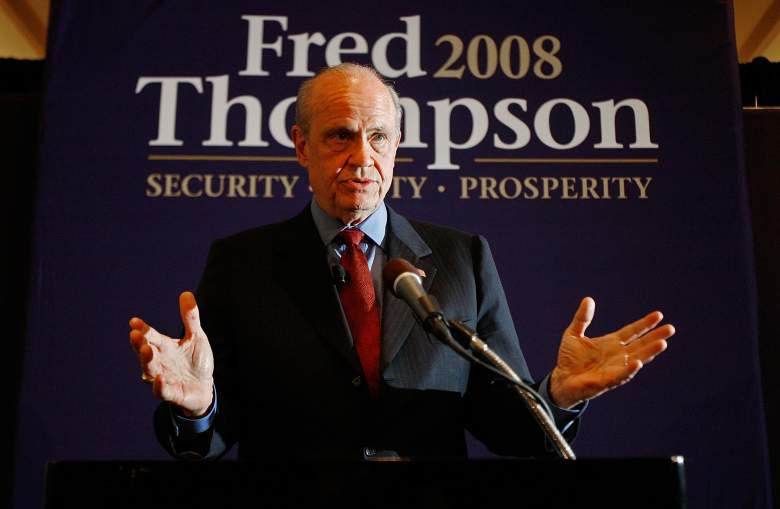 Walsh’s first experience working on a presidential campaign came in 2007, not long after she graduated from George Washington University.

Walsh was hired as the finance director for the long-shot campaign of actor and Tennessee senator Fred Thompson. Thompson officially entered the race in September 2007, though he had been teasing a run for months and had already visited Iowa and raised several million dollars by that point. He announced his campaign during an appearance on The Tonight Show with Jay Leno.

But Thompson’s campaign was undone by a series of gaffes, including not being aware of a major Supreme Court decision from his home state until he was asked about it by reporters and referring to the Soviet Union in a speech when he meant Russia. During the Iowa caucus, though, Thompson actually received more votes than John McCain, the party’s eventual nominee. He withdrew from the race in January 2008 after coming third in the South Carolina primary.

Walsh told The Hill that the Thompson campaign exposed her to elements of campaign finance she would have otherwise never been aware of.

Later that year, Walsh became regional finance director for the McCain campaign. And during the 2010 and 2012 cycles, Walsh worked for the National Republican Senatorial Committe. She joined the RNC the following year.

5. She Is Leaving to Work for a Pro-Trump Nonprofit 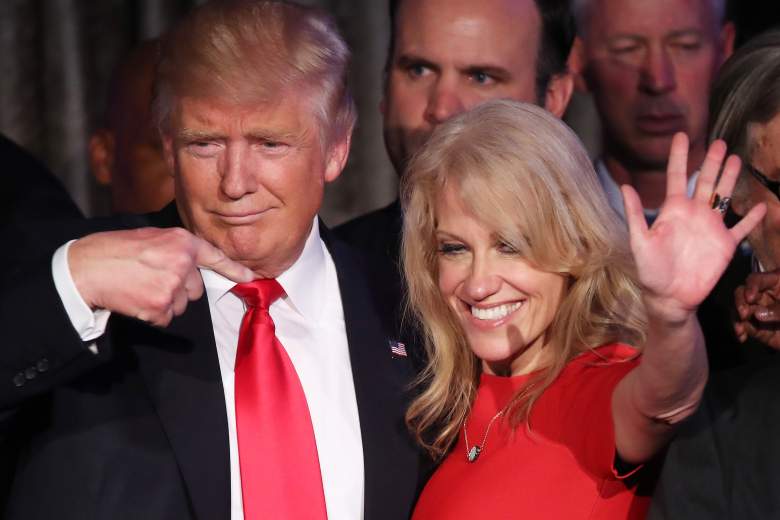 Kellyanne Conway appears with Donald Trump shortly after the 2016 election is called in Trump’s favor. (Getty)

Katie Walsh will now serve as an adviser to a pro-Trump nonprofit and to the Republican National Committee, according to Politico.

“You’ve got to have somebody from the inside who has the blessing of the man himself,” the source told Politico.

Katie Walsh was one of four highly-influential women in the Trump administration. First there’s Hope Hicks, Trump’s press secretary during the campaign and another behind-the-scenes operative who is rarely heard from but whom Trump may not have been able to win without.

“Hope Hicks is a tremendously talented person…She’s a little shy, but that’s okay, because she is really, really talented,” Trump said at a recent rally, during which he had Hicks come on stage and briefly address the crowd.

Hope Hicks is the White House director of strategic communications in the Trump administration.

There’s also Kellyanne Conway, Trump’s campaign manager from August 2016 until Election Day. She is the first woman to ever run a successful U.S. presidential campaign, and she is the counselor to the president.

“Katie Walsh is an all-star,” Kellyanne Conway said in a statement today. “She helped our party achieve sweeping victories across the country, and I’m thrilled to have another strong female leader on our Senior White House team.”