A female freshman at Ohio State University died after falling from a parking structure on campus. The student has been named as Madison Paul of Zanesville, Ohio. Paul was first named in a statement from the school that read, “We are heartbroken to learn that the woman who fell from the Ohio Union South Garage today has died. On behalf of the entire community, our thoughts and prayers are with the family and friends of Madison Paul. We have reached out to offer our support and condolences to Madison’s parents.”

The Lantern, OSU’s student newspaper, reports that Paul fell from the Ohio Union South Garage at around 2 p.m. on February 27. Paul was taken to Wexner Medical Center where she was later pronounced dead. She was 19 years old. Paul passed away eight days after her birthday.

This is the latest tragedy to impact Ohio State University. In November the school fell victim to a stabbing terrorist attack. While earlier in February, a student, Reagan Tokes, 21, was killed after leaving work in a Columbus restaurant. A convicted sex offender, Brian Golsby, 29, has been arrested in relation to the death.

1. Police Do Not Believe Foul Play Is Involved

A university spokesman, Benjamin Johnson, told the Columbus Dispatch that authorities do not believe any foul play was involved in Paul’s death.

The Lantern reports that Paul was majoring in neuroscience at OSU.

A student at OSU, Aaron Powers, told Heavy.com that in the aftermath of Paul’s death, “Thee’s a lot of suicide prevention things going around.” When asked about the atmosphere around college, Powers said, “Honestly, I’m not sure. This has been an extremely hard school year, especially after the attack in November. Ever since that day, campus hasn’t been the same. Then the death of Reagan a couple weeks again made campus even more uneasy. It’s like there is just so much crime on and near campus now.” 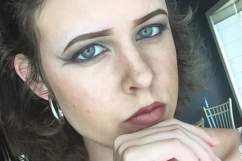 According to Paul’s Facebook page, she was from Zanesville, Ohio. Paul went by the moniker, “The Dark Passenger,” on Facebook.

A Facebook post from the West Muskingum Local Schools Facebook page says, “Madison Paul was named as a Franklin B. Walter Scholarship finalist. The ceremony recognized students from Coshocton, Hocking, Morgan, Muskingum and Perry counties.” The Zanesville Times Recorder reported that Paul was an honor roll student at the school.

Online records show that Paul and her sister, Lauren Paul, were both track stars at West Muskingum.

The most recent Facebook review for West Muskingum says, “This is the worst school I’ve ever attended and I can guarantee if you allow your child to go through this school they will be bullied.” The same post accuses the staff of “looking down” on students who don’t “come from money.”

Sending endless prayers to family & friends of Madison Paul. Cherish every single memory you make with someone, life is so precious.

Claire also said, “Maddy was love. She she was the stars and the moon and the sun wrapped into one person. Yes, she was talented and gifted but it’s more than that. She touched every person she met.”

4. Fellow OSU Students & Other Friends Have Taken to Social Media to Mourn Paul

RIP, Madison Paul. ❤️? Buckeye Nation mourns your loss and for your pain!

As news of Paul’s death spread, friends and fellow students at Ohio State University took to social media to mourn. Here are some of the most poignant tributes:

RIP Madison Paul and my condolences to her family. I can't even imagine what they're going though and what she went through.

too many tragedies at OSU lately. All the prayers and love to the family of Madison Paul.
Always remember, you are so loved and important❤️

Feeling extremely saddened by the death of Madison Paul. Friends, please know that I am always here for you if you need anything at all

5. In 2014, a University of Pennsylvania Track Star Committed Suicide by Jumping Off a Parking Structure

Madison Holleran was 19 years old when she committed suicide.

In January 2014, a 19-year-old University of Pennsylvania student named Madison Holleran committed suicide by jumping off of a parking garage in Philadelphia. Prior to her death, Holleran had bought gifts for her family and left them at the site of her death. A family friend later told the New York Daily News that Holleran had taken her own life over grades.

After her death, Holleran’s family set up the Madison Holleran Foundation. Their mission is to ” prevent suicides and to assist those in a crisis situation with phone numbers and resources that will assist them during their time in crisis. We will also focus our efforts on preparing high school seniors and college freshmen, since this can be a very difficult transition period, as it was for Madison and many college freshmen.”