Willie Cory Godbolt is accused of going on a shooting rampage through multiple homes in Mississippi, targeting his estranged wife’s family and leaving eight people dead, including a deputy sheriff.

The suspect is also being named as Cory Godbolt and Willie Corey Godbolt. A local reporter in Mississippi, Therese Apel, posted dramatic video of Godbolt’s arrest.

“I love my wife. I love my kids. They wouldn’t let me live and let live,” Godbolt shouted in one of the videos.

The shootings occurred in three different homes, according to Fox News. At one point, Godbolt is accused of holding a 16-year-old boy hostage. Police have not yet released a motive in the shooting spree. However, the shootings appear to have stemmed from a domestic violence altercation. Godbolt’s estranged wife escaped, but numerous family members did not, including her mother, aunt, two sisters, and brother-in-law. A local church posted a list of the victims on Facebook, and people shared photo tributes to them. 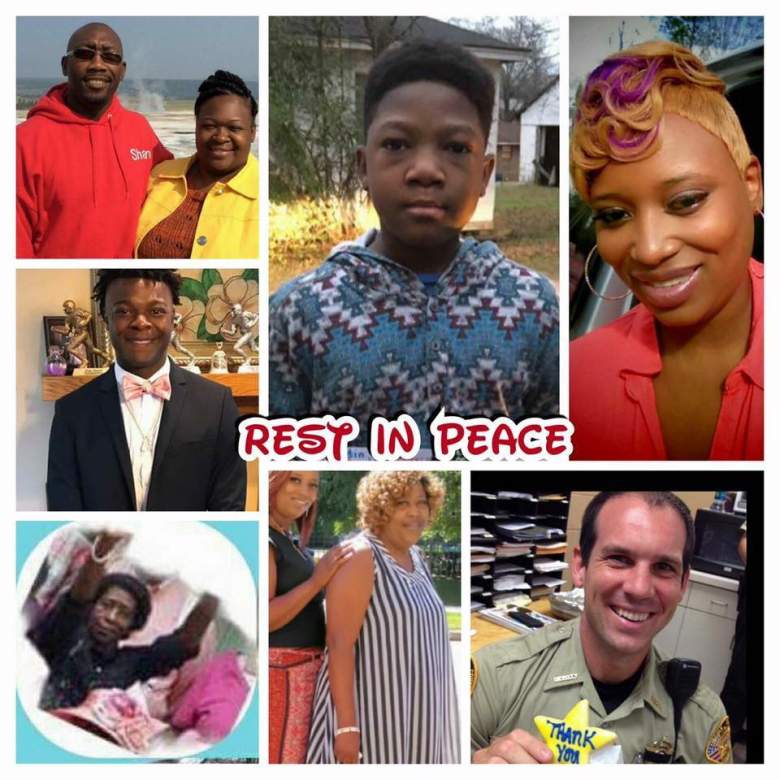 The slain sheriff’s deputy has been identified as William Durr, 36, a two-year veteran of the department who had previously served as a police officer in another jurisdiction. Durr was a husband and father.

The slain deputy was remembered as a religious man who once worked with adolescents. One woman recalled how Durr recently stopped to give her little girl his “back the blue” bracelet off his wrist. Another man shared a photo of Durr helping baptize him on Facebook:

1. Godbolt Allegedly Told a Mississippi Reporter He Committed the Murders After Trying to Take His Children

Suspect tells me Lincoln Co. deputy was just in the way, and after all this he meant to commit suicide by cop. pic.twitter.com/ZebieSQkdR

The Clarion-Ledger newspaper in Mississippi captured multiple photos and video of authorities arresting Godbolt, and the reporter, Apel, also managed to talk to the suspect about the crimes at the scene.

Bogue Chitto is an unincorporated village in Mississippi. Godbolt, 35, is from Bogue Chitto. Godbolt’s stepfather-in-law, Vincent Mitchell, told ABC7 that Godbolt’s wife and their two children “had been staying at his Bogue Chitto home for about three weeks after she left her husband.” Mitchell told the television station that Godbolt’s wife escaped but Mitchell’s wife, her sister and another daughter were among those killed.

The Clarion-Ledger named those victims as Barbara Mitchell; her daughter, Toccarra May; and Mitchell’s sister, Brenda May.

Another sister of Godbolt’s estranged wife and that woman’s husband were among the other victims, reported CNN.

In the video by Apel, Godbolt says, of the deceased sheriff’s deputy: “My pain wasn’t designed for him. He was just there. We was talking about me taking my children, and auntie called the police. I was having a conversation with her stepdaddy, and her momma, and her, my wife, about me taking my children home, and someone called… People who didn’t even live at the house. That’s what they do. They intervene. They cost him his life, I’m sorry.”

A friend of the slain deputy called him a “child of God” and shared a previous text message exchange with Durr that occurred when the friend’s relative was in the hospital. Durr texted him a religious verse.

The friend called the slain deputy a person whose “laughter was contagious.” 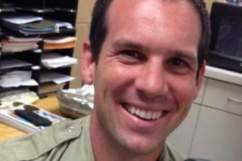 Here's the scene right after Godbolt was apprehended on East Lincoln Road. pic.twitter.com/GfUUPcWyxp

After Godbolt went to the home to “talk about his children,” neighbors called police, according to The Clarion-Ledger.

That’s when the carnage started. “Suicide by cop was my intention. I ain’t fit to live. Not after what I’ve done,” he allegedly also said to The Clarion-Ledger reporter.

The reporter asked what was next for Godbolt.

“Death. Death. My intention was to have ya’ll kill me. I ran out of bullets.”

Suspect is being transported. He says someone inside the residence they arrested him in front of shot him. pic.twitter.com/uHVsynZylD

The suspect claimed that he was also shot during the rampage, according to Apel.

Rev. Eugene Edwards told The New York Times that he had known Godbolt for 19 years and described him as having a “very bad temper.”

3. Godbolt Has a Previous Criminal History That Includes Stealing Jewelry

Officers arrested #CoryGodbolt on East Lincoln Road this morning. He is accused of killing eight people, including a Lincoln County deputy. pic.twitter.com/UES2NY2PLP

Godbolt is no stranger to the law.

According to Fox News, he has a previous criminal history, including armed robbery and aggravated assault, simple assault, and disorderly conduct/breach of peace.

In the armed robbery case, he was accused of striking a man with a pistol and stealing cash and jewelry, Fox reported.

4. Godboldt’s Relative Wrote on Facebook That the ‘Devil Won More This Morning’ & Urged People to Run if They Saw Him

On Facebook, a relative of Godbolt described him as a provider and protector who would always make sure he was fed and said that the devil had possessed Godbolt.

“This was NOT the Uncle Cory everyone loved and knew,” the relative wrote.

“The devil possessed him,” the relative added, describing how Godbolt used to check on the family member and make people laugh. The relative, Kiyah Godbolt, wrote, “I am broken guys. I don’t think I will ever be the same. I have to look at families and think about how my uncle has changed so many families.. I fear y’all won’t accept us the same. I am so sorry. I am so sorry family..”

Kiyah wrote previously, sharing a mugshot of Willie Godbolt: “If y’all see my uncle, RUN. he is not in his right mind, he is not okay. He is GONE. this is not him. Something has taken over him. GO. GOOOO. RUN!! REPORT HIM.” Godbolt is now in custody.

Details of the murders were still coming in. But it appears that the first shooting erupted at the home where Godbolt had gone to talk about his children.

Someone called police to ask for him to be removed and gunfire broke out, according to The Daily Leader.

The sheriff “said the deputy and three others were killed there. Two more people were shot and killed at a residence on Coopertown Road,” The Daily Leader reported. “A third crime scene was located near where Godbolt was captured, according to reports.”

Meanwhile, heartfelt tributes to the slain deputy filled Facebook. He was remembered as a man with a good heart who used puppets to impart religious messages to children. He was a married father.

A correctional officer wrote of Durr on Facebook, “WE WILL MISS YOU WILLIAM DURR! THIS IS A TREMENDOUS BLOW TO LINCOLN COUNTY S.O. WE ARE MORE THAN COWORKERS, WE’RE FAMILY. PLEASE KEEP LCSO IN YOUR PRAYERS AS WELL AS DURR’S FAMILY…. I AM STILL AT A LOST FOR WORDS! #senseless #prayforlcso #bluelivesmatter.”

5. The Governor Released a Statement ‘Praying for Those Lost’

Phil Bryant, the governor of Mississippi, released a statement praying for those who were lost. He mentioned the sacrifice of the deputy sheriff.

“I ask all Mississippians to join Deborah and me in praying for those lost in Lincoln County,” he said on Facebook. “Every day, the men and women who wear the badge make some measure of sacrifice to protect and serve their communities. Too often, we lose one of our finest. I thank the law enforcement agencies involved for their hard work. May the peace of the Almighty wash over those hurting after this senseless tragedy.”

Loading more stories
wpDiscuz
39
0
Would love your thoughts, please comment.x
()
x
| Reply
Willie Cory Godbolt is accused of murdering eight people, including a deputy sheriff, in a Mississippi shooting spree. He spoke about the crimes on video.