Christopher Wray, Donald Trump’s choice for FBI director, is married to wife Helen Wray, with whom he has two children, Trip and Caroline.

Christopher Wray and Helen Wray live in Georgia, where her family has been prominent for generations, even owning the Atlanta Journal-Constitution at one point.

He’s the son of a father who is a lawyer, and a mother who worked with youth in New York.

Trump tapped Wray, a former Justice Department official now working as a private lawyer, to replace James Comey at the helm of the FBI. The nomination came the day before Comey was scheduled to testify before Congress.

1. Wray Married His Wife Helen, the Daughter of a Bank Vice President, in 1989

A wedding announcement for Wray’s marriage to the former Helen G. Howell says that the couple married in 1989.

Helen Howell was from Atlanta and the daughter of Henry L. Howell, a vice president of First National Bank in Atlanta, reported the wedding announcement, which ran in the New York Times. She is from Atlanta, Georgia, and the couple married at the Episcopal Cathedral of St. Philip in that city, according to the announcement. 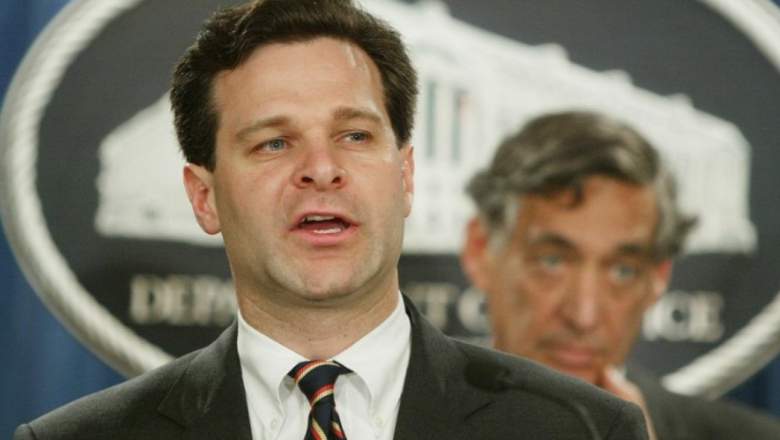 The announcement says that Helen’s sister, Catherine Caro Howell, served as the maid of honor. John Poinier was the best man at the couple’s wedding.

According to the Atlanta Journal-Constitution, the family of Wray’s wife, Helen, “has lived in Atlanta for seven generations and her great-grandfather, Clark Howell, once owned The Atlanta Constitution.” Helen’s mother’s father was a professor at Yale who introduced the mother, Stephanie Howell, to Henry Howell, to whom she was married for 49 years until her death, according to an obituary.

Henry Howell told the Buckhead Historical Society that the family was the namesake for Howell’s Mill and the present-day Howell Mill Road and “once owned about 4,000 acres of property in the area.” 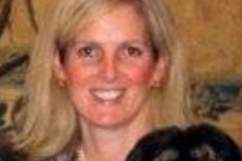 The couple’s wedding announcement says that they were both members of the Yale University class of 1989.

“Mrs. Wray graduated from the Westminster Schools and was the business manager of The Yale Daily News. She was presented at the Atlanta Debutante Club,” the announcement says.

Christopher Wray as had a distinguished career since leaving Yale. Christopher Wray, 50, has been a litigation partner at the King & Spalding law firm, working out of its Atlanta and Washington D.C. offices, since leaving the Justice Department in 2005, according to his bio on the firm’s website. 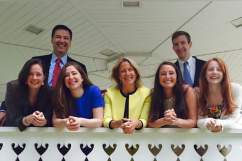 3. Wray’s Father Was the Partner in a New York Law Firm

Cecil and Gilda Wray, the parents of Christopher Wray. (Facebook)

Wray’s legal career ran in the family. His father was also a lawyer with a prominent law firm in New York.

Wray is the son of Cecil Wray Jr. According to the wedding announcement, Wray’s father was a partner at the New York law firm of Debevoise & Plimpton. Cecil Wray’s law firm bio says, “In 1960, Mr. Wray joined Debevoise and became a partner in 1968. From 1976 to 1979, he was the managing partner of the firm’s Paris office. Mr. Wray received his B.A. from Vanderbilt University in 1956 and his LL.B. from Yale Law School in 1959, where he was the Managing Editor of the Yale Law Journal. Prior to joining the firm, Mr. Wray served as a law clerk to Justice Tom C. Clark of the US Supreme Court.”

The biography also says that Cecil Wray “is a retired partner with Debevoise. He is a member of the Association of the Bar of the City of New York and the American Law Institute and a Fellow of the American Bar Foundation. He has been an Adjunct Professor at New York Law School, teaching Mergers and Acquisitions. He was a founder, and later President, of the American College of Investment Counsel, an organization of lawyers engaged in major institutional financing transactions. He is also a member of the Council on Foreign Relations. Mr. Wray is a co-author of Innovative Corporate Financing Techniques, (Bureau of National Affairs 1986).” 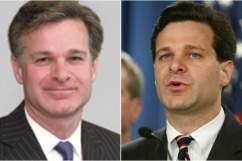 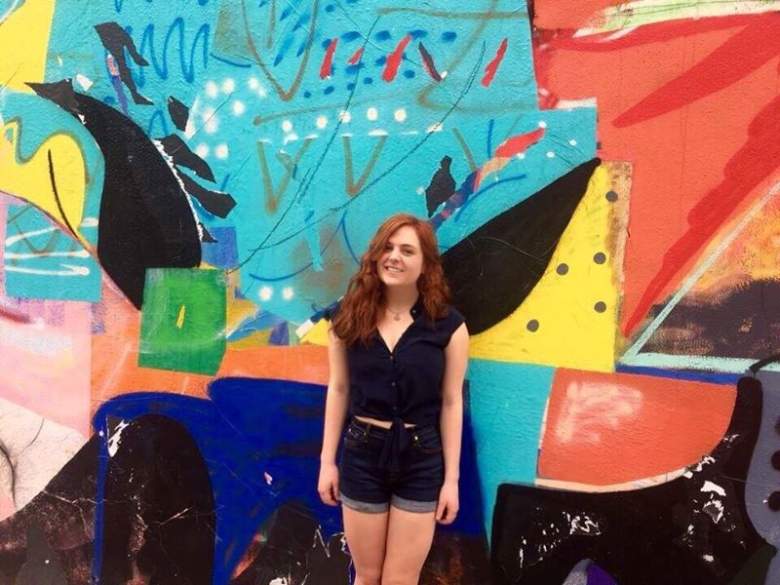 Wray’s mother, Gilda Wray, was involved in activities with youth.

“His mother, Gilda Wray, is the senior program officer at the Charles Hayden Foundation, which supports youth projects in New York and Boston,” the wedding announcement says.

5. Wray & His Wife Have two Children

Wary and his wife have made their home in Georgia, her home state.

According to their Facebook pages, Trip was involved in high school athletics, and Caroline is a student at Yale University.