PAUL J. RICHARDS/AFP/Getty ImagesFourth of July fireworks are seen over the U.S. Capitol and National Monument in Washington, D.C. on July 4, 2013.

Happy July 4th! Today we celebrate the 241st anniversary of the Declaration of Independence. While the Declaration was released more than a year after the outbreak of the Revolutionary War, the 1776 document is viewed as a formal explanation of why Congress had voted to declare independence from Great Britain.

What does scripture say about patriotism on Independence Day? Read these inspirational and patriotic Bible quotes about freedom to find out:

1. “Live as people who are free, not using your freedom as a cover-up for evil, but living as servants of God.” – Peter 2:16

2. “In him [Christ] and through faith in him, we may approach God with freedom and confidence.” – Ephesians 3:12

3. “For you have been called to live in freedom, my brothers and sisters. But don’t use your freedom to satisfy your sinful nature. Instead, use your freedom to serve one another in love. For the whole law can be summed up in this one command: ‘Love your neighbor as yourself.'” – Galatians 5:13-14

4. “It is for freedom that Christ has set us free. Stand firm, then, and do not let yourselves be burdened again by a yoke of slavery.” – Galatians 5:1

6. “Let it be known to you therefore, brothers, that through this man forgiveness of sins is proclaimed to you, and by him everyone who believes is freed from everything from which you could not be freed by the law of Moses.” – Acts 13:38-39

7. “Jesus replied, ‘I tell you the truth, everyone who sins is a slave of sin. A slave is not a permanent member of the family, but a son is part of the family forever. So if the Son sets you free, you are truly free.'” – John 8:34-36

8. “Jesus said to the people who believed in him, ‘You are truly my disciples if you remain faithful to my teachings. And you will know the truth, and the truth will set you free.'” – John 8:31-32

9. “The Spirit of the Sovereign Lord is upon me, for the Lord has anointed me to bring good news to the poor. He has sent me to comfort the brokenhearted and to proclaim that captives will be released and prisoners will be freed.” – Isaiah 61:1

10. “Do not snatch the word of truth from my mouth, for I have put my hope in your laws. I will always obey your law, for ever and ever. I will walk about in freedom, for I have sought out your precepts. I will speak of your statutes before kings and will not be put to shame, for I delight in your commands because I love them.” – Psalm 119:43-47 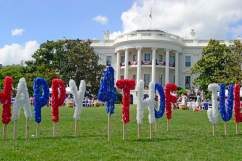 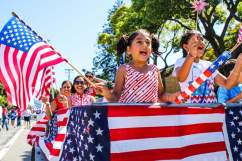