Four people were killed and at least two children were shot after a gunman opened fire through classroom windows at a Rancho Tehama, California elementary school after engaging in a series of spree shootings, many of them random, throughout the rural community.

Sheriff’s officials say he was “randomly picking targets” throughout town, other than the first murder, which appears to be of a neighbor against whom the killer had an open case for assaulting. Ten people are hospitalized for wounds they received in the spree.

The local District Attorney identified the shooter to The Sacramento Bee as Kevin Janson Neal. He was 43 and out on bail for a pending assault case. The school was on lockdown after the mass shooting that encompassed seven chaotic scenes with multiple victims and ended up at the elementary school. No children were among the deceased. One of the children was shot at the school and one in a vehicle, according to sheriff’s officials.

The assistant sheriff credited quick-thinking school officials with saving lives because they put the school on immediate lockdown, preventing Neal from entering the building which, they say, he frighteningly tried to do.

Distraught parents were waiting for information on their children. Witnesses described children screaming at the school as bullets were shot into classrooms. A 6-year-old was among those injured, according to 850 WFTL. One of the child victims was “shot while driving in a truck” with a female victim, his mother, KRCR reported. According to The Sacramento Bee, Rich DuVarney, the Tehama County superintendent of schools, “said no students or members of the school’s staff were killed.”

1. A Witness Described the Gunman Shooting Through Classroom Windows

KRCR-TV described “a chilling account” at Rancho Tehama Elementary School near Corning Tuesday morning, November 14. A witness described how the shooter fired bullets through classroom windows: “(The witness) said the series of shots came through the classroom windows, hitting one student…a young boy was shot in the foot and the chest. He said the child was alert and talking. He said another student in an adjacent classroom was shot under the arm. That child was also conscious.”

The television station added that the shooter was described as being in his 30’s-40’s “dressed in green cammo.” These details were not confirmed by authorities yet. Initially, the television station’s witness also said there were two gunmen, but sheriff’s officials say there was one. In past mass shootings, eyewitness accounts of more than one shooter have often proven to be wrong.

Assistant Sheriff Phil Johnston said in a brief news conference that a call came in of multiple shots fired. “That evolved into multiple victims and multiple shots at the elementary school. I am told at this point that the suspected shooter is deceased from law enforcement bullets.” He initially said that there were at least three deaths, but he couldn’t release their identities. “I don’t have any information at this time about any of the victims at the school. I know that we have medevaced (airlifted) a number of students. I know the school has been cleared. I know that we have the children who were attending school in a safe location at this time. You now know really what I know.” However, later reports increased the overall fatalities to five, including the shooter, with two children shot. The ages of the deceased were not yet released. 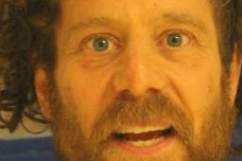 2. A Man Said the Shooter Was His Neighbor, a Felon Who’d Been Threatening People

Here is part of an interview with the man who says his truck was stolen and his roommate was shot and killed by the alleged shooter who is described as a known felon in his 50's named Kevin. #RanchoTehamashooting pic.twitter.com/ZNdwmdOwU7

An eyewitness told the news media that his roommate was wounded and that the gunman was a felon who had been his neighbor. “Brian Flint …said he received a call in the morning that his roommate was injured and that his truck had been stolen too,” reported The Record Searchlight, quoting him as saying, “The crazy thing is that the neighbor has been shooting a lot of bullets lately, hundreds of rounds, large magazines. We made it aware that this guy is crazy and he’s been threatening us.”

Reports indicated the shooter “was known to police and was out on bail for stabbing a female neighbor when he committed the killings on Tuesday.”

Johnston later said that the rampage may have started with a domestic violence incident: “They have received reports about a domestic violence incident that involved the suspected shooter, whose ID is not being released. The gunman was killed by police at the scene, bringing the death toll to five. Authorities said there might be more victims.” According to KRCR, sheriff’s officials said they recovered a semi-automatic rifle and two handguns.

BREAKING: At least 3 dead in shooting in Tehama Co. it started at a home and moved to the school. Shooter shot and killed by police. pic.twitter.com/xIKvyIxq4y

Kelli Saam of KRCR News Channel 7 “spoke with a witness who works near where the shooting took place in Rancho Tehama” and said “We heard multiple shots, starting with about 10, and proceeding to about 90 shots, of a high powered some kind of rifle sounding. We heard a man and children screaming from my location, I’m about three blocks from the school, I could hear people screaming at the school.”

Sara Stinson, a reporter with Action News Now, reported that the road was blocked off with crime scene tape. “Parents are in distress stuck behind road block not knowing the status of their kids at school in Rancho Tehama where the shooter ended up,” she wrote. One witness said 90-100 shots were fired. The first shooting scene was at a nearby home.

Although there was a lot of focus on the school, the rampage took place throughout the community, and some of the victims were targeted randomly, authorities said.

“The rampage all started shortly after 8 a.m. on Bobcat Lane and Fawn Lane in Rancho Tehama Reserve. The gunman reportedly stole two different vehicles and opened fire at seven different sites. It ended in a shootout with two sheriff’s deputies. The officers, who were not injured, found the gunman dead inside a car,” reported The Record Searchlight, which added that “Initial reports said somebody was barricaded in a structure and there were multiple victims, including one who was dead.”

4. It Appears the Gunman Was Randomly Targeting People Throughout the Town

The rampage started “at 7:52 in the morning of shots fired, and a man down on Bobcat Lane and Fawn Lane in Rancho Tehama. The shooter then moved through out several neighborhoods shooting his gun creating seven separate crime scenes.The shooter stole two vehicles during the rampage, a white Ford F150, and a sedan,” reported Action News Now. It appears that one of the victims was a neighbor with whom the gunman had a long-running feud that erupted in serious charges against him last winter for which he was soon to face trial.

“An employee with the Corning Unified School District said there were reports of an active shooter at the school, and there were confirmed injuries,” The San Francisco Chronicle reported. The rural community in northern California has just under 1,500 people, according to Census reports.

However, it later emerged from sheriff’s officials that there were at least seven shooting scenes throughout the town with multiple victims because it’s believed the gunman was on a random rampage. “It was very clear at the onset that we had an individual that was randomly picking targets,” Johnston, the sheriff’s official said in a media update later in the day.

Reporter Brooks Jarosz reported that “Victims were random targets. Shooter not licensed to carry, known to law enforcement. Semi-auto rifle & two handguns recovered. @fbi now on scene….Shooter engaged two officers, killed by police, had domestic violence incident yesterday. Motive unknown.” According to Uk Daily Mail, “Witnesses have since described seeing the gunman drive through the town and select victims at random, firing his weapon at them from behind the wheel of his car. One told how he saw a woman shot dead in the street next to her husband.”

5. There Was a Massive Law Enforcement Response to the Scene

The sheriff’s official, speaking just after noon on November 14, as news of the mass shooting broke, said about 100 law enforcement personnel were in Rancho Tehama with multiple scenes. “I can think of at least five scenes I have been told about. We are spread thin… we are still requesting ambulances,” the official said. You can watch his news conference below:

“Road into Rancho Tehama closed at turnoff at Paskenta Rd. Law enforcement says three dead, including suspect. At least 5 scenes,” reported Julie Zweeb, Red Bluff Daily News reporter. She also wrote earlier, in the afternoon of November 14, “Shots fired Rancho Tehama, elementary school on lockdown, scanner reports of one dead, one moderate to major injuries.” Zweeb added, “Multiple victims taken to hospital in Rancho Tehama shooting.” One shooter is said to be among the three who are deceased. That shooter’s motive and identity have not yet been released.

This article will be updated as more is learned about the victims.