Peter Strzok, the top FBI agent under fire for allegedly sending anti-Donald Trump texts, is married to Melissa Hodgman, an official at the U.S. Securities and Exchange Commission.

An obituary confirms that Strzok is married to Hodgman, 49, who was named to her position with the SEC in October 2016. Peter Strzok, a top counter-terrorism agent in the FBI, was quietly removed from Robert Mueller’s probe into President Donald Trump and his associates when Mueller learned that Strzok had allegedly sent the texts. “Bosses discovered he and another member of Mueller’s team had exchanged politically charged texts disparaging President Trump and supporting Hillary Clinton,” The Washington Post reported.

On July 12, 2018, he was questioned by members of Congress and heatedly denied that his texted opinions about Trump influenced the investigations into the president and Hillary Clinton.

“I understand we are living in a political era in which insults and insinuation often drown out honesty and integrity,” Strzok told members of the House Oversight and Judiciary committees during the heated hearing. “I have the utmost respect for Congress’s oversight role, but I truly believe that today’s hearing is just another victory notch in Putin’s belt.”

The hearing was so contentious that at one point Republican Rep. Louie Gohmert of Texas told Strzok: “I can’t help but wonder when I see you looking there with a little smirk, how many times did you look so innocent into your wife’s eye and lie to her about Lisa,” referring to Lisa Page, the woman with whom Strzok had an affair.

According to CNN, Strzok, 47, was the person who switched language in former FBI Director James Comey’s draft statement on Hillary Clinton and her emails, weakening the language in a way that worked in Clinton’s favor. You can see a photo of Hodgman here.

1. Hodgman Has Worked for the SEC Since 2008 & Pledged ‘Tough But Fair’ Enforcement

Here is the anti-@realDonaldTrump #FBI agent who texted anti-Trump tweets with his paramour #FBI #PeterStrzok pic.twitter.com/CBDFsZjen2

Hodgman started working in the enforcement division at the SEC in 2008 as a staff attorney and was promoted to assistant director in 2012. She investigated numerous cases of fraud and earned a $229,968 salary in 2016, FederalPay.org reported.

“I am honored by this appointment and look forward to continuing our tradition of pursuing tough but fair enforcement actions in complex and cutting-edge cases, especially matters involving cross-border issues and efforts to hold gatekeepers accountable for breaches of their professional standards,” Hodgman said in a news release.

Both Hodgman and Strzok graduated from Georgetown University, a list of donors to the university showed. Strzok earned his master’s degree from the school in 2013, the list indicated. In 2012, the couple donated between $2,500-4,999 to their alma mater.

Hodgman and Strzok also donated between $250-499 to the Shakespeare Theatre Company, a 2007-08 annual report said. The couple live in the Fairfax, Virginia area and purchased a home for $520,000 in June 2003, according to public real estate records.

An obituary for Hodgman’s mother showed the mother lived in New York and is from Pennsylvania and reads, “A beautiful woman, loving mother, grandmother, writer and humanist passed away November 15, 2010 at age 67.” It says that Melissa Hodgman is one of three children.

Peter Strzok has had a hand in many of the FBI’s most recent controversies. Fox News reported that “Strzok, a former deputy to the assistant director for counterintelligence at the FBI, oversaw the bureau’s interviews with ousted National Security Adviser Michael Flynn, changed former FBI Director James Comey’s early draft language about Hillary Clinton’s actions regarding her private email server from ‘grossly negligent’ to ‘extremely careless’ and reportedly helped push the largely unverified dossier on Trump that was initially prepared by Fusion GPS for the Clinton campaign’s opposition research.”

3. Peter Strzok Is Accused of Having an Affair With an FBI Lawyer, Reports Say

According to The Washington Post, during the Clinton investigation, “Strzok was involved in a romantic relationship with FBI lawyer Lisa Page, who worked for Deputy Director Andrew McCabe.” McCabe himself has been criticized because his wife received money from groups with alliances to Clinton. According to Newsweek, “It’s true that for her campaign, Jill McCabe received a total of $675,288 from two entities associated with McAuliffe: a political action committee and the Virginia Democratic Party.” She was running for Virginia’s senate at the time. “McAuliffe is a longtime friend of Hillary and Bill Clinton,” reported Newsweek.

Strzok exchanged messages with Page that helped lead to his ouster from the Mueller team, the Post reported. “Of greater concern among senior law enforcement officials were text messages the two exchanged during the Clinton investigation and campaign season in which they expressed anti-Trump sentiments and other comments that appeared to favor Clinton,” according to the newspaper.

According to The Daily Caller, “Strzok’s text messages with Page, his mistress, were first discovered by the Justice Department’s inspector general as part of an investigation that has been conducting into the FBI and DOJ’s handling of the Clinton email investigation.”

The site adds, “Strzok, a former Army officer, was the lead FBI investigator on that inquiry, too. He conducted the July 2, 2016, interview with Clinton herself. He was attended by David Laufman, a Justice Department lawyer and Obama donor.”

The press release on Hodgman’s SEC promotion lists some of the cases she’s been involved in, and all involve variations of financial fraud. However, one prominent prosecution crumbled. The press release lists these cases as noteworthy:

“The SEC’s first case against a brokerage firm for failing to file SARs when appropriate.

Fraud charges against a Wall Street CEO and his company, family members, and business associates accused of secretly obtaining control and manipulating the stock of Chinese companies they were purportedly guiding through the process of raising capital and becoming publicly-traded in the United States

Fraud and other related charges against China North East Petroleum Holdings, its CEO, President and former Chairman of the Board of Directors, and others arising from their alleged diversion of offering proceeds to the personal accounts of corporate insiders and their immediate family members and fraudulent conduct in connection with at least 176 undisclosed related-party transactions.

Charges against Charles Schwab Investment Management, Charles Schwab & Co., and two executives for making misleading statements regarding the Schwab YieldPlus Fund and failing to establish, maintain and enforce policies and procedures to prevent the misuse of material, nonpublic information.”

“Melissa has supervised and investigated a broad range of noteworthy and first-of-their-kind cases across the spectrum of the securities industry and involving misconduct located around the world,” said Andrew J. Ceresney, Director of the SEC’s Enforcement Division, said in the news release. “She has distinguished herself with her excellent judgment and creativity, and I am pleased to have her join the senior ranks of the Enforcement Division.”

One case in particular has caused controversy, however. In 2015, she supervised the investigation that led to “fraud charges against a Wall Street CEO and his company, family members, and business associates accused of secretly obtaining control and manipulating the stock of Chinese companies they were purportedly guiding through the process of raising capital and becoming publicly-traded in the United States,” an SEC press release says. In that case, the SEC alleged that “Benjamin Wey and New York Global Group (NYGG) typically structured reverse mergers between clients and publicly-traded shell companies in such a way that he and other family members secretly obtained ownership interests of more than five percent of the newly listed companies,” the release said.

Also charged: Wey’s “two attorneys Robert Newman and William Uchimoto.” The involvement of Uchimoto in the case has led to controversy online. According to the New York Law Journal, “A federal judge in Manhattan on Monday threw out civil securities fraud claims against William Uchimoto.” The case against Wey also fell completely apart.

“U.S. securities regulators…moved to drop their fraud case against Wall Street financier Benjamin Wey, about a month after prosecutors dropped a related criminal case after a judge threw out some evidence,” Reuters reported. According to Reuters, “The criminal case against Wey collapsed in June, when U.S. District Judge Alison Nathan ruled that a huge cache of materials seized from Wey’s home and offices could not be used because they were obtained with overly broad search warrants that violated Wey’s constitutional rights.”

The article continued, “Nathan said the seizure of items such as children’s school records, family photos and X-rays at minimum reflected ‘grossly negligent or reckless disregard’ of the Fourth Amendment, which protects against unreasonable search and seizure.”

The network further alleged that “electronic records show Peter Strzok, who led the investigation of Hillary Clinton’s private email server as the No. 2 official in the counterintelligence division, changed Comey’s earlier draft language describing Clinton’s actions as ‘grossly negligent’ to ‘extremely careless.'” That has legal significance because gross negligence is language needed for a criminal charge. 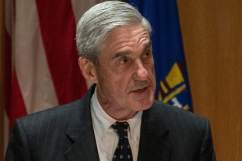 Loading more stories
wpDiscuz
0
0
Would love your thoughts, please comment.x
()
x
| Reply
Melissa Hodgman, the wife of Peter Strzok, the FBI agent removed from Robert Mueller's team, is a lawyer for the SEC.