John Cowell, 27,  has been named as the suspect in the stabbing death of Nia Wilson, 18. Her sister Letifah Wilson (listed by some sources at Tashiya or Lahtifa) was also stabbed, but she survived the horrific attack. Cowell was on the run nearly a full day after the stabbing, but was taken into custody at Pleasant Hill BART around 5:45 p.m. Pacific on Monday night, officials announced. Witnesses said the attack seemed to happen at random on the platform of a BART station in Oakland, California on Sunday night. Here is what we know so far about the suspect and what happened.This is a developing story.

1. John Cowell, the Suspect in the Stabbing, Was Taken Into Custody Monday Night at Pleasant Hill BART

Murder suspect identified in MacArthur stabbing. John Cowell is considered dangerous. Please call 911 if spotted. RIP Nia Wilson. We will bring this suspect to justice. Our thoughts are with the family and friends. Details: https://t.co/DEkTJvJnNe pic.twitter.com/igZU2bdel7

Officials named John Cowell as the suspect in the stabbing of Nia Wilson and Letifah Wilson (previously named by some sources as Tashiya.) His name was released by BART officials during a noon press conference on Monday. BART officials said that he was considered dangerous and anyone who sees him should call 911. According to the surveillance video, Cowell “struck very rapidly” when he attacked Nia and stabbed her to death and then attacked her sister.

Officials announced Monday night that Cowell had been taken into custody at Pleasant Hill BART. This is his most recent mughshot photo:

Below is a chilling photo of Cowell from the night of the stabbing.

Share this clearer image of the murderer John Cowell. They should’ve released this one instead of the grainy version of the other one.

He’s 5,9” & weighs nearly 200 pounds. This is now the best, clearest image of him after the murder. pic.twitter.com/UCXqGA7bq0

According to BART’s statement about what happened: “The BART Police Department is releasing images of the suspect wanted for fatally stabbing 18-year-old Nia Wilson and wounding her sister at MacArthur Station Sunday night.  BART police officers were already at MacArthur Station when the incident occurred at approximately 9:36 pm and were flagged down about a male suspect on the platform with a knife.  Officers arrived on the platform and found two women suffering from stab wounds.  Officers immediately began rendering aid to the victims until paramedics arrived.  Nia Wilson succumbed to her injuries and was pronounced dead at the scene.  Her sister was taken to a nearby hospital.”

You can listen to the dispatch audio after the stabbing below:

Dispatch audio BART double stabbingA double stabbing in the MacArthur BART station in Oakland left one woman dead, another critically injured and forced the closure of the station, police say. Shortly after 9:35 p.m. Sunday, authorities received word of a possible stabbing with two victims on a San Francisco-bound platform. Officers responded and found two victims, one of whom died soon after, BART spokesman Jim Allison said.2018-07-23T15:32:09.000Z

The stabbing was a horrific conclusion to what was already a sorrowful day for the family. Nia Wilson had been celebrating the birthday of her boyfriend, who had passed away two years earlier in a drowning accident, her cousin told KTVU.

Cowell was found thanks to an anonymous tip from a BART passenger, The Washington Post reported. He was seen on another BART train and taken into custody.

2. Officials Took Hours to Release Photos of the Suspect in an Attack that ‘Was One of the Most Vicious’ the BART Police Chief Had Ever Seen

The attack happened on Sunday night around 9:45 p.m., but officials didn’t release any photos until the afternoon of the next day. The BART Police Chief said during a press conference that this was “one of the most vicious attacks I’ve seen.” The attack was caught on camera, and the suspect could be seen in the BART parking lot video changing clothes after the attack. BART police said that could be considered an admission of guilt.

On Monday morning, BART officials said they were reviewing the evidence closely but weren’t yet ready to release photos or video footage. This caused a lot of concerned citizens, family members, and friends to feel quite angry about the delay.

Jim Allison, BART spokesman, told KTVU that they have surveillance images of the suspect, but weren’t sharing them right away.

rest in peace Nia Wilson. praying for your sister to pull through and heal, and for her heart when she does. God bless your family. BART, you have cameras & thousands of passengers daily, you’re being held accountable!!! this shit is wild. so young, super heartbreaking…?

What’s taking so long? I arrived at MacArthur Bart at 12:13 AM, my cousin had already passed away, and there still are no images? Come on man he could be anywhere RIGHT NOW https://t.co/kTkFZGlcyT

It’s unclear why it took officials so long to release Cowell’s photos.

Cowell is 5’8″, Caucasian, and weighs 180 pounds. He has short, dark hair, and a closely cropped beard and mustache, KTVU reported.

BART Chief of Police Carlos Rojas said during a press conference that there was no evidence that the attack was racially motivated, but police weren’t ruling out the possibility either. Oakland Mayor Libby Schaaf said that a motive wasn’t yet known. “The senseless and violent stabbing of two young women on a BART train platform last night has shaken our community,” she said in a statement.

3. The Suspect Rode on the Same Train with Nia Wilson & Her Sister, And Followed Them Off the Train Before Stabbing Them

BARTJohn Cowell the night of the stabbing.

Nia Wilson, 18, and her sister, Letifah Wilson, were stabbed just after they rode a BART train in Oakland at the MacArthur Station on Sunday night, SFGate reported. Nia was stabbed in the neck and passed away shortly after police arrived. Her sister was taken to the hospital for treatment. The photo above is from surveillance footage showing Cowell the night of the attack, wearing a gray and white track suit and carrying a backpack.

According to a statement from BART, it appeared that both the suspect and the two girls boarded a BART train at the Concord Station at the same time. They rode on the same train and all got off at MacArthur. The attack happened on the MacArthur platform.

The suspect followed the victims off the train when they exited the Warm Springs line at MacArthur Station, reported Elissa Harrington of KTVU. He stabbed the two women on the platform. (San Francisco Chronicle reported that they were waiting for a train when they were stabbed.)

A man who only witnessed the last part of the attack said he heard a commotion and turned around to see one victim bleeding from her neck and the suspect “poking” the other woman, SFGate reported. He didn’t hear arguing or yelling before the attack.

The attack was later described by officials as being similar to a prison yard assault, where they attack without warning and then take off running.

Another witness said the suspect seemed to come out of nowhere, SFGate reported.

Letifah later spoke to ABC 7 about the horrific attack that killed her sister. “She’s just yelling my name, ‘Tifah, Tifah, Tifah,’ and I said, ‘I got you baby, I got you…'” She added, “I’m her protector and I feel like I didn’t protect her.”

Letifah told ABC 7 that they never saw Cowell or exchanged any words with him before the stabbing. “All of a sudden we transfer, just to get blindsided by a maniac, for what I don’t know,” she said. “I looked back and he was wiping off his knife and stood at the stairs and just looked. From then on, I was caring for my sister.”

4. Cowell Was Convicted of Second-Degree Robbery & Was on Parole, Had a Restraining Order for Threatening Hospital Staff, & Had Interactions with BART Police Before

John Cowell has a previous record and has had interactions with BART Police before, according to a statement from BART. Police said in a press conference that he was a violent felon currently on parole.

Court records showed that in May 2016 he was convicted of felony second-degree robbery, SFGate reported.  A Kaiser hospital in Richmond had also obtained a restraining order against him in April 2016 because they said he repeatedly harassed and threatened staff members. He was homeless and would sometimes show up at the emergency room and make threats, said Jason Curliano, an attorney who represents the hospital, to SFGate. According to East Bay Times, Cowell got angry at a woman who worked at the hospital, and threatened another coworker that if she was friends with the woman, he would shoot her in the face.

A different restraining order was also filed against him in 2015. A search of court records also reveal a John Lee Cowell with 2016 bookings in Alameda County for misdemeanor infractions involving possession of a controlled substance, petty theft, and vandalism (malicious destruction of property.)

In 2013, he was convicted of battery in Walnut Creek.

Cowell had just been released on parole in May 2018, KRON 4 reported, after fulfilling his complete prison sentence.

The photo above is a previous booking photo, as is the next photo.

The photo that shows him wearing a hat is from a recent interaction he had with BPD that was recorded from an officer’s body camera.

He’s a transient and does not have a home that police could search for clues about him. A former neighbor, Carol Kincaid, told East Bay Times that he once got mad at a clerk at Burger King and came back later, throwing a brick through the window. “I think he would absolutely kill somebody if he had something against someone,” she said.

A few months ago, she said, Cowell had returned to the neighborhood and was living with his aunt across the street. The last time she saw him, she said he was acting odd.

Woke Up To This Disturbing News A Beautiful Young Girl Was Killed At The Hands Of White Man In A Random Act Of Violence At MacAuthur Bart Station On Sunday Night. Life Isn’t Promised The Next Second Minute Hour Let’s Not Take Life For Granted. #JusticeForNia. pic.twitter.com/sFujLQoW84

Concerned that the attack wasn’t getting enough media attention to find the suspect, concerned citizens, family members, and friends took matters in their own hands. They began sharing calls to action with the hashtags #JusticeForNia and #JusticeForTashiyaAndNia.

Dam this is sad and justice needs to be served #JusticeForTashiyaAndNia pic.twitter.com/upsJe3tJyW

Wilson, only 18, had her entire life ahead of her. She was a student at Oakland High School. Her cousin, Ebony Monroe, said she loved her cousins, fashion, and makeup. She was a “beautiful, sweet person” Monroe told SFGate.

Here are more photos of Nia Wilson. Her life ended tragically, cut short before she could experience all that the world had to offer.

Ansar Mohammed, who identified himself to KTVU as Wilson’s father, is begging for justice. He works at Highland Hospital and said he sees crimes like this every day, “but I never imagined myself going through nothing like this. That’s my baby girl up there.” 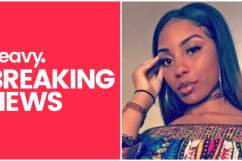 Read More
5 Fast Facts, Breaking News
John Cowell, suspect in the stabbing of Nia Wilson, was taken into custody at a BART station. See photos of the man police said was a violent felon on parole.