Facebook A woman was attacked by this man at a park near Chicago because she was wearing a Puerto Rico flag shirt.

A Chicago-area woman was attacked by a man who police say was drunk because she was wearing a Puerto Rico flag shirt at the Forest Preserves park in Cook County, Illinois. Video of the incident has gone viral.

In the video, the man, identified as Timothy Trybus, can be seen asking if she is a citizen and saying she should be wearing an American flag. Puerto Ricans are American citizens whether they are born on the U.S. mainland or in Puerto Rico, which has been an American territory since 1899. Puerto Ricans have been U.S. citizens since 1917 when President Woodrow Wilson signed the Jones-Shafroth Act into law.

The incident occurred on June 14, but the video went viral several weeks later, on July 9, when it was posted on social media by the news outlet NowThis. You can watch the NowThis video below:

The man in the video was later arrested, but the a Forest Preserves police officer can be seen in the footage watching from about 20 feet away as the woman was attacked and not doing anything, leading to outrage. That officer is now under investigation. In the video, the woman can be heard asking the officer, “I do not feel comfortable with him here; is there anything you can do?” She later says in the video, about the officer, “He didn’t do anything.”

Another, longer version of the video, was posted to Facebook Live by the victim, Mia Irizarry. You can watch the full video below:

Irizarry said on Facebook that she had rented out a pavilion at the forest preserve for a birthday party when she and her family and friends were accosted by the unidentified man. She wrote on Facebook, “the man was charged and left handcuffed in the back of a squad car. Filing a formal complaint against the officer. I received a refund from the park district….Still had friends come over and had a decent time.”

Irizarry was also attacked by other people on Facebook after posting the video, according to screenshots she posted. One woman claimed that Puerto Rico is not part of America during a rant about President Donald Trump:

This is Bonnie Jean Milroy. She harrassed a young woman Mia Irizarry on Facebook after Mia went Live to document being verbally/physically harrassed by a racist man in a park. She is an ignorant racist who can't spell worth a damn. pic.twitter.com/mGGq2XtY4S

I saw this on Facebook and it was truly disturbing. Mia Irizarry is Puerto Rican. Also, Mia posted a video in which a man berated her in a park because she wore a shirt with a Puerto Rican flag. This is America! pic.twitter.com/KdEddm29rY

The video sparked widespread outrage on July 9. Puerto Rico Governor Ricardo Rossello responded on Twitter, “Today a video surfaced of an undignified event in which a Puerto Rican woman was brutally harassed by a bigot while an officer did not interfere. I am appalled, shocked & disturbed by the officer’s behavior. … We will be looking into this incident as our offices in DC are in contact with local and state authorities, demanding that this officer be expelled from the police force. He failed to deescalate the situation and therefore did not ensure a citizen’s safety.”

Rossello added that Cook County is home to a diverse population and he believes Cook County Board President Toni Preckwinkle will handle the incident properly. He added, “The United States of America is a nation that was built and thrives on diversity. We cannot allow those who do not understand America’s greatness to terrorize people because of their background. This is not the America we all believe in.”

Preckwinkle has not commented.

In a statement posted to Twitter, the Forest Preserves of Cook County said, “We are aware of the the June 14 incident and video. After the incident, we immediately launched an investigation pursuant to our personnel policies into the response of our officer. The investigation is ongoing and the officer involved has been assigned to desk duty pending the outcome. The intoxicated individual involved in the incident was arrested and charged with assault and disorderly conduct.”

The statement added, “All people are welcome in the Forest Preserves of Cook County and no one should feel unsafe while visiting our preserves.” 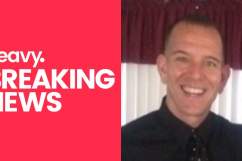 Editor’s Note: An earlier version of this report incorrectly stated the date when Puerto Ricans gained citizenship. It was in 1917, not 1899.

Loading more stories
wpDiscuz
0
0
Would love your thoughts, please comment.x
()
x
| Reply
A woman, Mia Irizarry, was attacked by a woman wearing a Puerto Rico flag shirt at the Forest Preserves of Cook County, Illinois, as a police officer stood by and did nothing.