Screenshot of Article Andrew Sullivan is under fire after posting a controversial column on reverse-racism.

Andrew Sullivan is trending on Twitter after posting a New York Magazine article about his thoughts involving the recent controversy with Sarah Jeong. Twitter is lighting up with users arguing whether his argument that Jeong was actually being a “reverse racist” and that left-leaning publications allow for reverse racism was valid or not.

The article, titled “When Racism Is Fit to Print,” highlights a string of old tweets that Jeong posted between 2013 and 2015. Some of the tweets include comments like “White men are bulls–t,” and “dumba– f–king white people marking up the internet with their opinions like dogs pi–ing on fire hydrants.”

Are these racist?
These are tweets by Sarah Jeong who was just hired to the NYT editorial board. pic.twitter.com/B3P7ay8QNR

Armin Navabi, founder of Atheist Republic, tweeted a series of screenshots of Jeong’s alleged former tweets, which most involve sarcastic commentary regarding white people. Jeong, the most recent editorial hire for the New York Times, came under fire after the old tweets resurfaced, with many calling her out for being a racist. On Thursday afternoon, Jeong released a statement in response to the outcry.

She wrote, “I engaged in what I thought of at the time as counter-trolling. While it was intended as satire, I deeply regret that I mimicked the language of my harassers. These comments were not aimed at a general audience, because general audiences do not engage in harassment campaigns. I can understand how hurtful these posts are out of context, and would not do it again.”

However, the news of her old tweets spread like wildfire, drawing criticism from thousands across the internet. Many agreed with Navabi and called Jeong a racist, claiming that, despite the satire behind many of the comments, she was still showing an incredible amount of intolerance toward Caucasian people.

Sullivan’s article addresses her tweets, breaking them down one-by-one and describing his issue with each one of them. He claims that Jeong was using “eliminationist” rhetoric, what he describes as “language that wishes an entire race could be wiped off the face of the earth,” when she tweeted “#cancelwhitepeople.”

Jeong had also posted a tweet stating that “White people have stopped breeding. you’ll all go extinct soon. that was my plan all along.”

Sullivan responded to the two “eliminationist” comments with his own: “One simple rule I have about describing groups of human beings is that I try not to use a term that equates them with animals. Jeong apparently has no problem doing so.” 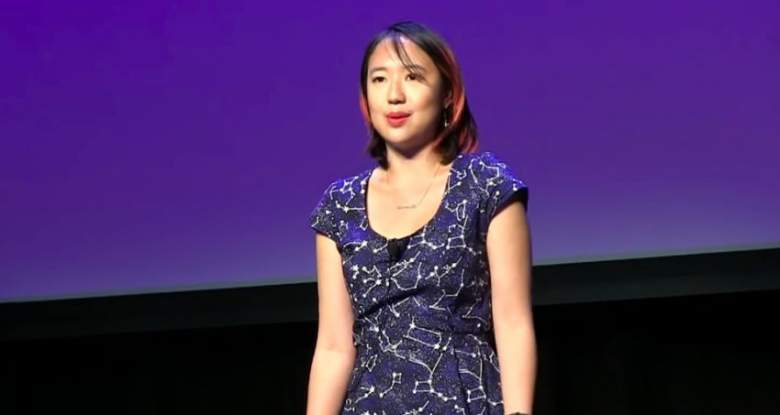 YouTube/XOXO FestivalSarah Jeong, a recent hire to the New York Times editorial board, has been called out for a racist tweet history.

He goes on to explain just how “reverse” racist he believes her comments are, stating that if you replaced the word “white people” with any other color, it would be deemed racist.

“Another indicator that these statements might be racist comes from replacing the word “white” with any other racial group. #cancelblackpeople probably wouldn’t fly at the New York Times, would it?” he asked in his article. “Or imagine someone tweeting that Jews were only “fit to live underground like groveling goblins” or that she enjoyed “being cruel to old Latina women,” and then being welcomed and celebrated by a liberal newsroom.”

Sullivan continues to explain why he considers the left’s refusal to call Jeong a racist to be both contradictory and hypocritical. He says that just because she is a woman and a racial minority does not mean that she can’t be racist. He then goes on to accuse Jeong of not actually apologizing for her racial comments, but blaming them on internet “trolls” instead, and claims that the New York Times also “bought” her argument.

i mean i know andrew sullivan is a dumbass but my god pic.twitter.com/DsDI0snhFy

You can read Sullivan’s entire article here, as he goes into deeper detail about why it isn’t okay to defend somebody who is making racist remarks, regardless of the color of their skin. He also gives a detailed account about why he thinks that left-leaning publications such as the New York Times and Washington Post feel that they can get away with hiring and defending people who are racist against white people – because they believe they are on the “right side of history.”

As news spread of the article, which was posted Friday morning, Twitter was up in arms over Sullivan’s article. Many users attacked Sullivan, calling him a “stupendously dishonest” reporter, and claiming they were embarrassed to be “tangentially associated” with it.

Yes Andrew Sullivan’s worldview is stupendously dishonest, and his oeuvre is a long jam of reactionary bad columns. But one would think that with so much practice…he would be better at them?

One user even suggested creating a GoFundMe for Sullivan to get him to stop writing columns altogether.

Twitter user Matt Bors posted: “These fragile weak men like Andrew Sullivan tell you the kids are coming for all jokes and political thought then spend days pushing a drawn out melt down over someone saying whites are sunburnt goblins”

Several users claimed that he was just outright wrong, and stated that reverse-racism isn’t real. Jack Smith IV wrote: “That Andrew Sullivan piece is stupid because reverse racism doesn’t exist, but it’s also stupid because he managed to slip in the ‘socialism only works in all white countries’ anti-diversity argument.”

Other users chimed in with support for Sullivan, saying they support his column because it “exposes what everybody in journalism … is really afraid of talking about: POWER.”

andrew Sullivan's piece is excellent because it exposes what everybody in journalism left right center media sports luxury travel is really afraid of talking about : POWER

User Rob Schneider wrote that his quote about the social justice movement knowing they are on the right side of history despite bigotry really “sums it all up.”

This quote from Andrew Sullivan this morning kind of sums it all up. pic.twitter.com/LTXx0efzHz

I don’t care who the New York Times, CNN or MSNBC hires. My only interest in the #SarahJeong story is it’s just more proof that the media are extremists.

Normal people don’t write stuff like this and it is just more proof that most people in the MSM are not normal. pic.twitter.com/dKXhzaSKNy

Another user wrote: “”Andrew Sullivan” is trending because people in the media feel REALLY REALLY REALLY strongly about not calling virulent racism racism.”