Netflix Kenneth Foster Jr. is the death row inmate featured in the second episode of Netflix's 'I Am A Killer,' for his role the murder of Michael LaHood Jr.

Kenneth Foster Jr. is a man convicted of the murder of Michael LaHood Jr., and featured in the second episode of Netflix’s ‘I Am a Killer.’

Recently, Bexar County District Attorney Nico LaHood has spoken out against Foster’s recent testimony via Netflix. All I’m saying is, I don’t believe the man is sincere,” LaHood said Monday, to . “Everybody deserves redemption if they want it. That’s the big if. They have to want it.”

LaHood added, “And there is no reconciliation between anybody without truth. If I offended you, but yet I lie to you to try to make it better with you, that’s not true reconciliation.”

1. On August 14, Michael LaHood Was Murdered by Mauricio Brown, with Foster Present

“There was four of us that was in the car,” Foster said. “I was driving…as we were driving, one of the occupants said, maybe we want to pull a jack move…which is basically a robbery, under the law, it’s a robbery.”

Foster continued, “I felt some peer pressure, and I said okay. This happened twice, and there was an unsettling feeling in me…as we were driving towards this area, there was another two cars that were in front of us. The two cars ended up turning into a residential area. That’s where the events took a wrong turn.”

At that point, the men pulled over to have a conversation with a woman who was later found out to be a stripper. One of the men got out of the car to approach the woman, at which point LaHood came closer to the car. Foster then points out that whatever happened next is “kind of a controversy,” because the only people who really saw what happened were LaHood, Brown, and the woman.

“I did know that he had a gun,” Foster said. “[But] he never said he’s taking the gun, he never said ‘be prepared to take off…’ we really thought he was going to go for a round with the female.”

2. Foster Was Given the Death Penalty Even Though He Never Fired a Single Shot

Despite the fact that Brown later testified he had acted of his own accord, the jury later convicted both Foster and Brown of capital murder, and Foster of being the conspirator to the act, as the driver. Foster was convicted under the Texas Law of Parties, which stipulates that anybody who is ‘party’ to a law can be held responsible for it.

“I can honestly say that you don’t know death row until you’re there,” Foster said. “Every day, when you’re there, and every year, there was executions mounting up. Some of these guys became my friends.”

Brown was executed in 2006 via a lethal injection. Foster was eventually spared.

3. Foster Was Commuted of the Death Penalty Six Hours Before His Execution

On the day before Foster’s execution, he was taken from death row early amid protests (both inside of the jail and in the public) to spare him of the penalty.

Foster noted, “When they came and took me out of my cell, I went to the ground. I refused to walk. I was scared. I didn’t feel like I should get executed. I made them carry me…and the next day, I had my final visit with my family.”

Foster eventually found out that his sentence was commuted six hours before his execution, by then-Governor Rick Perry.

In the wake of Foster’s death sentence being commuted, he was given a new prison sentence of 40 years. “Every day for the last 21 years, I’ve had to think, ‘What can I do that’s going to make a difference in this situation?'” Foster said.

“Even though I wasn’t the one that killed LaHood, nevertheless I was there,” Foster said. “I’ve had to pay the price for it, and it means something to me.”

Foster has stated his intentions to build a bridge with the LaHood family, to find out if “rehabilitation and redemption is possible.”

“I want to show that life is worth something,” Foster said.

Nico LaHood has stated that he doesn’t believe those men would have gone as far as they had into his neighborhood unless they were following someone.

“I became a functioning ‘angerholic’ [after my brother’s death],” LaHood said, “and the world didn’t give me any answers.

“The idea of meeting with Foster doesn’t enrage me anymore,” LaHood said, “But I will not expend any resources to do something solely for him. He can’t pay me back…so why seek me out for a debt that he can’t pay?”

5. While In Prison, Foster Became Infamous For His Prolific Writing

“Regardless that I’ve had countless of these cheap machines each one is ‘baby.’ The receiver of my affection and attention. Without ‘her’ I didn’t feel complete. With ‘her’ I felt like I was on a DELL in an office somewhere in upper Manhattan. While guys spent time in these Seg cells calling out chess moves over the walkways or doing push-ups until their veins bulged from their temples, I was in my cell pecking away trying to create a different world for myself. Some kind of way I felt I could rewrite my future.” 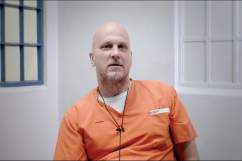 Loading more stories
wpDiscuz
0
0
Would love your thoughts, please comment.x
()
x
| Reply
Kenneth Foster Jr. is the death row inmate featured in the second episode of Netflix's 'I Am A Killer,' for his role the murder of Michael LaHood Jr.