Getty Cantinflas at an airport.

Mario Moreno, also known as Cantinflas, is being honored today with a Google Doodle on what would have been his 107th birthday. He is one of the most beloved comedians of all time, and was a prominent philanthropist  throughout his career.

“Despite his success, Cantinflas never forgot his roots,” Google says in its description. “An avid charitable giver during his career, he also spent life after retirement organizing benefits for various charities, and at one point provided quality housing for more than 250 low-income families in Mexico City.”

With that in mind, many fans might be curious as to how much money Cantinflas had at the time of his 1993 passing. According to Latin Heat, he had an estimated net worth of $25 million. Learn more about the comedian below:

1. He Was the Highest Paid Comedian During the 1950s

By the time Cantinflas made his Hollywood debut in Around the World In 80 Days, he had already amassed a personal fortune of $25 million. The film went on to become a massive success, earning the Oscar for Best Picture and grossing $42 million at the box office, which translates to $355 million when adjusted for inflation. For the rest of the 1950s, Cantinflas was said to have earned an estimated $1.5 million a year, making him the world’s highest-paid comedian. This placed him above other legendary performers like Jerry Lewis and Charlie Chaplin, who once called him “the best comedian alive.”

According to the New York Times, Cantinflas made the most of his lucrative wealth. He owned five homes, including one in Mexico City with a swimming pool, a bowling alley, and a home theater. He owned an extensive art collection, and maintains a chain of barbershops and beauty salons. He also owned a private jet, which he often used to fly to his 1,000-acre ranch, known as La Purisima. It was there that he raised bulls.

2. He Donated Half of His Annual Salary to Charity

In addition to film, Cantinflas maintained a passion for charity throughout his life. He reportedly donated half of his annual earnings to families residing in his native Mexico City. In 1966 alone, the Los Angeles Times reports that he gave out $175,000 of his own money to his fellow countrymen. He also supported more than 250 destitute families in the Mexican neighborhood of Granjas, and later built 64 apartment houses that he sold to them for a fraction of their actual cost.

Cantinflas also raised money for local charities by appearing at dozens of annual benefits. The most popular of these were the ones where he performed stunts as a wacky bullfighter, as they consistently sold out the Plaza Mexico.

When asked why he felt the need to put his money back into Mexico City, the comedian said: “My character is part of this country. Cantinflas represents the humble Mexican who wants to overcome himself and accomplish something in life. This is the message of the films.”

3. Cantinflas’ Son & Nephew Fought Over the Rights to His Filmography After His Death

After Cantinflas passed away from lung cancer in 1993, a legal battle arose between his only son, Mario Arturo Moreno Ivanova, and his nephew, Eduardo Moreno Laparade. The former claimed that he deserved to own his father’s 39 films as a birth right, while the latter claimed that Cantinflas gave him the rights to the films on his deathbed.

Laparade said that the comedian signed the cession of rights over to him, but Dr. Víctor Manuel Rivera Olmos said that Cantinflas was unable to sign any documents due to his physical and mental condition. “He was under sedation,” Dr. Olmos stated. “It was impossible to sign documents.” It was later brought into question whether Olmos’ testimony was accurate.

“The most important thing is that I never lost the rights,” Moreno Ivanova told Univision. “They never took away the ownership of them, I was always the owner of the films and now this verdict reaffirms or clarifies more than ever, that I have had the ownership of the 34 films.” When asked whether he felt he would win the court case, Moreno Ivanova said yes. “He [Laparade] has nothing left but to swallow his bitter tears of defeat,” he quipped.

The court battle carried on from 1993 to 2005, which Moreno Ivanova eventually won after two appeals. He was awarded the rights to the Cantinflas catalogue, which included royalties that exceeded $100K.

4. His Son Lost Ownership of the Films to Columbia Pictures

During his court battle with Laparade, Moreno Ivanova also had to contend with the legal might of Columbia Pictures. The studio claimed that it had bought the rights to 34 of the Cantinflas films four decades earlier, and that Moreno Ivanova was violating their agreement with his father. “We’re fighting for our rights,” Moreno Ivanova said. “I don’t want to see Columbia, this foreign company, get the rights or become the owner of a Mexican national treasure. These films were my father’s treasures–that he left me and that he left Mexico.”

While there was some discrepancies with the paperwork, the courts ultimately ruled in favor of Columbia, and awarded them the rights to the films. “After conducting the second phase of the trial,” read the court document, “the court permanently enjoined Ivanova from licensing, distributing, marketing or otherwise exploiting or benefitting from 34 Cantinflas motion pictures.”

Cantinflas on the set.

Moreno Ivanova violated these terms, however, when he authorized another company to release two films, El Patrullero 777 and El Barrendero, on DVD for a $10,000 advance. The judge ordered that he be sent to prison, thereby keeping Moreno Ivanova from re-entering the United States. According to the Hollywood Reporter, he was granted immunity to attend the U.S. premiere of Cantinflas, the 2014 biopic starring Óscar Jaenada.

“My father always talked about Columbia as being the distributor of the films. He never, ever said the films had been sold,” Moreno Ivanova told the Los Angeles Times. “If my father saw this, he would die again–of anger.

5. His Films Continue to Generate Millions of Dollars Annually

Despite the fact that many of Cantinflas’ films date back to the 1940s, they continue to generate millions of dollars in revenue. The Los Angeles Times estimates that Columbia makes $4 million a year from their Cantinflas reissues. Add to that an additional $4.6 that the studio recouped in royalties when they beat Moreno Ivanova, and its clear that there’s still a massive audience for his films.

“My father was the center and everyone lived off him,” Moreno Ivanova said. “Columbia knows that Cantinflas’ films are a gold mine–even though they say that people aren’t interested any more.” Columbia officials told the Los Angeles Times that they have fulfilled their decades-old commitment to pay royalties to the actor, however, and upon concluding the case, nearly $2 million was dispersed amongst his family from an escrow account. Its unclear whether this account was set up by Cantinflas himself. 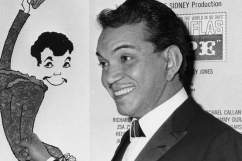 Read More
Google Doodle, Money, Net Worth 5 Fast Facts
Mario Moreno Cantinflas was one of the highest-paid comedians of his generation. Learn how much he was worth here.