YouTube/Tracey Beanz Tracy Diaz was named as one of three "conspiracy theorists" involved in perpetuating the Qanon conspiracy theory, according to a new report by NBC.

Tracy Diaz is an alleged “conspiracy theorist” who helped “spark some of the first conversation about Qanon,” according to a new report by NBC News.

Qanon is a complex conspiracy theory that surfaced as a vessel to “leak intelligence” for a hypothetical war being waged by Trump against politicians like Hillary Clinton, as well as the Hollywood elite. There is no substantiated evidence for any of these claims.

In the new report by NBC, Tracy Diaz was one of three individuals named as conspiracy theorists pushing the Qanon conspiracy theory into the mainstream, along with Paul Furber and Coleman Rogers.

1. Diaz Is a Former Talk Show Host for ‘TD Uncensored With Tracy Diaz’

NBC reports that Diaz found moderate popularity on YouTube talking about things like the “pizzagate conspiracy”, another unsubstantiated claim relating a child sex ring to a Washington, D.C., pizza shop. 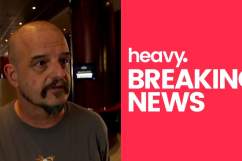 2. Diaz Revealed Her Involvement to the Qanon Conspiracy Theory in a Self-Published Blog

My name is Tracy Diaz. I’ve been an activist for a gazillion years, and you can find me using a google search. ?My friends have called me Beanz since high school. Even my husband calls me Beanz. Did you guys know that we are taking the damn country back?! #MAGA!!!

In a lengthy blog post that detailed Diaz’s involvement with the two moderators for Qanon on Reddit, Diaz claimed that the goal was to increase interest around Qanon, in order to yield bigger followings for all three of them as well.

NBC notes that on November 3, 2017, three days after the first 4chan post by “Q,” Diax said that she was going to be covering the posts, “just in case this stuff turns out to be legit because honestly it kind of seems legit.”

Diaz was reportedly one of the first people to talk about “Q” and bring it to the mainstream, and her YouTube channel ‘Tracey Beanz’ now has over 90,000 followers.

In her same blog post, Diaz explains that she was the one who suggested that the moderators move the ‘Q’ thread over to Reddit, where it was more readily accessible to people, rather than fringe messaging boards.

She wrote, “I recommended we start the CBTS reddit board. And the Reddit was born. Intially I was very involved with modding and talking to folks over there, but at the time, I was working a full time job, doing this research, and being a wife and mother, and it just got to be too much, so I handed the reins over to the anons to take care of the board instead.”

However, she added immediately after, “I do not have any technical knowledge, insider knowledge, etc so on and so forth about WHY Q moved boards. I just do not know. I can not speak to any of those details or answer any of those questions, because I just don’t know.”

NBC notes that after moving the thread to reddit, Diaz and the two other moderators all picked up tens of thousands of followers on both Reddit and YouTube.

4. Diaz Is a Wife and Mother of Two Children, & Describes Herself as an ‘Independent Journalist’

Diaz defines herself as an ‘independent journalist’ and ‘FACT BASED researcher’ on her blog, though it’s unclear who she writes for, outside of her own blogs and social media channels. What’s more, she is a mother of two and is married to an unknown partner.

Most of her blogs are focused around uncovering alleged conspiracies. The titles include: ‘The Mueller Investigation: Is There More to Gates?’ and ‘Las Vegas Transparency: Is There Something Here?’

For each blog, there’s an option to “support” Diaz by paying her via Patreon.

5. Diaz Maintains That She Is Not ‘Q’ & Does Not Know Who He/She Is

Diaz has consistently maintained that she is not Q and does not know who he or she is.

In her blog post, Diaz wrote, “I wrote this long seven thousand word piece today, to hopefully put to bed some of the innuendo and rumor out there, and stave off these accusations that have been so maliciously thrown at me. I have done nothing to hurt anyone. I am not misleading anyone- my work is open source. You are not required to like or even trust me for the information to be of value to you. This work I am doing, my social media, my YouTube– they are not about ME as a person. They are about getting the sunlight on the evil and corruption in this world. I am honored to be able to help you all to learn a little more about it, and if you like me as a person as we go along, then that is even better.”

She continued, “My dad once told me that all you really have in life is your integrity. I have made that a cornerstone in my adult life, and I hope that as we move forward, you know that I am doing all of this from a place of love, with all of my soul dedicated to HONEST, SOURCED, investigative journalism, done WITH INTEGRITY. Thank you all for coming with me on this journey. Thank you so much for doing this with me, for your kind words, your warm virtual hugs, and the constant support you have shown me through all of this mess. I appreciate it more than you know.”

Loading more stories
wpDiscuz
0
0
Would love your thoughts, please comment.x
()
x
| Reply
Tracy Diaz was named as one of three "conspiracy theorists" involved in perpetuating the Qanon conspiracy theory, according to a new report by NBC.