Sylvester Zottola has been shot and killed in the Claremont neighborhood of the Bronx. 71-year-old Zottola has long been suspected of being involved with the Bonanno crime family, and faced at least three separate attacks over the past 12 months.

1. Sylvester Zottola Was Targeted in a ‘Mafia-Style Assassination’ While Waiting For Food at a McDonald’s

BREAKING: Sylvester Zottola, 71, a reputed Bonanno-family associate was killed in a gangland style shooting, while ordering food in the @McDonalds drive thru in Claremont, Bronx, per law enforcement sources. pic.twitter.com/6GdISH7Hpx

Sylvester Zottola was shot at least four times while sitting in his car in a McDonald’s drive-thru on October 4, 2018. Sources told the New York Post that Zottola was shot in the head, shoulder and chest.

A source described the shooting to the New York Times as a “mafia-style assassination.” Zottola was pronounced dead at the scene. No arrests have been made.

2. Sylvester Zottola Was Targeted at Least Three Times Over the Past Year & Was Stabbed in the Neck During One of Those Attacks

Sylvester Zottola was targeted at least three times within the past 12 months. In September of 2017, he was allegedly hit over the head while walking near his home in the Bronx. Then in December of 2017, he was stabbed in the neck at his own house. The attackers were allegedly burglarizing the house when Sylvester walked inside.

In June of 2018, Zottola told police that a man had threatened him with a gun outside of his house. He fired his own weapon, allegedly in self-defense. Zottola was arrested and charged with three felonies and a misdemeanor, including for criminal possession of a weapon in the second degree. According to court records, Zottola was due back in court on October 9 in connection to this case. 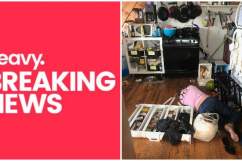 3. Zottola Was Accused of Having Mafia Ties

Sylvester Zottola had a reputation of associating with suspected Mafia members. He was suspected of being involved with the Bonanno crime family in New York.

Sylvester Zottola was specifically connected to Vincent Basciano, otherwise known by his nickname, “Vinny Gorgeous.” He was convicted to life in prison in 2011 for two murders.

Sylvester Zottola reportedly partnered with Basciano in running Joker Poker machines, according to court documents filed in the Eastern District of New York. In 2006, Basciano was convicted of Racketeering Conspiracy in connection to the gambling machines.The case document also shows that Basciano was accused of ordering an assault on a man identified as Frank Porco, because he had gotten into an argument with Sylvester Zottola.

Salvatore Zottola was shot outside the family home on July 11, 2018, around 6:30 a.m. The attack was captured on surveillance camera. Salvatore was standing by his own vehicle when another car pulled up alongside.

A shooter got out of the car and pulled the trigger, striking Salvatore three time. He survived the attack, but refused to cooperate with investigators at the hospital. No arrests have been made.

5. The Zottola Family is Well-Known in the Bronx; Sylvester & His Son Built the Large Family Property

Google MapsZottola home in the Bronx

The Zottola family is well-known in the Bronx. According to the Bronx Times, Sylvester and his son Salvatore were responsible for the construction of a lavish riverfront property near Locust Point Marina, on the eastern tip of the borough. Neighbors told the newspaper that the Zottola’s used the property for summer get-togethers.

The family reportedly owns at least three four-story homes in the area, as reported by the New York Daily News. There is a sign nearby that marks the area as “Zottola Court.”