Facebook The victims of the SunTrust Bank shooting in Sebring, Florida, have been identified as, clockwise from top left: Cynthia Watson, Marisol Lopez, Jessica Montague, Ana Pinon-Williams and Debra Cook.

The five women killed when a gunman entered a bank in Sebring, Florida, on Wednesday have been identified by police and their families. The victims include four SunTrust Bank employees and one customer. The four employees have been named as Marisol Lopez, Ana Pinon-Williams, Jessica Montague and Debra Cook. The customer was Cynthia Watson, according to the Sebring Police Department. None of the women knew the suspected shooter, who police say entered the bank, took it over by force and then executed the five victims before calling 911 on himself.

The 21-year-old suspect is facing five counts of murder as the investigation into the shooting continues. Police have not yet determined a motive. Authorities said the small central Florida community of Sebring will come together to mourn and remember the victims lost in the shooting while seeking justice for them.

“This has been a tragic day for our community. We’ve suffered a significant loss at the hands of a senseless criminal doing a senseless crime,” Sebring Police Chief Karl Hoglund said in a statement on Wednesday. “This is something that you hope will never happen anywhere, much less in your hometown. We will continue to investigate and work to see that the victims and their families are taken care of and that they receive the justice they deserve.”

Highlands County Sheriff Paul Blackman added, “I am heartbroken that this horrendous incident has occurred in our county. I pray for the victims, their families and our community. This tragedy will have a lasting impact on Highlands County and likely this community will never be the same. I have been in law enforcement all of my adult life and this horrific incident shocks and angers me more than anything I have encountered in my career. While we still don’t know what drove the suspect to commit this heinous act, there is no excuse that can justify the cold-blooded murder of multiple victims.”

Hoglund said at the press conference, “Today has been a tragic day in our community, we’ve suffered a significant loss at the hands of a senseless criminal doing a senseless crime.”

State Attorney Brian Haas said at a press conference Thursday, “As state attorney it is my responsibility to prosecute this case. And that we will do. We have two priorities, one to build the best case possible to ensure prosecution that ends in a successful result, while seeking everything we can, the maximum allowed by law. The second priority is to be there for the families of the victims. They are hurting today in an unbelievable way. We want to be there for them to make sure that with the terrible thing they have been through that this next step, the criminal justice process, goes as smoothly as possible.”

SunTrust Bank said in a statement on Twitter, “We will stand strong. It is difficult to know where to start to recover other than taking a first step, then another. Today that journey begins, and we will do it together. #SebringStrong.”

These are the names, photos and stories of the victims of the SunTrust Bank shooting in Sebring, Florida:

Cynthia Watson was a customer in the SunTrust Bank on Wednesday when she was shot and killed along with the four women who worked there. Watson, 65, was married just weeks before the shooting. She and her husband, Tony Watson, announced their marriage on January 3. They dated for five years before their wedding, according to a Facebook post. She lived in Venus, Florida, with her husband and their pets, including two Shih Tzus, chickens and goats, according to the Highlands News-Sun. She was remembered by friends as an animal lover.

“She’s the first real true friend I ever had. She was one of those people who would do anything for anybody,” Marilyn Martin told the newspaper. She said Watson loved her husband more than anything else. “He was the love of her life,” she said.

Tony Watson told ABC News, his wife “was very hard working, never stopped and she took care of everyone.” 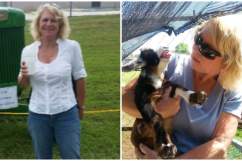 Cynthia Watson: A Tribute to the Sebring Shooting Victim

Marisol Lopez, 55, worked at the SunTrust Bank in Sebring. She was remembered Thursday night at a vigil at Nuevo Pacto, a small Methodist church in Sebring that she belonged to, according to Florida Today. The chapel was packed with mourners. Lopez also taught Sunday school at the church.

“We cannot explain what happened because it came from darkness and we don’t deal with the darkness,” the Rev. Rinaldo D. Hernandez, Southwest District superintendent of the United Methodist Church told Florida Today.

Lopez was married with two children. She loved to travel with her husband and was remembered for always smiling. “She had the best personality, always friendly, always smiling and always generous,” her neighbor, Gil Osborne, told FOX 13 News. 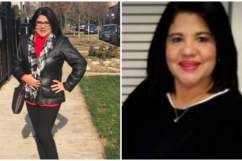 Marisol Lopez: A Tribute to the Sebring Shooting Victim

Ana Pinon-Williams, 38, was identified by her family at a press conference Thursday. Williams, a mother of 7 children, loved her job at the bank, her brother-in-law, Tim Williams, told reporters at the press conference, according to WTSP-TV. “We will never forget Ana, she will forever live in our hearts and minds,” Williams said.

“We do not know what was going on in the mind of the individual who committed this atrocious act, but we do know he was influenced by the darkness in this world,” Williams said. “We will not try to understand the darkness, but we will with God’s help overcome it.”

Williams added, “Her life was truly a light in this world, she made it a better place. We are determined to let Ana’s memory be marked by the life she lived, the people she loved, and the difference she made.”

Ana Piñon-Williams: A Tribute to the Sebring Shooting Victim

Jessica Montague, 31, worked as a teller at the SunTrust Bank in Sebring, according to her Facebook page. Her husband, Jermaine Montague, told NBC News that she was one of the victims of the shooting. The couple had a 3-year-old child together.

A regular customer and friend told Inside Edition that Montague was the mother of five children and was planning to celebrate her wedding anniversary next week. She and Jermaine were married on January 30, 2018, according to her Facebook page. 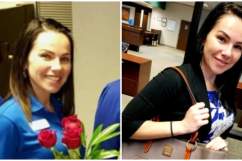 Jessica Montague: A Tribute to the Sebring Shooting Victim

Debra Cook, 54, was also killed in the shooting and was an employee at SunTrust Bank in Sebring, where she worked as a teller, according to her Facebook page. Cook was identified as one of the victims of the shooting on social media by her family.

Cook, originally from California, had been married to Michael Cook since 1984 and is also survived by her two sons, grandson, granddaughter and daughter-in-law.

READ NEXT: Off-Duty Cop Is Killed by an On-Duty Cop in ‘Accidental’ Shooting