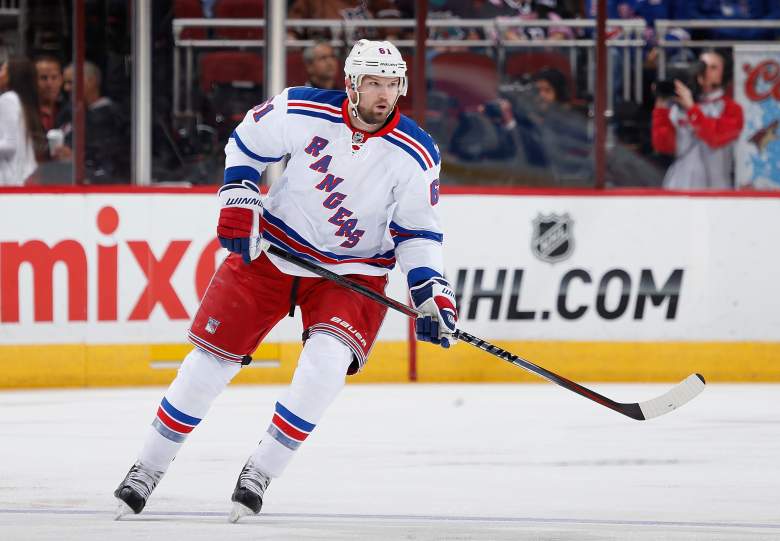 Rick Nash and the New York Rangers are the oddsmakers to win the Stanley Cup. (Getty)

The puck drops on the NHL Playoffs Wednesday night with 4 games.

So, of course, the sportsbooks have released their odds and the New York Rangers are the favorites at 5/1. The Rangers won the Presidents’ Trophy for the best regular season record at 53-22-7.

New York made the Stanley Cup Finals last season with after having the fifth-best record in the East, but fell in 5 games to the Los Angeles Kings. The Rangers have won 4 titles with the most recent coming in 1993-94.

At 7/1 are the Chicago Blackhawks and the Western Conference-leading St. Louis Blues are 15/2. The Anaheim Ducks and Minnesota Wild come in at 9/1.

The defending champion Kings missed out on the playoffs by 2 points.

Keep reading for all the odds of the all playoff teams:

Odds to Win the Stanley Cup

The below odds were provided by sportsbooks monitored by OddsShark.com and are subject to change. 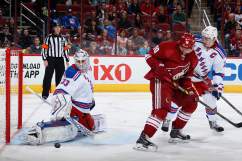 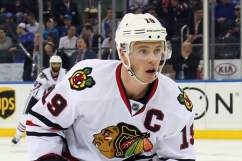