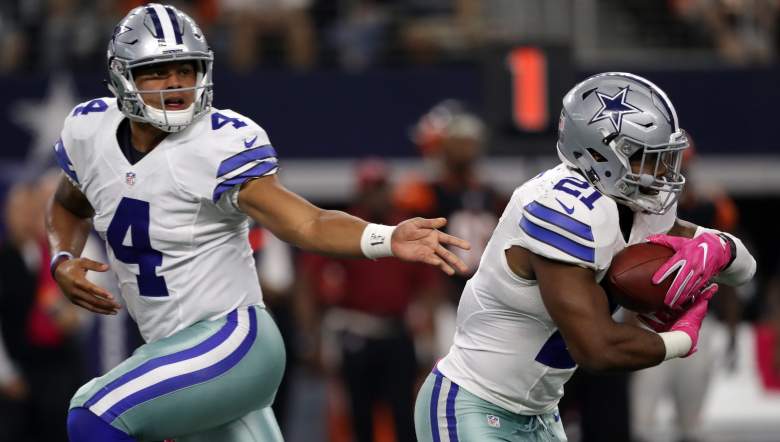 The Zak and Zeke Show took over Lambeau Field on Sunday.

The rookies led the Cowboys to a 30-16 victory over the Green Bay Packers in an NFC showdown.

Dak Prescott threw his first interception of the season, but also tossed for 247 yards and 3 touchdowns on 18 of 27 passes. He hit Cole Beasley for 2 scores and Brice Butler for the other.

Ezekiel Elliott once again gashed an opposing defense by running for 157 yards on 28 carries. He now has at least 134 yards in four consecutive games.

The Packers had allowed just 171 rushing yards entering the contest, but Dallas totaled 191 on 33 carries behind a superior offensive line.

Aaron Rodgers completed 31 of 42 passes for 294 yards with a touchdown pass to Randall Cobb and an interception.

The Cowboys won their fifth straight to improve the 5-1. Green Bay dropped to 2-3.

The Packers have a quick turnaround when they host the Bears on Thursday Night Football. The Cowboys are on a bye.

The Dallas Cowboys visit Lambeau Field on Sunday for an NFC showdown with the Green Bay Packers.

Rookies Dak Prescott and Ezekiel Elliott are making it look easy. The Cowboys (4-1) have reeled off four consecutive victories behind the first-year players. Prescott has yet to turn the ball over and Elliott is the league’s No. 1 rusher.

Overall, Dallas is the top rushing team in the NFL, going for 155 yards per game. Green Bay has the stingiest run defense, allowing only 48 yards per game on 2 yards per carry.

The Packers (3-1) are coming off a 23-16 win over the Giants, but seemingly haven’t hit their stride offensively. Aaron Rodgers has thrown for 9 touchdowns but is only completing 56.1 percent of his passes. 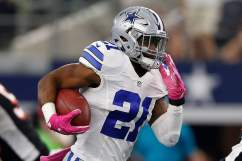 What Time & TV Channel is the Packers vs. Cowboys Game on? 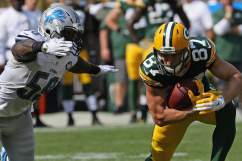 Packers vs. Cowboys Live Stream: How to Watch Game Online

Read More
Dallas Cowboys, Football, Green Bay Packers, NFL
The Cowboys went into Lambeau Field on Sunday and pulled off the win over the Packers. See the highlights from the Week 6 game here.