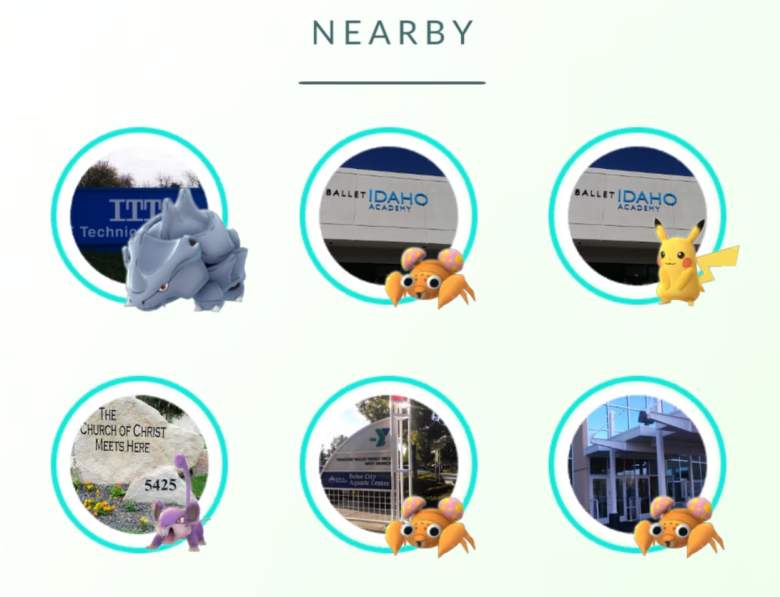 The new ‘Pokemon Go’ nearby tracker shows what Poke Stop a species is near. (Reddit/Macjcool)

The new Pokemon Go nearby tracker is beginning to roll out around the world.

With this updated tracking system, Pokemon Go trainers can get a better idea of where specific Pokemon are located, as the tracker shows which Poke Stop the creature is closest to at any given time. This replaces the old system, in which players were informed of what Pokemon were nearby but were given no information more specific than that. When the game first came out, players could pinpoint a Pokemon with a system of one, two or three footsteps.

Receiving this new tracker does not require any sort of update; if it’s available in your area, just open the app and the tracking system should have been replaced automatically.

This tracker was actually announced months ago, initially being made available only to players in San Francisco. It was expected that in a week or two, the feature would begin expanding to users outside of California, but then it just never did. On November 22nd, thousands of players around the world finally began to get the tracker, though it’s still not available for everyone yet. So where has the feature been unveiled?

Niantic specified on their Facebook page today the areas that have received the new tracker. They are:

On Facebook, Niantic also said that they have updated the feature based on feedback from those who received it early.

Still, reviews of the new feature have been mixed to say the least, especially among those in rural areas, where there are very few Poke Stops.

“It is awful,” Reddit user tinrose complained on the Silph Road subreddit. “I can’t see anything nearby anymore. I’m a level 30 and this may be enough to make me stop playing.”