Duel is unlike almost every other Pokemon installment that has been released, and it’s quite different than the most recent mobile entry, Pokemon Go. While Go is quite self-explanatory and easy to pick up and play, Duel is a bit more complicated than it sounds.

Here are some of the key tips and tricks you need to know as you start playing Pokemon Duel.

Be sure to check your messages and daily missions tab. (Pokemon Duel)

Pokemon Duel players can obtain additional boosters in the game’s shop by trading in gems. You can purchase gems with real world money, or you can just get them through regular gameplay,

However, it’s not immediately clear at the start of the game where you get these free gems. Well, right off the bat, you’ll get a bunch of them as a reward for completing the tutorial, except they don’t just show up in your inventory automatically.

Instead, from the Leagues screen, hit the menu button (the one with six squares arranged in two rows of three). Then go to messages, and you should have a handful of messages in there already. Open any one of these and there will be a gem bonus which you can now take, and this will be added to your inventory.

You can also get coins by completing daily missions, but once again the coins don’t just show up in your inventory. You have to go to “Daily Missions,” then select the mission that you have completed, and then the coins will be added to your bank.

2. Surround a Pokemon to Defeat It

Surround a Pokemon on both sides to knock it off the board. (Pokemon Duel)

There’s a much easier way of knocking one of your enemy’s Pokemon off the board than actually battling it.

All you have to do is surround an enemy Pokemon on both sides, and the Pokemon will automatically be removed from the board without you having to do anything at all.

This is also something important to keep in mind as you play the game and plan out your moves: make sure your opponent never comes close to cornering you with two Pokemon. It’s for reasons like these that just thinking out your moves in advance is much more important in this game than the battles are.

Battles in ‘Pokemon Duel’ are determined by matching colors up against one another. (Pokemon Duel)

One other aspect of the game you’ve got to get down right away is the different colors of attacks and what the hierarchy is.

The lowest tier attack is white; these are most of your standard attacks, and when both players land on a white attack, the winner is simply whoever winds up with the larger point total.

Next are gold attacks; these are like white attacks except they beat purple attacks, whereas purple beats white. However, when gold is matched up against white, the winner is whichever one has the highest score, regardless of color.

Finally there are blue attacks, which are defensive moves like protect and dodge which take priority over everything.

Though you might be used to memorizing Pokemon effectiveness from previous games, in Duel, that is not relevant, and the hierarchy of the colors is more important. 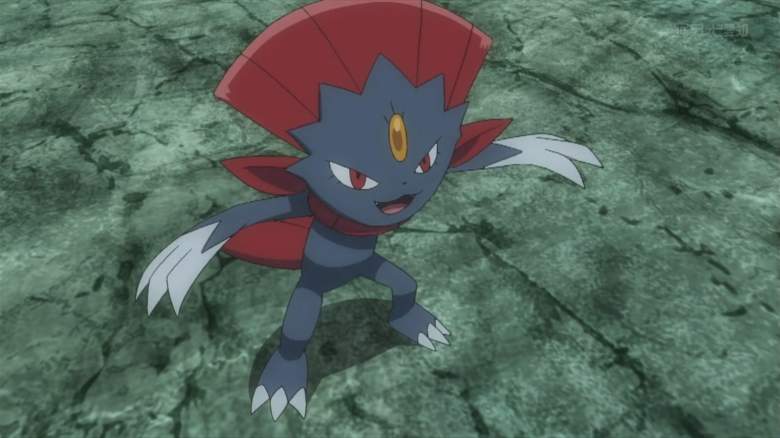 North American gamers are still finding their away around Pokemon Duel and trying to develop strategies, but some who have been playing since the app was released in Japan have shared some useful advice.

One Reddit user named EpicMew2, for instance, shared a strategy they developed around the use of Weavile. Basically, Weavile has an ability called Team Play, which means that “for each Weavile in play, this Pokémon’s attacks do 20 more.” Then there’s Yveltal, who has a two star purple move in which “until this Pokémon leaves the field, your Dark-type Pokémon do +10 damage to their battle opponent.”

You can have a limit of three Pokemon of the same type on your team, but if you build a team of three Weaviles and three Yveltals, these two effects combined will substantially increase the attack power of your deck.

5. Use Salamence & Rayquaza in the Same Deck 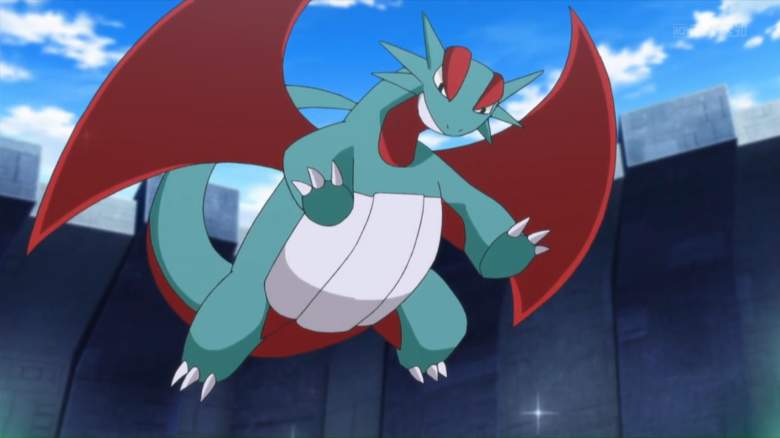 Salamence and Rayquaza are two other powerful Pokemon in Pokemon Duel. (Pokemon Duel)

Another strategy is to pack your team with Pokemon who can jump over their opponent, like Salamence and Rayquaza. As described by Reddit user suprjohn, if your opponent is using this strategy, the best way to fight back is to defend your base with Pokemon that have yellow moves.

Another common strategy is to stack your team with ghost Pokemon that can move through your opponents, in particular Ghastly. If your enemy is using this strategy, you should work even harder than usual to defend your base and avoid actively engaging in battle.