Strap in horror fans, the sequel to Little Nightmares has officially been announced. Revealed during the opening conference at  2019’s Gamescon, Little Nightmares 2 is looking to terrify players once again. Developed by Tarsier Studios, users can expect the same, tense platforming along with a few new surprises. While we are still quite far from the game’s release, here’s everything we know about Little Nightmares 2.

(Author’s Note: We will update this post as new information is released.) 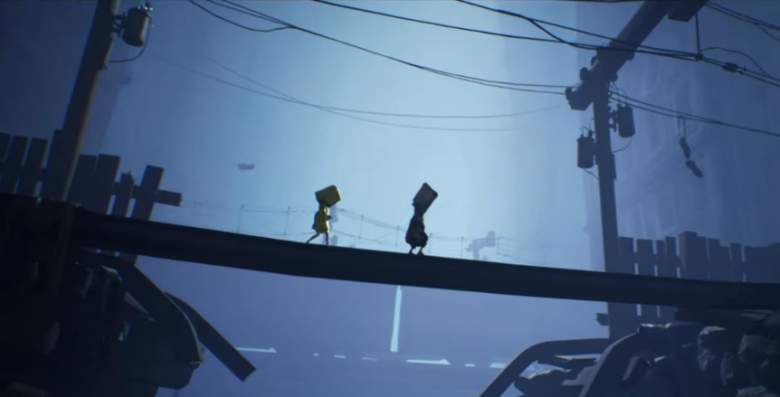 Sadly, we don’t have a firm release date for Little Nightmares 2 yet. However, we do know that the game is coming out sometime in 2020 for PC, PS4, Nintendo Switch, and Xbox One. Since it has only been two years since the original game’s launch, we wouldn’t be surprised if the sequel dropped in late summer/early fall.

Little Nightmares II – PS4 / Xbox One / PC Digital / SwitchReturn to the world of charming horror that has terrified over 1 million fans. Face a completely new set of distorted enemies as Mono, and learn how to be as courageous as a child. Little Nightmares II is coming to PS4, Xbox One, PC Digital, and Nintendo Switch in 2020. Follow us on: Facebook: https://www.facebook.com/LittleNightmaresEU Instagram: https://www.instagram.com/little__nightmares Twitter: https://twitter.com/LittleNights Visit us: https://www.bandainamcoent.eu2019-08-19T18:23:15.000Z

Released at Gamescon, the Announcement Trailer showcases some of the new environments, mechanics, and characters in Little Nightmares 2. The biggest addition is the new character Mono, who acts as a companion to the previous game’s protagonist, Six. Mono is a young boy in a large coat with a bag on his head. RockPaperShotgun reports that Six will be an A.I. companion and not controlled by another player.

We also get a glimpse at some new enemies such as the demented school teacher or hunter with a bag over his head. There’s also a scene showcasing Mono fighting off a group of children with kitchen utensils. Tarsier Studios confirmed that there will be combat in Little Nightmares 2, but it won’t be a driving force in the game.

Some of the new environments include a school, forest, city, and what appears to be a mental asylum/hospital. There’s also a shot of a large tower in the distance called the Signal Tower, but its purpose is currently unknown. Televisions do appear multiple times throughout the trailer, so perhaps these are used to control or brainwash people. 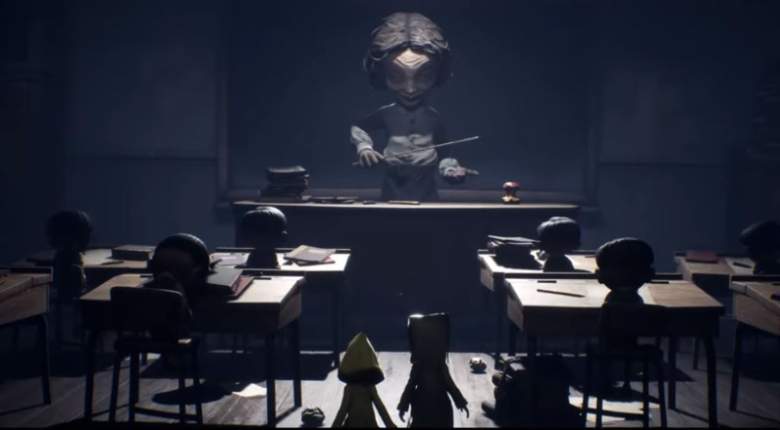 Despite some speculation about where this title falls in the timeline, Little Nightmares 2’s senior narrative designer Dave Mervik told Polygon that this is a true sequel. Following up after the events of Six escaping the Maw, she joins Mono on a journey to the Signal Tower. The story will take place entirely outside of the Maw, so be prepared to explore a bunch of new locations.

One aspect the announcement trailer doesn’t address is how Six lost the dark powers she obtained at the end of Little Nightmares. This was a pivotal moment for the character and it appears that she doesn’t possess any abilities in the sequel.