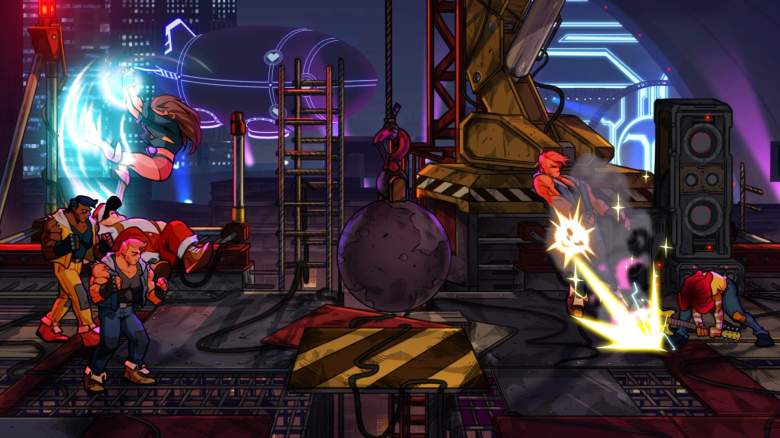 A Streets of Rage 4 review code was provided by the publisher.

SEGA’s vault is overloaded with classic IP’s that aren’t getting the attention that they so desperately deserve. While gamers certainly appreciate new entries within the Sonic the Hedgehog, Shenmue, Yakuza, and Sakura Wars franchises, there are still those who lament the lack of a brand new Shinobi, Virtua Fighter, Jet Set Radio or NiGHTS game. But lately, it seems like SEGA has heard fans’ pleas loud and clear – so far, we’ve been treated to new arcade exclusive installments of House of the Dead and Daytona USA. We also have to include the out of nowhere release of the Panzer Dragoon remake and the unique VR rendition of Space Channel 5. That trend contiues with Streets of Rage 4, which provides further proof that SEGA’s retro library still has plenty to offer when given the love and care it deserves from a dedicated team of developers/fans. 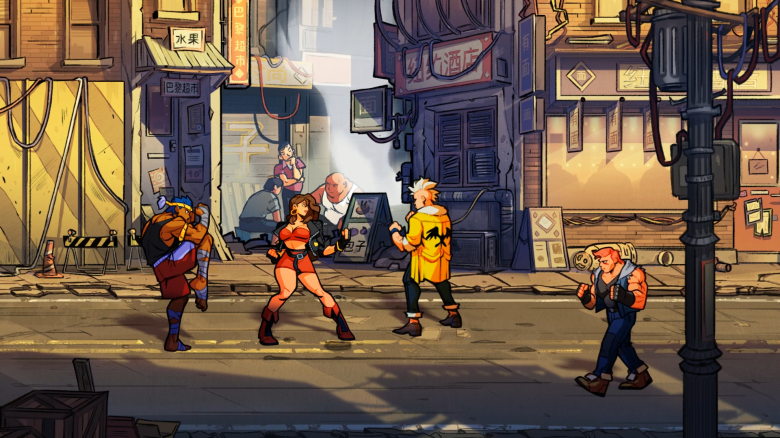 This long-awaited sequel looks like a fanboy’s dream that was magically brought to life. One of the development teams responsible for this series revival is Lizardcube, a studio that lent its graphical artistry to the remake of Wonder Boy: The Dragon’s Trap. If you enjoyed the visual presentation that title presented, then you’re really going to love what Streets of Rage 4 has to offer. The main heroes, familiar baddies, and overall stage design for each level all look amazing. This beat ’em up sequel is a clear step up in the art design department when compared to its 90s contemporaries. The special moves that pause the action for a quick second before unleashing havoc on nearby victims always elicit an excited response due to their flashiness and splendor. Having the option to utilize 16-bit sprites is also a cool nod to Streets of Rage’s storied past.

Now if there’s one thing that Streets of Rage fans regard very highly, it’s the series’ catchy electronic dance music OST (original soundtrack). Yuzo Koshiro, the famed composer for the series, helped construct the musical stylings for this sequel alongside a number of other talented musicians. While the new tunes are solid enough, they simply pale in comparison to the excellent tracks featured in the first two games. Thankfully, you get the option to have tunes from those classic brawlers play out in the background while you dish out some street justice. 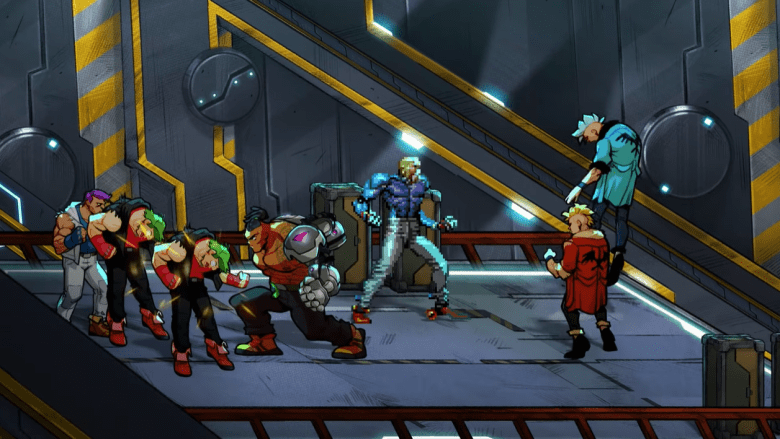 Streets of Rage 4’s gameplay is where the game truly excels. Old favorites return with new looks, old standby combos and some truly devastating super moves to boot. There’s a ton of fun to be had when you and an online buddy perfectly sync up your super moves to maximize damage potential and the combo counter. Each stage presents a new type of syndicate goon to eliminate, which goes towards offering up new enemy patterns to learn and take advantage of. Each character feels wholly unique in their playstyle – once you’re done saving Wood Oak City on your own as Axel, you’ll quickly get the urge to do it all over again with Blaze’s comparatively faster move set. Guard Crush Games knows a thing or two about creating quality beat ’em ups – that fact is perfectly represented by the incredibly fun brawling action presented within this package. 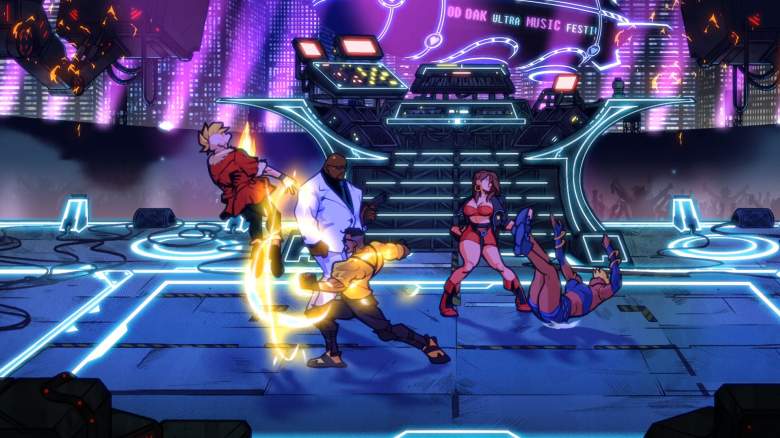 Like your average beat ’em up, Streets of Rage 4 can be completed in a single sitting. But there’s so much more to do and unlock once you’ve completed your first playthrough. The replay value offered here is commendable – there are new characters to discover, an old school Arcade Mode challenge, additional difficulty modes to clear, a Boss Rush mode, and a 2-player co-op option to run through. While all of those features are fine and dandy, the omission of a 4-player online setting is truly upsetting. Sure, you can find three other friends and handle that way of playing in a local setting. But Streets of Rage 4 could have been even better in this current day and age of addictive multiplayer games if a 4-player online co-op option was on the table. 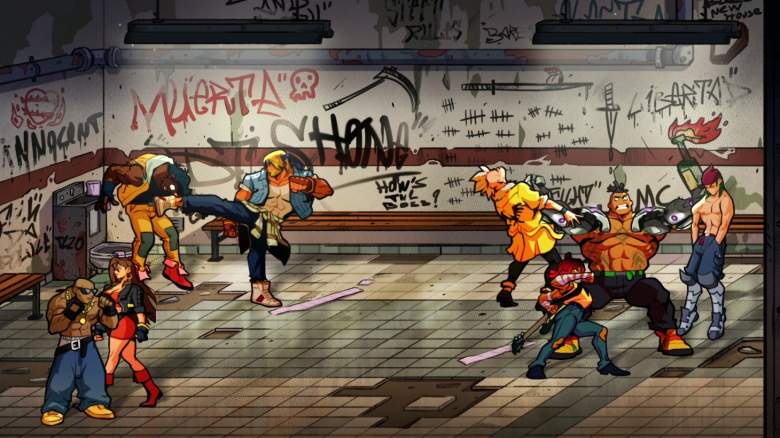 Dotemu, Lizardcube, and Guard Crush Games have done a fine job with their handling of the latest installment in the Streets of Rage series. The retooled 2D animation looks incredible, the beat ’em up mechanics feel immensely satisfying, and there’s so much to do beyond your initial playthrough. From an audio standpoint, the original soundtrack has its moments here and there. But those brand new songs simply don’t measure up the far more superior tracks included from the first two series entries. The lack of a 4-player online co-op option is certainly disappointing. Yet Streets of Rage 4’s awesome presentation, fun combat, and clever Easter Eggs for series fanatics still make it worth a recommendation.