Slowly, but surely, Fortnite is collecting just about every superhero in the world and putting them into the game.

This has ramped up significantly in Chapter 2 with Deadpool, the X-Force, Aquaman and Black Manta.

At the time of this writing, DC’s Harley Quinn is back in the item shop, and it doesn’t seem like that was just a coincidence.

Ahead of the DC Fandome’s event later this month, Epic Games and Warner Bros have teamed up once again with The Last Laugh bundle which introduces the clown prince of crime, Joker, and fellow supervillain Poison Ivy from the DC Universe.

What’s In The Last Laugh Bundle? 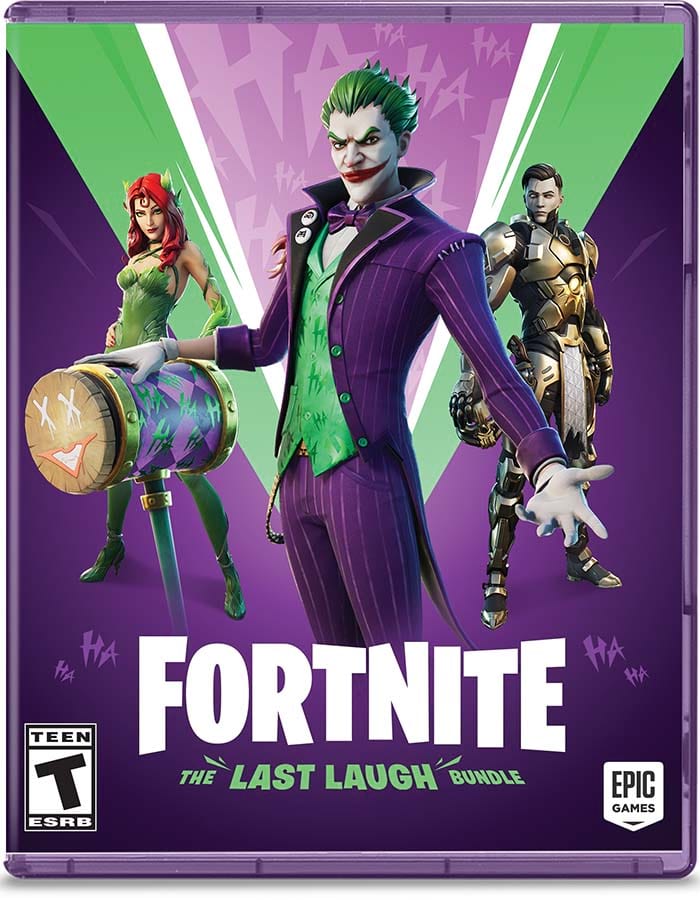 Epic Games / Warner BrosMore DC characters are on the way.

This bundle will be available for $29.99, but before you complain about that being a steep price, keep in mind that special skins often retail for $10+ each time they hit the shop.

In this particular set, you’ll be able to get your hands on three special skins, with one of them being very interesting.

Everybody remembers Midas, the big villain from Season 2 who was seemingly eaten by a shark. It looks like he’s gearing up for a return in Season 4 as he is getting his very own skin called Midas Rex here.

Here’s a look at what’s included:

By the time this bundle comes out, we’ll be well into Season 4 as it’s not set for a release until November 17.

This will be available for Xbox One, Xbox Series X, PS5, PS4 and Nintendo Switch, making it sound like mobile players will be cut out of the deal this time around.

Epic does say they will figure out an option for PC and mobile players to purchase the bundle.

It’s going to be interesting to see if Epic Games plans on working Midas back into the plot of the game, or if he’s just getting a one-off skin.

No matter the case, people are sure to be excited for this bundle!